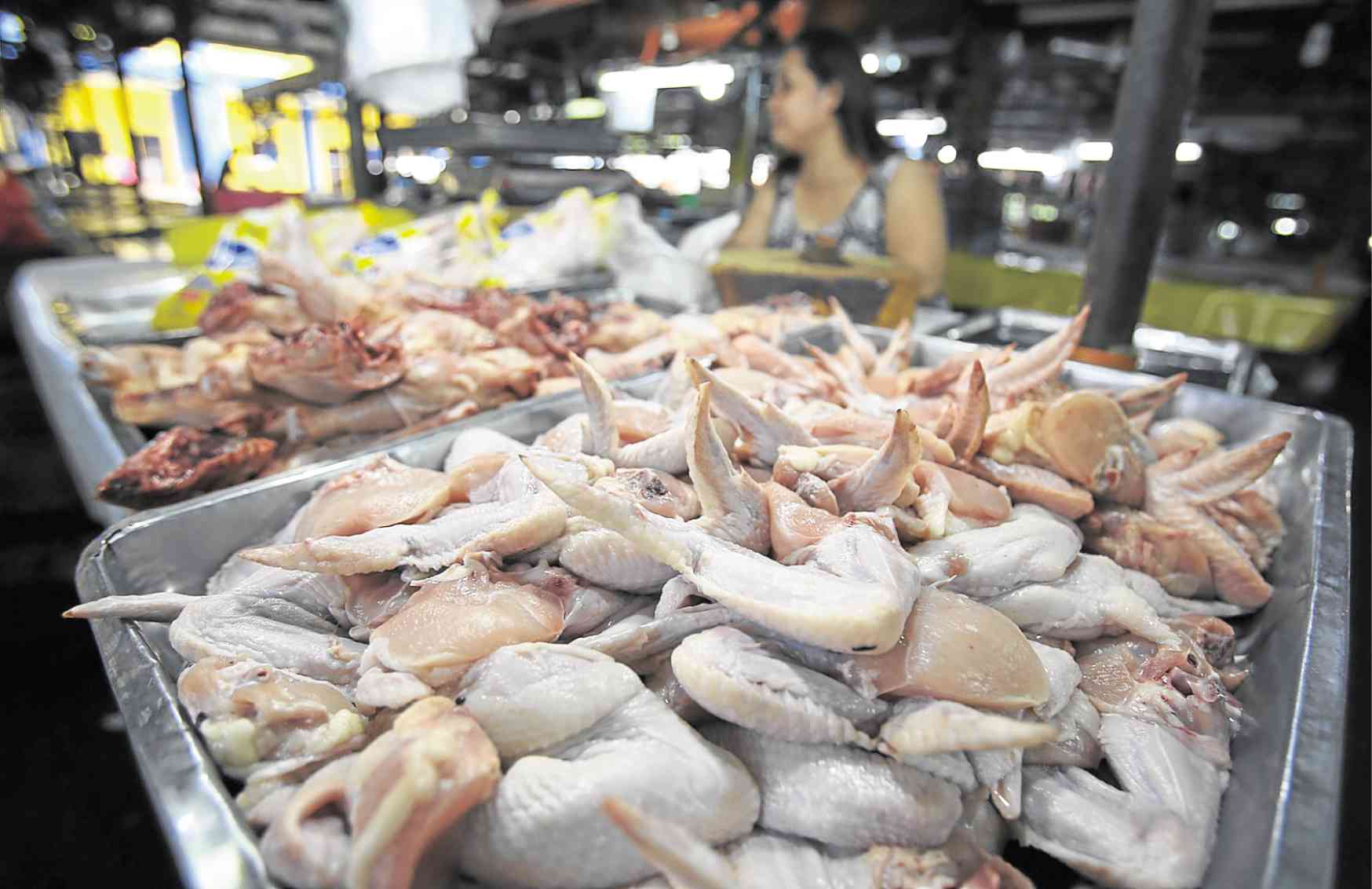 MANILA, Philippines — A national group of poultry raisers has renewed its call to the Department of Agriculture (DA) to temporarily stop the importation of chicken, saying the glut in the frozen inventory of local and imported chicken had worsened over the past three months.

The United Broilers Raisers Association (Ubra) also asked the DA to give backyard raisers enough buffer to recover from their losses without having to compete with imported meat.

“We are requesting that the DA spearhead a legislative effort to seek clear authority that in certain circumstances, the secretary of agriculture may suspend importation,” Ubra said.

Latest data from the National Meat Inspection Service (NMIS) reflect the worsening glut in chicken as the country remains in quarantine fighting off the new coronavirus pandemic.

Compared to the same period last year, the inventory of local and imported dressed chicken in June rose by as much as 284 percent and 74 percent to 42.49 million kilos and 43.27 million kilos.

In March, when the government placed Luzon on lockdown, the inventory was pegged at 53.52 million kilos, which led for farm-gate prices to crash to P30 a kilo or less than the average production cost of P70 a kilo.

Ubra president Bong Inciong said the race to the freezers had not been kind to backyard raisers with limited capital, as they could not afford to store their produce in cold storage  for long. Some have resorted to selling their chicken at losing prices, while others have stopped operations altogether.

The raisers see no solution but the temporary suspension of imports during the pandemic.

With the operation of restaurants, hotels and other food establishments still curtailed by quarantine measures, the glut is expected to continue and even worsen.

This was not the first time that Ubra called on the DA for help.

In a statement last month, Agriculture Secretary William Dar said the agency fully understood the oversupply but added that the crisis would not last long.

“We believe the situation is temporary and brought about mainly by the contraction of market demand … brought by the COVID-19 pandemic,” he said.

He added that the DA would institute policy reforms and build needed infrastructure and processing plants to modernize the poultry sector.

But for the poultry raisers, an immediate solution is the suspension of imports.

Ubra noted that with the rising number of COVID-19 cases in recent days, Metro Manila, Central Luzon and Calabarzon could be headed for lockdown and this would aggravate the poultry raisers’ problem.

The national capital remains the principal market for broilers while the two other regions are the top two producers of poultry in the country.

“In order to preserve the remaining production potential for 2020, the importation of poultry meat and poultry products must cease as soon as possible so that the industry, especially those at the breeder stage of the value chain, can hold on until times are less volatile. This will help assure food security for our people and a viable livelihood for industry stakeholders,” the group said.