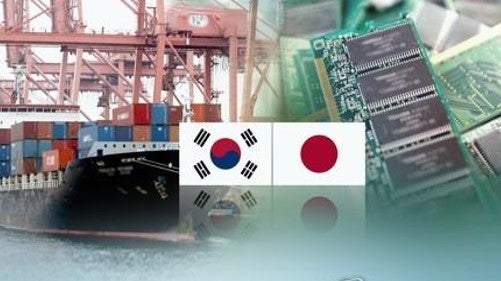 Lotte Asahi Liquor, the local distributor of Japan’s leading beer brand Asahi, saw its sales cut in half in Korea during the period. Its sales dropped 50.1 percent, or 62.4 billion won ($52 million), last year, and suffered an operating loss of 30.8 billion won.

Alongside food and beverage, revenues of automobiles and auto parts, clothing and household goods shrank more than 10 percent from a year ago.

Revenue at convenience store Ministop Korea fell 3.1 percent. Ministop Korea is 96.06 percent owned by Japan’s Ministop and 3.94 percent by Mitsubishi, which has been labeled here as a “war crime company.”

According to CEOScore’s comparison on companies affected by the export curbs, sales of eight Korean companies fell 6.4 percent while revenues of eight Japanese companies rose 4.6 percent during the July-December period last year from a year earlier.

Profitability deteriorated for both Korean and Japanese companies in the materials, parts and equipment industries.