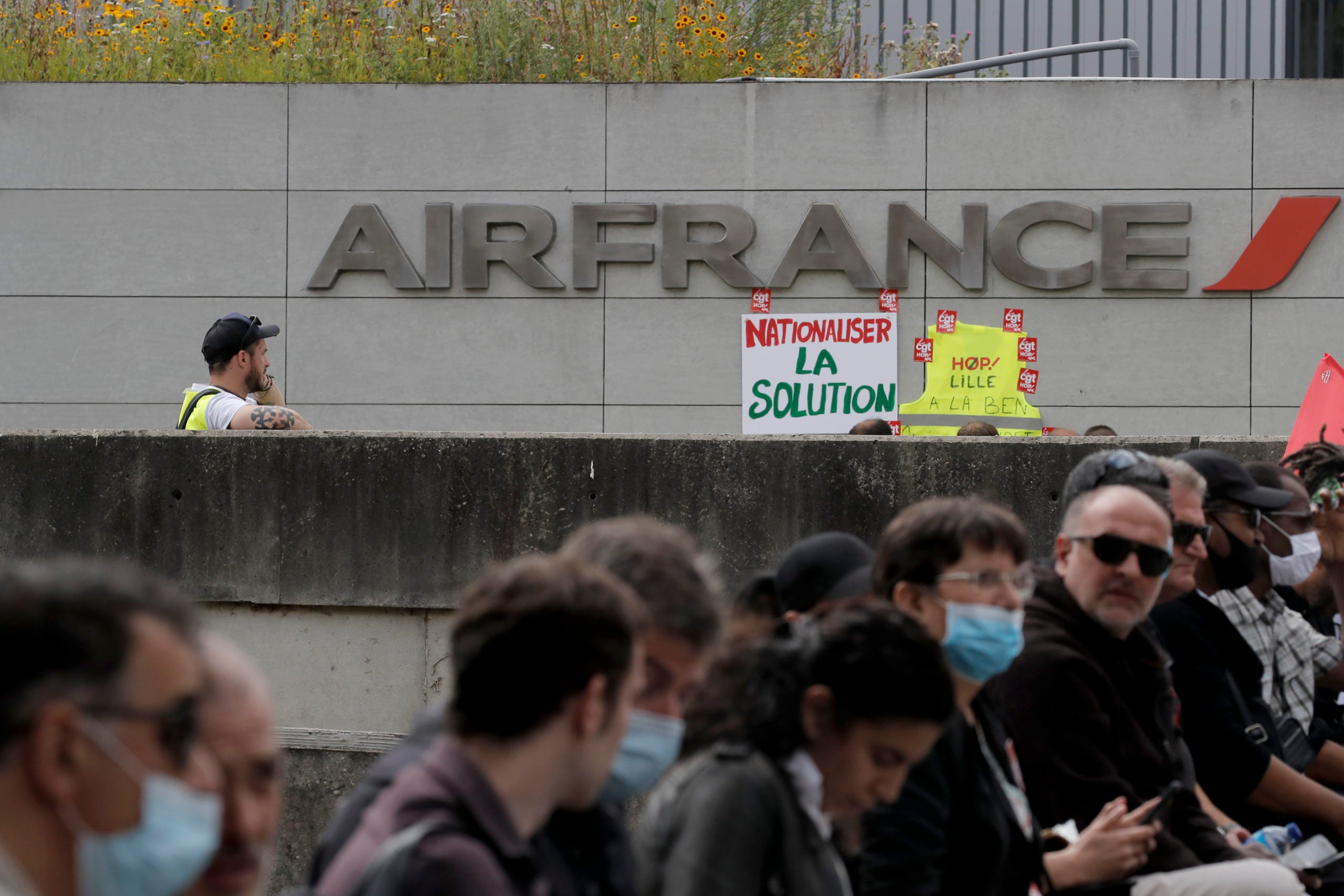 Air France workers gather during a protest in front of the company headquarters in Tremblay-en-France, outside Paris Friday, July 3, 2020. (AP)

They’re particularly angry that the French government didn’t require Air France to protect jobs when it won 7 billion euros ($8 billion) in state bailout funds in May. Workers warned that the job cuts will ripple across the French economy, and said bailout funds should be used to rebuild the company instead of pushing people into unemployment.

The company said most of the losses will come through not replacing retiring and departing workers and that it would encourage voluntary departures and early retirements before imposing layoffs.

Airlines around the world are forecast to lose $84 billion this year, with revenue halved. Some have filed for bankruptcy or sought bailouts to survive the near-shutdown in their activity, and officials predict the industry will take years to recover.

“It’s too easy to take COVID-19 as an excuse,” said Julien Lemarie, a 35-year-old Hop mechanic demonstrating at the airport. “The scale of this plan… it’s enormous, it’s an absolute sledgehammer blow.”

Air France said its traffic sank 95% over the worst three months of the coroavirus pandemic and it was losing 15 million euros a day — and that it doesn’t expect to recover until 2024. The airline argued that the state bailout would allow it to withstand the short-term crisis and help it focus on changing its domestic business model and becoming more environmentally responsible.

The 7 billion euros in state aid for Air France is in the form of loans and loan guarantees and part of a broader 15 billion euro rescue plan from the government for the aviation sector.

The Air France meetings come days after European aircraft manufacturer Airbus, based in France, said that it must eliminate 15,000 jobs to safeguard its future.