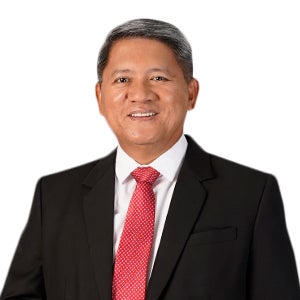 A career official at state-owned Land Bank of the Philippines has been appointed officer-in-charge (OIC) of United Coconut Planters Bank.

The appointment came about a year after the puzzling departure of Higinio Macadaeg Jr. as UCPB chief executive officer over rumored policy disagreements with Department of Finance officials.

For his part, Geron has over two decades of expertise in various areas of banking, particularly branch banking, strategic planning and lending at Land Bank.

He was Landbank’s executive vice president for agricultural and development lending. He had risen from the ranks, starting as a LandBank management trainee in 1994 before heading its various units such as the Visayas branches Group, lending program management group, credit policy department, strategic planning group and the branch banking sector.