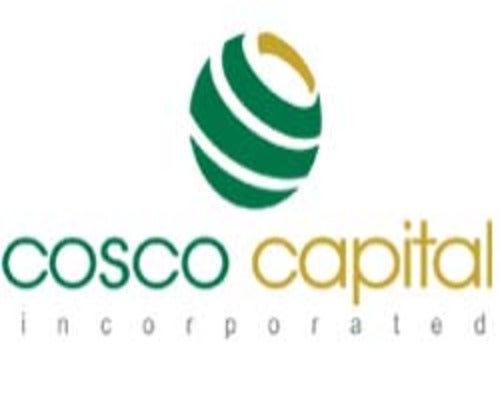 Retail tycoon Lucio Co-led conglomerate Cosco Capital bucked the local downtrend in first quarter earnings as its flagship grocery business made up for the slack in real estate, office supply and liquor businesses at the onset of the local coronavirus (COVID-19) pandemic.

Group-wide revenues in the first quarter increased by 15.1 percent year-on-year to P43 billion despite disruptions arising from COVID-19 pandemic, which triggered lockdown measures that in turn led to the closure of commercial malls and other non-essential business establishments.

This 2020, Cosco has earmarked P3.6 billion for business expansion, mostly for flagship Puregold Price Club which was the only business segment in its portfolio that thrived during the lockdown of Metro Manila and other key regions.

About P3.4 billion of the budget will be earmarked for Puregold, while P150 million will go to the real estate group and P50 million to the Office Warehouse segment.

This 2020, the group is set to open a total of 25 new Puregold stores and has opened two S&R membership shopping warehouses -one in New Manila, Quezon City and another in Circuit Makati.

In its investors’ presentation, the capital outlays will be funded by internally-generated cash and short-term untapped bank credit lines if necessary, Cosco said.

On the other hand, Cosco’s real estate business saw a 5.89-percent decline in first quarter net profit to P294.97 million. Consolidated revenues slipped by 2.39 percent to P535.13 million, mainly due to the temporary closures of all malls and commercial assets and the management’s waiver of rentals and related fees and charges due to the enhanced community
quarantine lockdown.

Cosco’s liquor distribution segment contributed P232.58 million in first quarter net profit, which was flat from the level last year. Revenues declined by 13 percent year-on-year to P1.85 billion mainly due to the liquor ban during the lockdown.

Office Warehouse’s first quarter net profit fell by 34.43 percent year-on-year to P19.13 million due to the temporary closure of all stores due to the lockdown and community quarantine imposed by the government which started on March 16 that lasted until June 1.