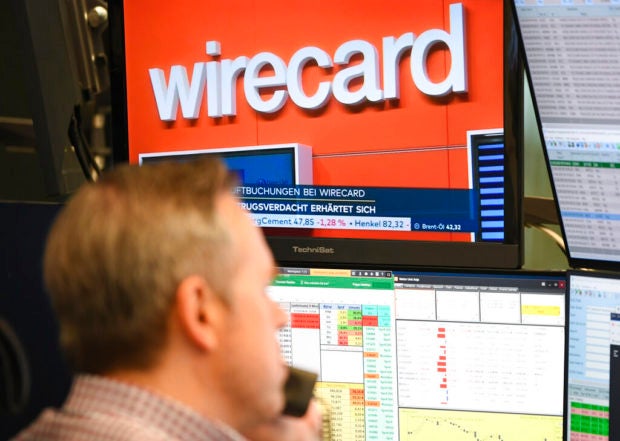 BERLIN — Investigators searched the headquarters of German payment systems provider Wirecard and four other locations Wednesday as part of their probe of an accounting scandal that led to the arrest of the company’s longtime CEO and forced the firm to file for bankruptcy protection.

Twelve prosecutors were supported by 33 police officers as well as police IT experts in Wednesday’s raids, Munich prosecutors said. Five locations were searched — three in Germany, including Wirecard’s headquarters in the Munich suburb of Aschheim, and two in neighboring Austria.

Markus Braun, an Austrian who had led Wirecard since 2002, was arrested last week on suspicion of incorrect statements of data and market manipulation, and then released on bail. He had resigned as CEO days earlier, shortly after Wirecard said auditors couldn’t find accounts in the Philippines that were supposed to contain 1.9 billion euros ($2.1 billion).

His arrest came hours after the company said it had concluded that the money probably didn’t exist. Investors wiped out much of Wirecard’s share value over the past two weeks, and the company said Thursday it was filing for insolvency, a form of bankruptcy protection.

Prosecutors have said they suspect Braun of inflating the company’s financial position using sham income, “possibly in collaboration with further perpetrators,” in order to “portray the company as financially stronger and more attractive for investors and clients.”

Wirecard’s headquarters was already searched on June 5 in an investigation of narrower allegations of market manipulation, involving suspicions that managers may have given “misleading signals” for the company’s share price in statements in March and April, prosecutors said.