Spate of launches in Tokyo amid bullish sentiment on consumer spending 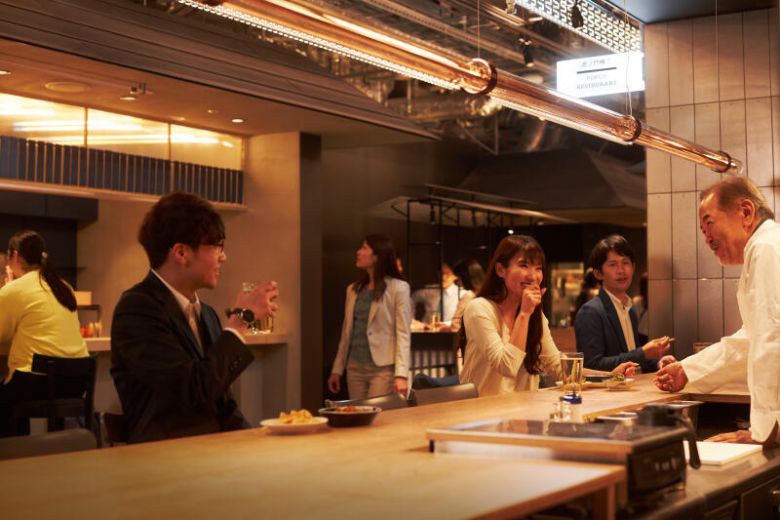 Visitors to the Toranomon Yokocho in the Toranomon Hills Business Tower, which opened to the public on June 11, 2020. PHOTO: MORI BUILDING via The Straits Times

TOKYO — The Japanese capital witnessed a spate of new launches this month as developers and retailers seek to capitalise on the penchant for spending as the city eases its way out of the shutdown from the Covid-19 pandemic.

Among these are at least two new malls, one in the Harajuku youth hub and another in the up-and-coming Toranomon business district, one new tourist attraction that is an ode to Japan’s rich manga history, and even a new metro station.

Elsewhere, tourist attractions like the Tokyo Disney Resort and Mori Art Museum are set to reopen their doors to visitors next month .

But this is notwithstanding a recent, slight resurgence in cases. The bustling metropolis of 14 million recorded 60 cases on Sunday (June 28) in what was the highest daily figure since a national state of emergency was lifted on May 25.

There were a total of 334 cases in the week ending Sunday (June 22-28), with clusters identified in nightlife outlets in Shinjuku, a maid cafe in Akihabara and a human resources company.

Still, developers remain bullish that consumers will be keen to open their wallets after household spending fell a record 11.1 per cent in April from a year earlier in the seventh straight month of decline.

But data from credit card companies indicated a slight recovery late last month, after the emergency decree was lifted, and businesses expect the trend will continue, albeit with Covid-19 safeguards, as people shake off their cabin fever from stay-home requests.

Uniqlo, owned by Fast Retailing, launched two outlets this month, including its brand new flagship store at the Marronnier Gate Ginza 2 mall, a mere 10-minute walk from its other 12-storey Ginza outlet.

Launched on June 19, the 5,000 sq m store at the Ginza mall makes it the brand’s largest outlet in Japan.

“Due to Covid-19, the entire city of Tokyo, including Ginza, lost its vitality. I hope the opening of this store would symbolise the revival of this dynamism,” Fast Retailing chairman Tadashi Yanai said, adding that the brand will continue to be at the forefront of changing consumption trends due to the pandemic.

On the same day, Uniqlo launched a new series of face masks made from fabric used in its Airism line of inner wear – the patented material wicks moisture away and dries quickly, thus producing a cooling effect – immediately drawing long queues of people.

Uniqlo also has a new store in the With Harajuku shopping complex, which opened on June 5 in the youth district. The 12-storey mall, which has an adjacent residential block of 53 units overlooking the park surrounding the sacred Meiji Shrine, also includes a co-working space, an event hall and the first Ikea furniture store in the heart of Tokyo.

In Toranomon, real estate developer Mori opened the 36-storey Toranomon Hills Business Tower on June 11, with an adjacent mall with 82 shops and restaurants, including branches of some of Tokyo’s most highly-rated eateries like Elezo House, a referral-only restaurant in Shibuya.

The building has a dedicated subway station, Toranomon Hills, the first new station on the Hibiya metro line since its launch in 1964.

Meanwhile, a new tourist attraction paying tribute to famous manga creators like Osamu Tezuka (Astro Boy) and Fujiko Fujio (Doraemon) opened on June 27 after a three-month delay due to the coronavirus.

The legendary artists lived in a wooden apartment building known as Tokiwa-so, near the Ikebukuro district, but this was demolished in 1982. A replica building has been built on the same site, with rooms furnished as they were to give manga fans a taste of how the artists lived.

Due to Covid-19, the museum will not accept walk-ins and visitors must first reserve their preferred time-slot online.

Mr Yukio Takano, mayor of Toshima ward, where the museum is located, told a news conference that he hopes the museum will inspire a new generation of manga creators.

Tokyo Governor Yuriko Koike said at the launch: “Its launch may have been disrupted by the coronavirus but is indisputable that Tokiwa-so has played a huge role in the birth of Japanese manga.

“The new museum is a valuable asset to spread the charm of Japanese manga, and I hope it will become a much-treasured building in Japan and the world.”