Digging for survival in time of pandemic 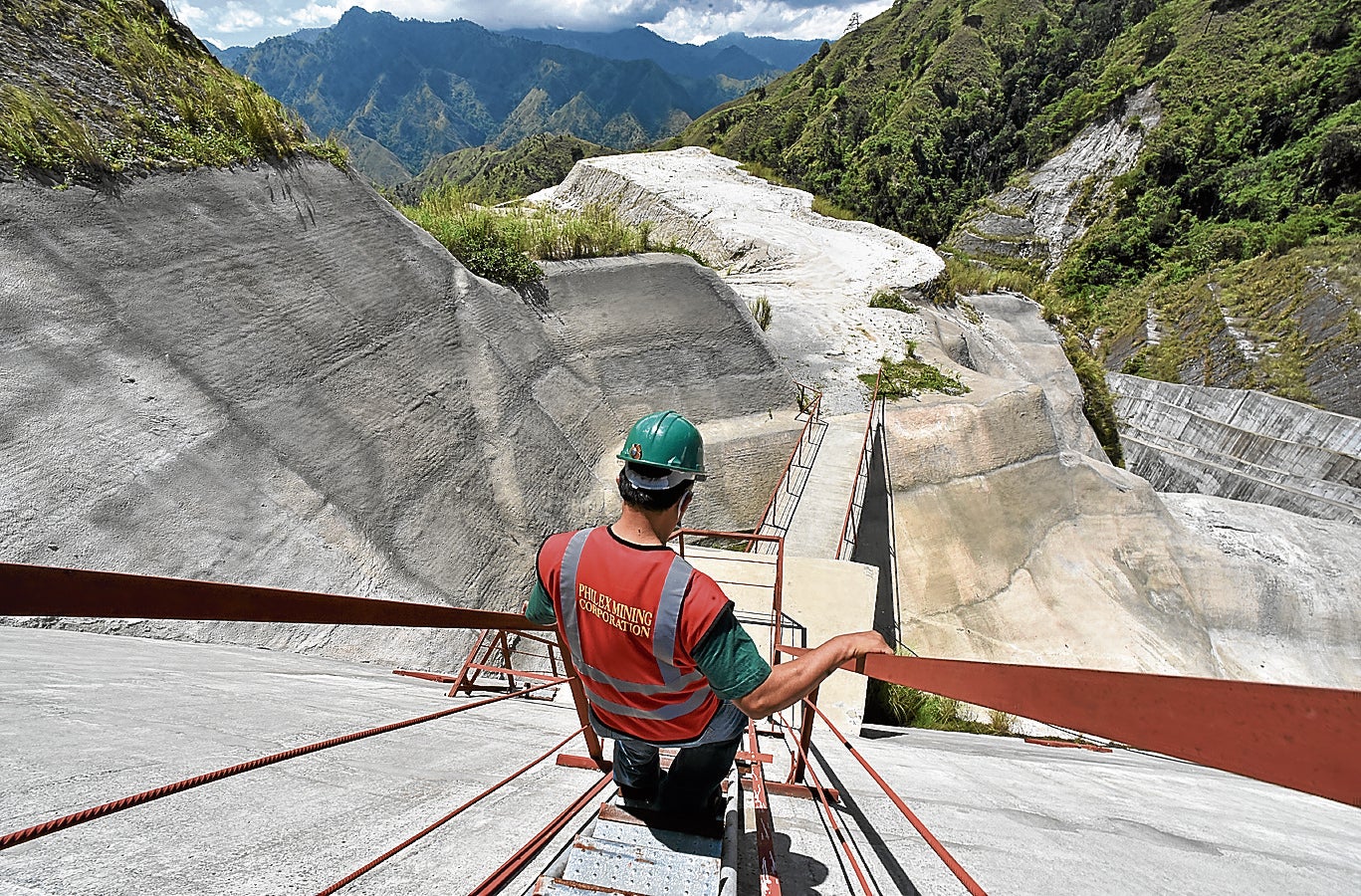 The Philex spillway around its improved tailings dam

TUBA, BENGUET—The country was just starting to address the coronavirus pandemic on March 16 when Eulalio Austin Jr. decided to lock down the Padcal gold operation of Philex Mining Corp.

Austin, president and chief executive officer of the 63-year-old firm, was at Philex’s oldest Padcal operation when the Luzon quarantine was imposed.

“Adhering to established guidelines … I had to lock down the community also. We set up checkpoints so nobody got in and out,” Austin told the Inquirer during a visit to the Padcal mine camp on June 17.

He said employees who were outside to see to their families at that time had to undergo a 14-day quarantine before returning to the mine camp.

According to Austin, Philex has a system for dealing with emergencies—in this case a health security matter—that was immediately activated at the onset of the pandemic.

The quick isolation of the mine site and its workers was the primary reason Philex alone, among key Benguet mines, had continued operating even with the quarantine.

Benguet is home to the country’s oldest mines and the shutdown has cost the industry up to P300 million in losses and unprogrammed expenses, according to the Mines and Geosciences Bureau (MGB).

Philex was the exemption but it had to deal with numerous issues during the enhanced community quarantine, Austin said.

The Padcal operation has 2,100 regular employees, 400 to 500 outsourced workers at the mine site, and 80 employees at the corporate office.

The company grappled with the fact that “a lockdown meant no work,” Austin said.

“But we are an export-oriented company and shutting down was a terrible option so we worked it out with the government so we could get an exemption. We acquired the exemption but with guidelines that we had to follow,” he said.

He said the mine camp was required to conduct constant disinfection, including vehicles entering and exiting the Padcal site, which straddles the towns of Tuba and Itogon.

Workers needed to be ferried from the community to the mine site but the shuttle vehicle could carry only half of its load capacity of 45 passengers. 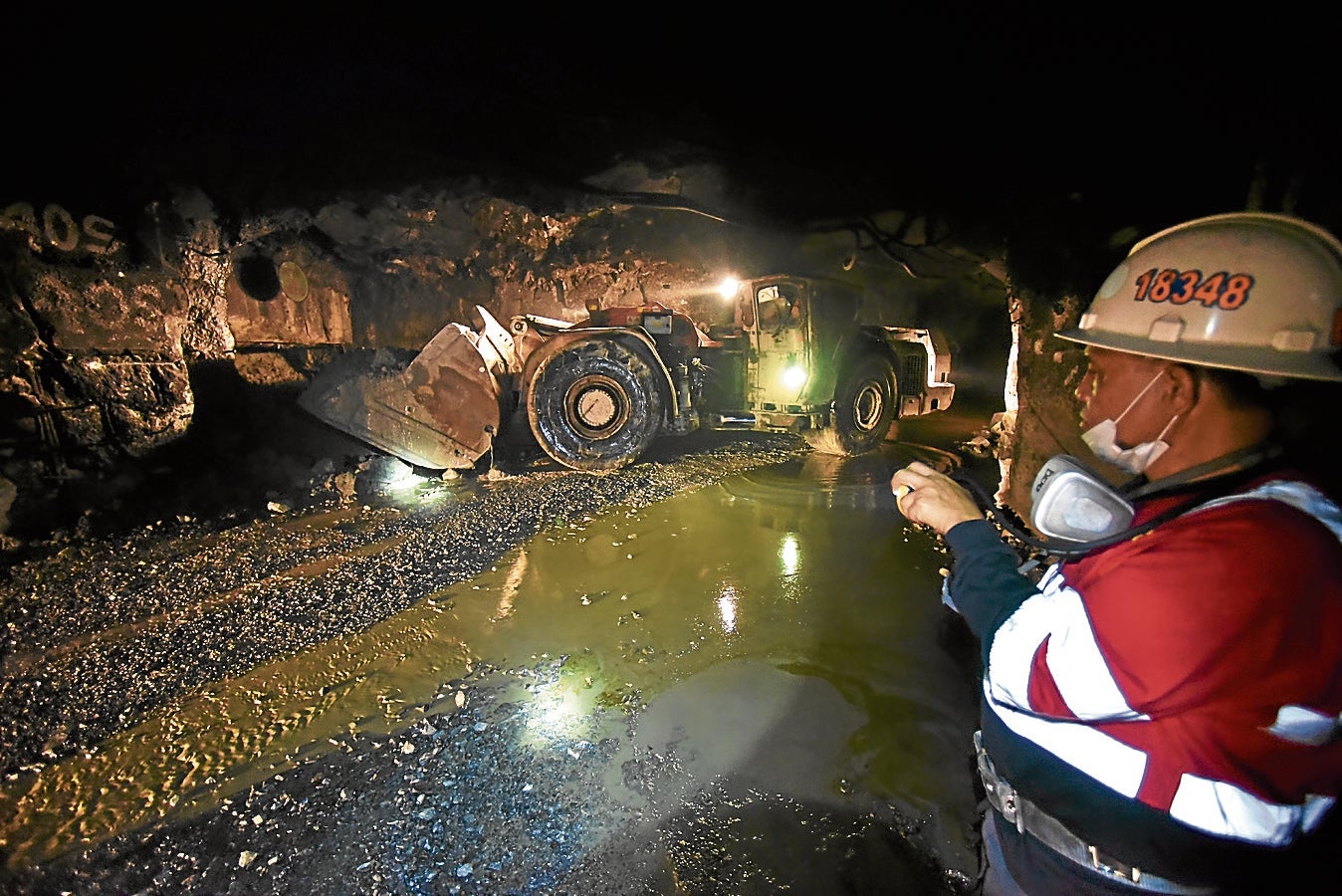 Austin said the company consulted the community about setting up restrictions at three of its main access gates and made sure food flowed in from nearby Baguio City.

Underground operations required shifts—from 8 a.m. to 4 p.m., 4 p.m. to midnight, and 12 a.m. to 8 a.m.—but the crisis sometimes required the managers to be more flexible, he said.

Bringing workers to the tunnels had to be adjusted, because—much like the new rules for Philex shuttles—each mine elevator may no longer carry a full load.

It took the lifts several times to bring down workers, which affected man-hours, Austin said.

The workers’ lunches were also spoiled by the quarantine. Instead of huddling together like they normally did, workers had to be separated when they ate their meals, Austin said.

Employees, who were not required to work as prescribed by the quarantine rules, were paid vacation leave benefits, he said.

Philex also dealt with the breakup or slowdown of the supply chain during the lockdown because the needed cement and steel bars had to come from southern Luzon and Metro Manila where virus infection was high.

Philex improvised and the “operational maneuvering … did the trick for us so we could continue,” Austin said.

“The underlying factor [of our ability to cope with the quarantine] is really the cooperation of the entire community and the entire work force. We learned to appreciate the value of the mine site and that’s the best way to summarize how we survived the past months,” he said.

He added: “Our primary concern was where to store our concentrates should regulators prevent our truck drivers from traveling from Poro Point in La Union. We had a backup plan to use our old motor pool building.”

Padcal, which was started in the 1950s, was supposed to have ended its mine life at the start of 21st century, but the company found a way to extend its operation until 2022. 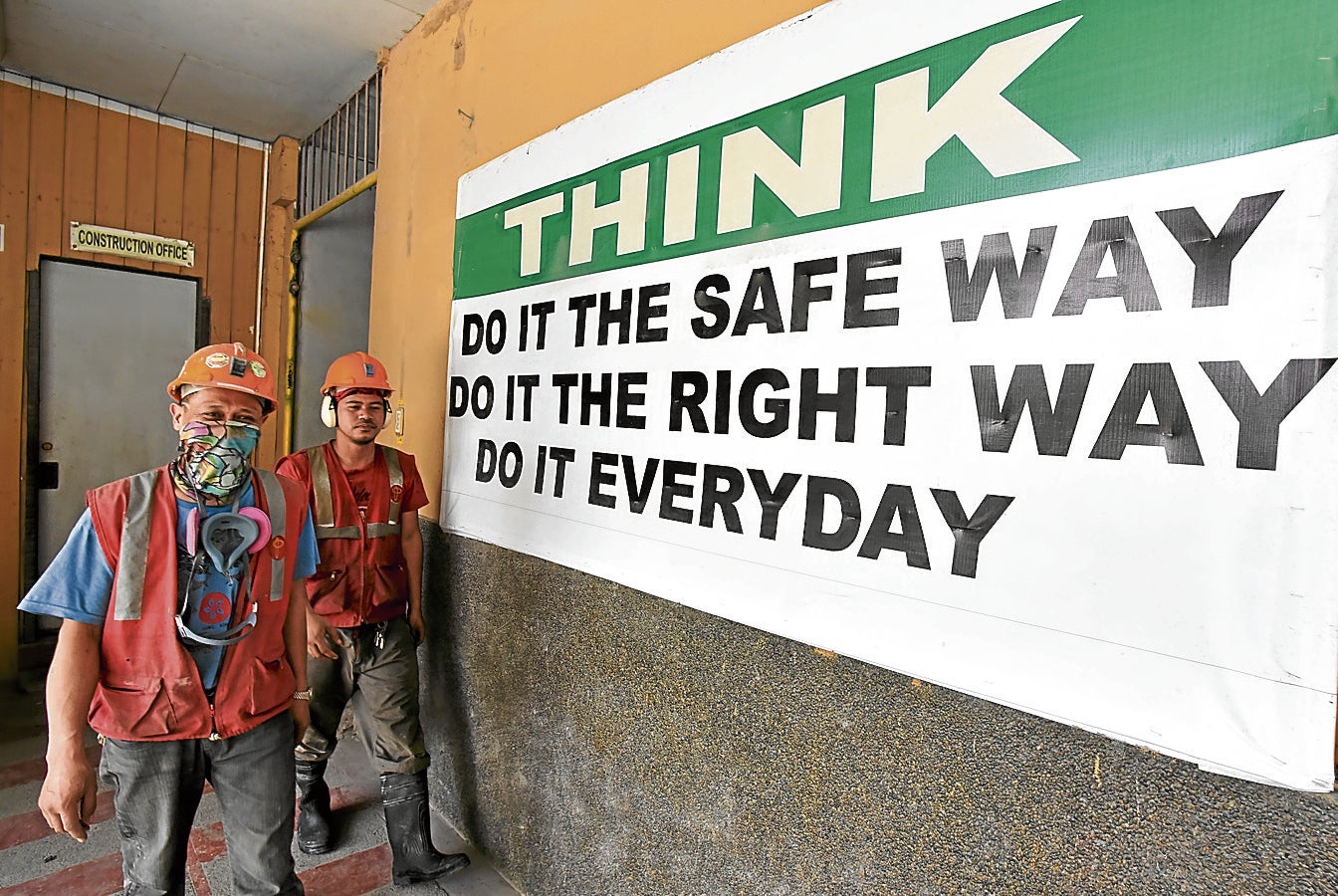 Philex isolated its Padcal mine in Benguet, allowing it to operate unhampered when all businesses were shuttered during the Luzon lockdown.

For many workers, the effort to keep the operation running during the lockdown meant it may have some more years left, Austin said.

“The revenue at the start of 2019 for the first and second quarters [had not been] good but profits picked up on the third and fourth quarters which we managed to sustain [by continuing work during the lockdown],” he said.

“You will always hear about the projected closure of the mine … If metal prices continue to rise like the level of gold right now, we could mine some of our low grade [ore levels],” he said, adding the projected mine life is based on the grade of the ore, “because that dictates what the revenues you will get.” The pandemic will not lead to retrenchments in 2021 because the Padcal manpower is computed against the life of the mine, Austin said.

He said Philex has deposited P59 million of the P100-million expenses required to undertake a mine closure plan that had been approved by MGB.

But the company has been exploring outlying areas of Padcal, so as not to waste the infrastructure already set up at the mine site.

“To put up a mill plant, we spent $200 million. If we discover new resources nearby we could use the plant rather than sell it for a much lower price,” Austin said. —WITH A REPORT FROM EV ESPIRITU