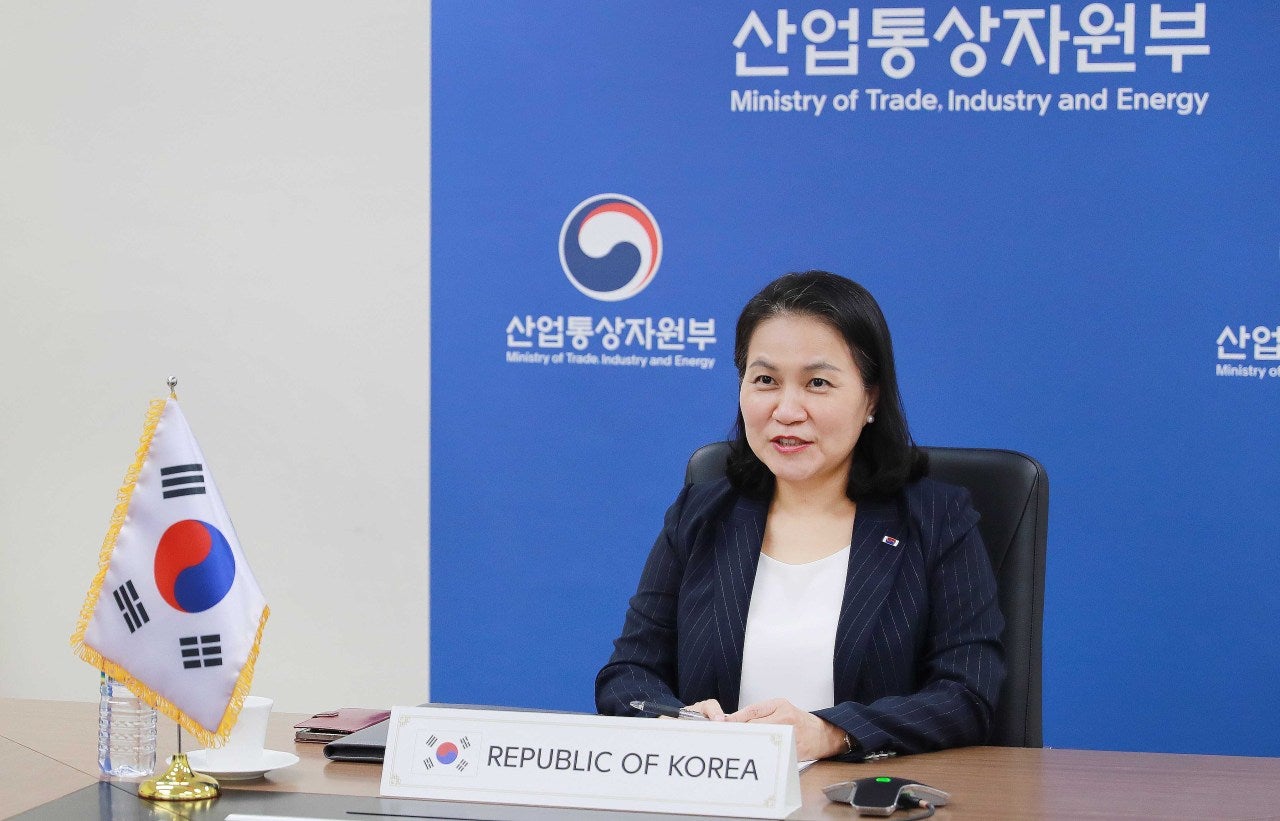 (Trade Ministry-Yonhap) via The Korea Herald

South Korean Trade Minister Yoo Myung-hee and her Singaporean counterpart, Chan Chun Sing, announced the start of negotiations during their videoconference earlier in the day, the ministry said.

If South Korea signs a deal with Singapore, it would be the first digital trade deal for Seoul.

Yoo said the two nations agreed to swiftly push for negotiations with the goal of making substantial progress by the end of this year.

If signed, a deal would help lower barriers on digital trade between the two nations, Yoo said.

The first official talks will be held in mid-July and negotiations will be held via videoconference for the time being, the ministry said. (Yonhap)