Through THIN and THICK: Shakey’s 45-year strong in the Philippines | Inquirer Business

Through THIN and THICK: Shakey’s 45-year strong in the Philippines 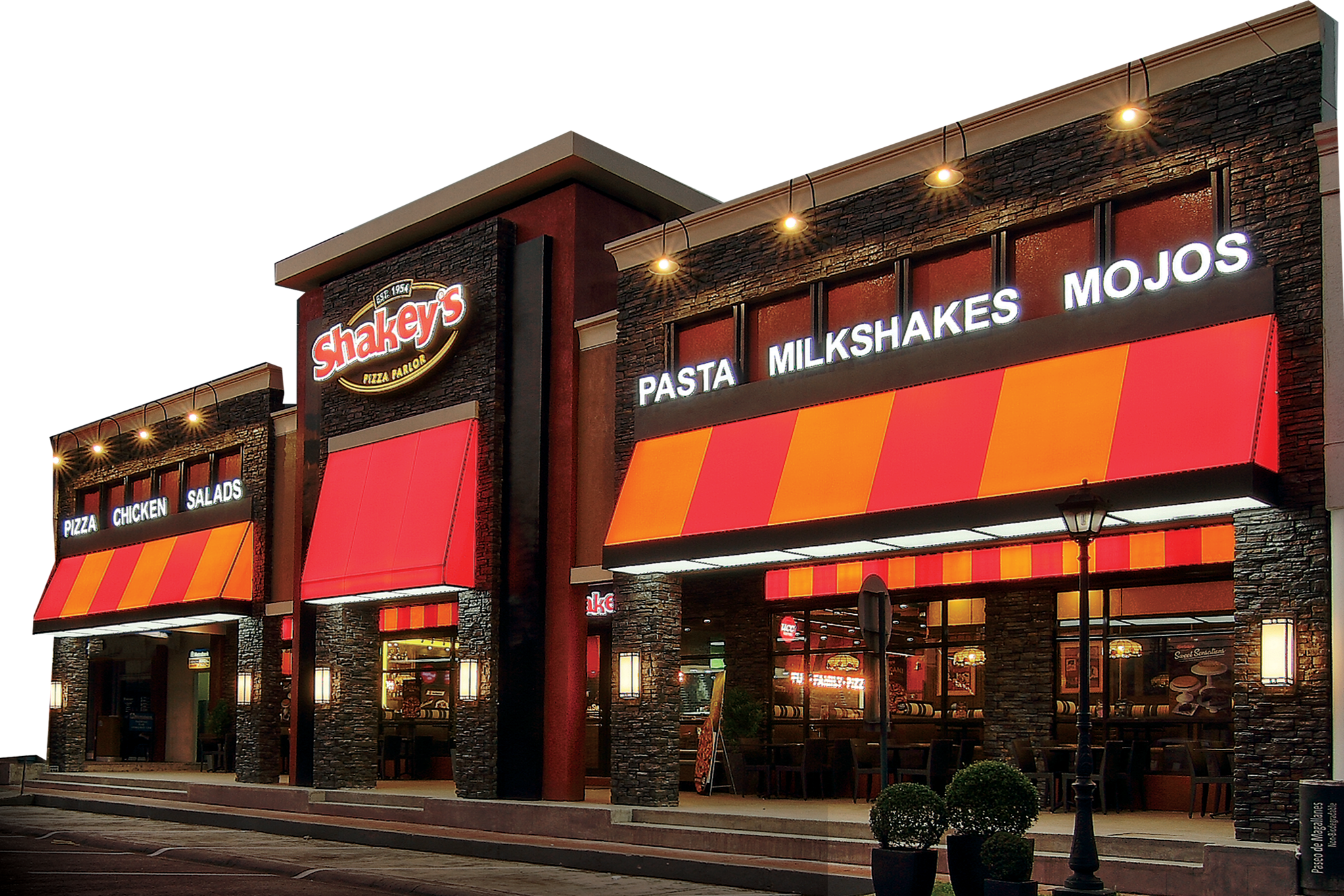 The restaurant industry worldwide is currently facing the worst crisis ever. Never in history have people seen businesses being disrupted in a way that can make many brands irrelevant and at risk of permanent closure. Yet amid this very volatile time, a few brands still endure.

Shakey’s Pizza celebrates its 45th year of continued operation in the Philippines and is now a strong leader in the family casual dining restaurant category in the country. This is a milestone for the brand known for its Thin-Crust Pizzas and Chicken ‘N’ Mojos, but the way to the top has not been easy.

Before going back to being a family-friendly brand that it is today, Shakey’s underwent several changes that had caused some worries for the brand. At one time, it was known as a beer joint, a place where people enjoyed live band music as they have some beer and pizzas. Even popular rock bands of that time could be found playing in different Shakey’s branches. When the popularity of this business model faded, the brand switched to being a quick-service restaurant and tried to compete with the bigger fast-food brands in the market.

Adapting to a quick-service model became a failure because the core of Shakey’s are high-quality, made-to-order products that are best shared with family and friends. The brand could not provide these products at the same quality in one or two minutes and at low prices. The food quality, service and store ambiance of Shakey’s deteriorated as well, and many guests started to abandon the brand. By the early 2000s, the brand was financially in trouble and the future for Shakey’s became bleak.

In 2003, the Shakey’s board saw the need for a major reorganization and to undergo a serious change management process to survive and redeem its once lofty image to the market. A new executive team was put in place with the current President and CEO Vicente Gregorio as head of the company. The idea to revitalize the Shakey’s brand by bringing it back to its core DNA came from Mr. Gregorio.

The brand position of “Fun, Family, Pizza” was introduced and it became Shakey’s focus. Being a product of the Shakey’s brand, Mr. Gregorio saw this as a logical strategy. His career at Shakey’s started in the mid-80s when he worked as a crew. During this time, the brand was number one. Mr. Gregorio brought with him a strong understanding of the brand and what made it tick for its chosen market. He also brought back with him 12 years of rich experience after leading other local and foreign restaurant brands.

Because of the changes since 2003, Shakey’s and the company has delivered 16 consecutive years of double-digit growth in sales and profits. This is a feat that has never been done by any brand in the country before. Now, after 45 years, Shakey’s has remained to be a brand that is well-loved and trusted.

A change in majority ownership in April 2016 and the subsequent IPO in December 2016 has allowed Shakey’s and the company to have access to bigger and better resources, further improving the brand’s position to sustain business growth and relevance.

The year 2020 has started with a bang for Shakey’s. In the first two months, the company was on track to achieve its 17th consecutive year of high growth until this Covid-19 struck. Despite the crisis and the tough ECQ conditions, Shakey’s has managed to adjust quickly and adopt the necessary changes.

To date, almost all of Shakey’s stores have reopened and have performed relatively well compared with others. It is proof that the Shakey’s brand is truly resilient and it remains relevant to its guests even in a time of crisis.

Shakey’s recognizes that the path to full recovery will be slow. But the company remains confident and ready to take advantage of any opportunities that will come. The game plan is to bring back the brand to its familiar growth mode as soon as possible.

Since partial dine-in has been allowed. Shakey’s is excited to welcome its guests back and reintroduce them to the wowing restaurant experience that they were most fond of. A lot of changes are implemented to ensure the safety of the guests and staff. Health and Safety has always been a commitment of the brand, and now, it has put an even higher standard of safety protocols to make sure that the guests will know, feel and see that everything is safe in Shakey’s.

And as a way of thanking its very loyal guests, Shakey’s is celebrating its 45th anniversary with 45% off on Solo and Buddy Pack orders of Chicken ‘N’ Mojos when guests present a valid SuperCard. This is available until June 30, 2020 for Dine-in, Carry-out and Delivery.

Strong as ever, after 45 years of business in the Philippines, Shakey’s has proven that through earthquakes, coup d’états, typhoons, volcano eruptions, economic crisis and other adversities— through thin and thick, the brand has got what it takes to survive and grow. This can be attributed to our very supportive shareholders, very dedicated and capable employees, franchise partners, valued suppliers, and of course, our very important guests.