North Korea may run out of foreign currency in 2023—report 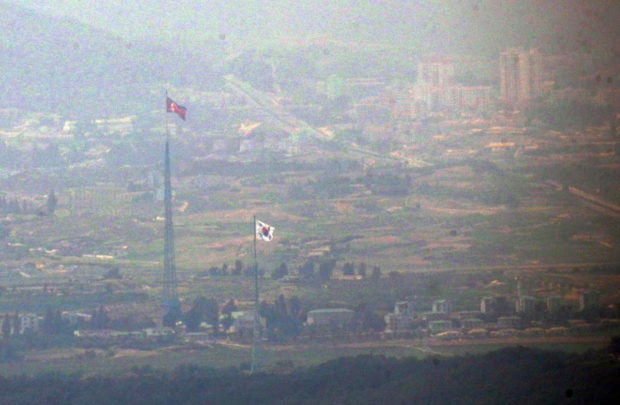 Citing a source close to trilateral talks among South Korea, the US and Japan, the Yomiuri Shimbun said that North Korea may run out of foreign currency in 2023 under economic sanctions by the United Nations and the US.

The North’s recent raging threats over anti-Pyongyang leaflets from the South, which have been flown into the North by civic groups since the mid-2000s, are intended to pressure Seoul to get Washington to lift sanctions, the source told the Yomiuri Shimbun.

North Korea’s military said on Tuesday it is reviewing plans to reenter border areas disarmed under inter-Korean agreements, following up on a threat to take military action over the sending of leaflets by activists in South Korea.

North Korea has lost about 90 percent of its income from exports, as its exports of coal, iron ore, textiles and seafood were banned under three UN Security Council resolutions in 2017.

The UNSC also demanded North Korean workers overseas, who had been a main source of foreign currency for Pyongyang, return home by late last year.

In addition to dwindling foreign reserves, the closure of the North’s border with China in late January due to the COVID-19 outbreak has led to a delayed supply of goods even in Pyongyang where the country’s elite live, the unnamed source told the Japanese newspaper.

A Seoul official said the North is going on the offensive against the South as uncertainty over the reelection of US President Donald Trump, with whom Kim Jong-un has had a personal relationship, gives it little hope of the sanctions being lifted, according to the daily.

The Yomiuri Shimbun also said, citing the South Korean official, that Pyongyang is expecting Seoul to visibly resume inter-Korean economic projects such as tours to Kumgangsan or the industrial park in Kaesong by getting Washington to lift sanctions.

Some observers say that should the US refuse to ease sanctions, the North is likely to shoot ballistic missiles or conduct a nuclear test in a bid to make the US prioritize North Korean issues after the presidential election in November, the newspaper added.

President Moon Jae-in said during his meeting with senior aides on Monday that the time has come for the Koreas to find a breakthrough together, and that his government will continue efforts to obtain consent from the international community.

Such remarks hint that Moon intends to talk the US into lifting sanctions on the North, the Yomiuri said.

Even if Moon wishes to persuade Trump, however, the two have no plans to meet until the G-7 summit in September, to which South Korea was invited, the newspaper said, adding that Seoul appears to be considering having Chinese President Xi Jinping visit South Korea in the near future to find a solution.

Moon said his government cannot wait until the situation improves, and that it will look for projects that the Koreas can decide themselves, suggesting the South will go ahead and aid the North eventually, even without US consent, according to the newspaper.