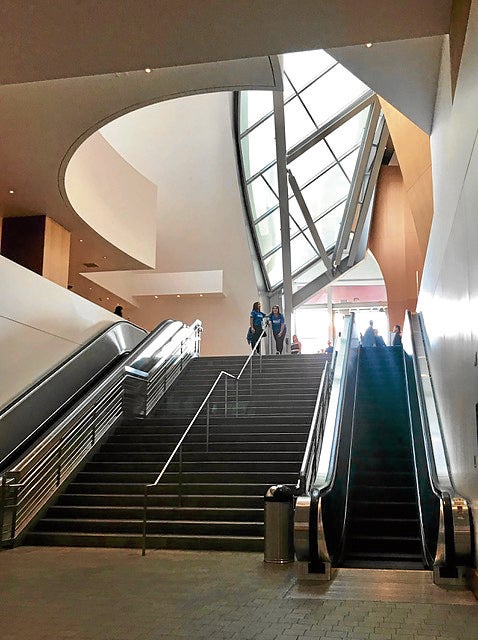 Feature skylights dramatize the arrival into the lobby of The Broad in the US. Clean and minimal use of material is contrasting mood to the colorful and playful art displayed in this museum.

It was during that second week of the lockdown in March that I started shifting furniture around my daughter’s playroom. Artwork came in and out of the door as I tried to change the whole mood inside—a little more grown up, but not too much. The room has a large work table, lots of sunlight and the best views from the second floor of our house. Undoubtedly, it was the best spot to settle into as a new home-office space.

My daughter wasn’t too pleased about my taking over more than half of the room where she spends time sprawled on the floor to work on puzzles and crafts. “For how long, Mom?!” I had no answer.

With the current crisis, our lives are now in limbo, as no one can tell how long these variations of quarantine would last. We left an old order of things, and we are in the brink of a different world order. I felt strangely alienated as I sat in what should have been an all too familiar playroom to work. It now straddles my worlds of past and future. 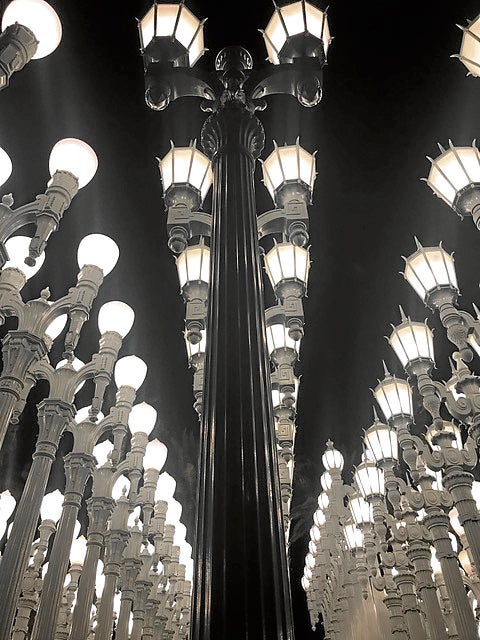 Lighting is an integral part of any design. Here, they are not merely functional, but as an artwork at the entrance square of the LACMA.

In the realm of architecture, there are similar spaces that evoke that same feeling of ambiguity, uncertainty, displacement and transience. They are called “liminal spaces” and they have become valuable components in the design of good architecture.

The term “liminality,” from the Latin word “limen” which translates literally to “threshold,” was first coined in the early 1900s by Arnold Van Gennep in the book, “Les Rites de Passage.” Here he spoke of that space as being the second phase of the rites of passage, that transition phase midway between one identity and the next. 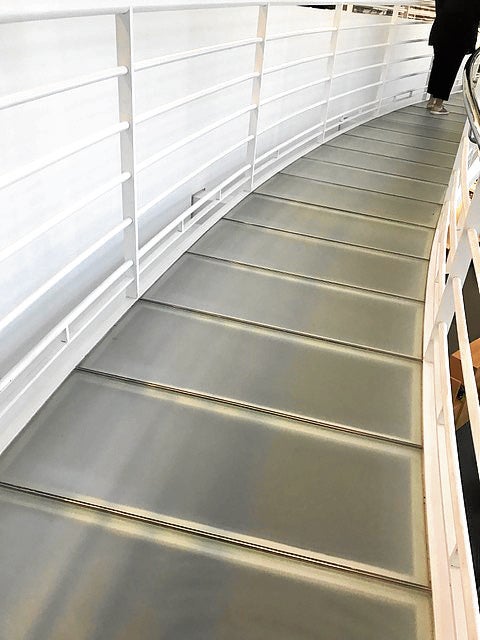 Using unique materials like glass as flooring adds interest to the journey through this cantilevered walkway.

In architecture, liminal spaces are identified as the physical spaces between one destination and the next. These are the places that hold the rituals of physical passage, the areas between the leaving and arriving.

Much as they see it in psychology, they are reflective, transformative and even inspirational: the front porch of a new friend’s home when one arrives for the first time as a guest, the excitement of entering an elevator car as one anticipates the outcome of a very important meeting, the departure lounge of a transport terminal as a traveler is anxious about leaving, while at the same time excited for the next destination. It can also be as ceremonial as the entrance portal of the church, as the bride arrives to be married, or as familiar as the hallways of your apartment building, as you come home tired, aching to leave the day behind.

In simple terms, almost all transient public spaces are looked upon as the liminal spaces of architecture. 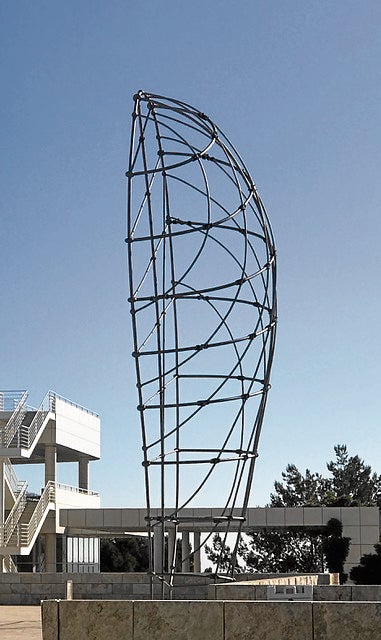 Public art humanizes the scale of large open plazas fronting buildings, like this one, at the Getty Museum in Los Angeles.

Whereas in psychology, liminality is passive and waiting in that particular middle phase, liminal spaces in architecture are dynamic and promote movement. They provide for the elements of time and space. Think of driveways, corridors, the hallways, outdoor walkways and all the areas that encourage a journeying through. Alongside this, they can have pockets of stillness, like that bench by the reflecting pool of your office building plaza, where you like to sit as you wait for your Grab ride.

Being transitory, they are usually the solitary places where people move on their own, before or after being in more social situations. Contact and conversation are usually short and fleeting, like when you bump into a colleague or a friend in the departure lounge of the airport as you hurry to the boarding gate to catch your flight.

In the effort of placemaking and creating more human environments, liminal spaces have become less transitory and more inviting for lingering. Benches, waiting lounges, park furniture, water features, artwork, graphics and decorative lighting are some of the elements that make the experiences more satisfying and memorable, often to the degree that turn them into destinations in themselves rather than the temporary spaces they are thought to be. 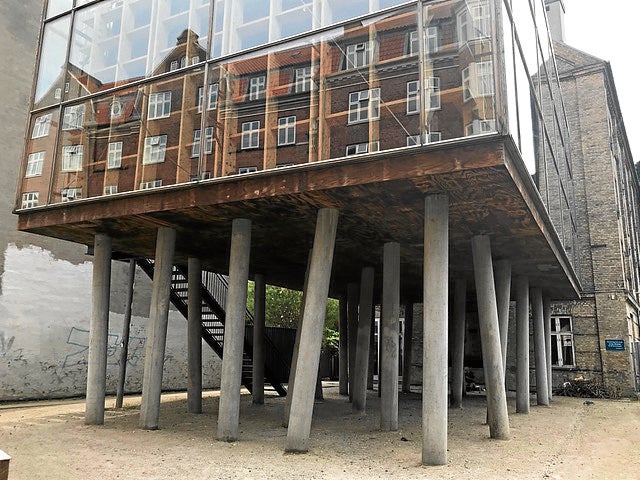 Accessing this library through its open ground floor is like walking through a forest, with concrete columns mimicking tree trunks, allowing one to not merely access but rather to meander into.

Unlike the on-the-verge-of-being liminality of Van Gennep’s “Les Rites de Passage,” the liminal spaces of architecture have come to play on the present and existent, and not merely on the transient and temporary.

Liminal spaces can be catalysts for change. When redesigned, they can influence or modify the behavior and mindset of its occupants or “travelers.” Remember the time you changed course when you saw the signage that led to a new walkway? Or that time you stopped longer than you should have when your eyes were arrested by that new gorgeous piece of public art?

As we sit in our homes, they have morphed into our liminal spaces. As we eagerly await to get over this crisis, they will, perhaps evolve into our permanent functional spaces. Psychologically, we are in the midst of that rite of passage from the old world order to the new one, but in our physical worlds, we have probably already settled in.