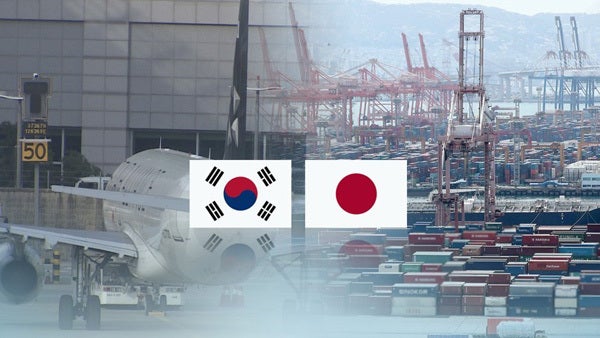 SEOUL — The South Korean government on Tuesday announced that it would resume a complaint filed with the World Trade Organization over Japan’s trade curbs placed on exports to South Korea last year, deeming the bilateral dialogue to resolve the issue is not seeing progress.

“The Japanese government is not showing willingness to resolve the current issue and the discussion has not seen progress. The government deemed that it was difficult to say normal dialogue was taking place, which was the premise to halt the complaint process with the WTO,” said Na Seung-sik, deputy minister for trade and investment, during a briefing Tuesday.

South Korea in November last year decided to withdraw the complaint as a goodwill gesture to solve the dispute through bilateral talks.

The Korean government recently asked Japan to join in dialogue and clarify its stance on the trade curbs by the end of May. Japan, however, had not delivered a clear answer by Sunday.

The Korean government will soon request the WTO’s Dispute Settlement Body open a panel to look further into the case regarding three products that Japan has imposed curbs on.

The Trade Ministry said the government would try its best to prove the unfairness and unlawfulness of Japan’s trade curbs on those products and to safeguard the interests of Korean firms.

Japan removed South Korea from its list of trusted partners in August, and excoriated Seoul for not effectively controlling the trade of sensitive materials that can be diverted for military use, although it never provided details to the claims.

In response, South Korea took Tokyo off its list of trusted trade partners in an apparent tit-for-tat move. But later, Seoul conditionally put off the termination of the military information-sharing pact, the General Security of Military Information Agreement.

South Korea believes Japan’s export curbs are retribution for a Seoul court’s ruling that ordered Japanese firms to compensate victims of forced labor during Japan’s 1910-45 colonial rule of the peninsula.

Tokyo partially lifted the curbs on exports of photoresists ahead of their summit in December. But no more progress has since been made.

Seoul pointed out that there have been no security-related problems reported from the three products over the past 11 months, contrary to Japan’s allegations, and the country has reiterated that it has made sufficient efforts to clear any misunderstanding between the two Asian neighbors.

Seoul said it also sought to meet Japan’s demands by raising the number of workers devoted to export control programs.

The trade row has been causing more damage to Tokyo’s exports than the other way around. Korea’s exports to Japan slipped 6.9 percent to $28 billion in 2019 from a year earlier. Its imports from Japan fell at a wider margin of 12.9 percent to $47 billion.

For South Korea, however, removing any kind of trade barriers is crucial, as the export-reliant economy strives to overcome the current pandemic crisis.

The suspended business activities and travel across the globe due to COVID-19 have already put great strains on its exports. South Korea’s outbound shipments fell for a third consecutive month, plunging 23.7 percent on-year in May.

With the pandemic further souring diplomatic trust between the two nations, the two are far from finding common ground soon.

Tokyo decided to suspend its visa-waiver program for South Korean nationals during the early stage of the COVID-19 pandemic, to which Seoul also decided to end its entry program for Japanese visitors under the principle of reciprocity.

Last week, Tokyo decided to keep the suspension until at least the end of June.