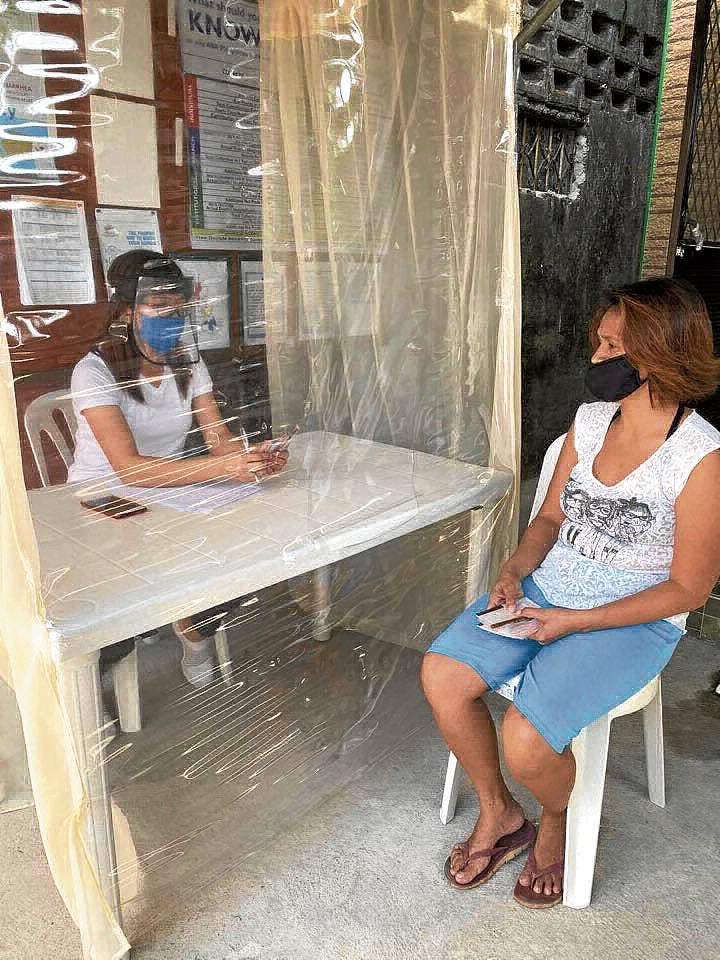 MFIs recognize that their targeted clients are highly at risk to all forms of shocks that can dramatically disrupt livelihoods and aggravate the struggle to get out of poverty.

For the past weeks in the Philippines, the new coronavirus disease (COVID-19) pande­mic has meant sta­ying indoors and complying with the rules of the enhanced community quarantine (ECQ). For millions of Filipinos, this has also meant weeks of zero income with rising expenses for basic necessities remaining the same. This global crisis is a lingering one and will likely continue until a vaccine is made available. Until then, people’s economic survival, living situation and way of life are endangered.

In response, the Philippine government has allocated and disbursed funds to try and help fill the income void. According to President Duterte’s recent report to Congress, the government has already disbursed 98 percent of its initial P100-billion allocation for the Social Amelioration Program through the Department of Social Welfare and Development. Of this amount, P54.6 billion has been received by 10 million families, out of 18 million total family-beneficiaries. Likewise, the Department of Labor and Employment has utilized P4 billion out of its P5.8-billion allocation to help affected formal and informal workers, as well as displaced overseas Filipino workers.

To complement the government’s subsidies, the private sector has also chipped in. Through “Project Ugnayan” alone, 20 top business groups raised over P1.5 billion to fund the distribution of grocery vouchers to urban poor residents in the Metro Manila Area. Similar initiatives from nongovernmental organizations and other charitable foundations have provided cash and in kind donations in the millions to communities that have been partially or have not been reached by the government subsidies.Substantial as these combined government, private sector and civil society efforts may be, they are unfortunately not enough and are bound to dry up given the drawn out timeline. If no sustainable mechanism is established to make cash available for the vulnerable, the fight versus hunger and reducing extreme poverty will experience its biggest setback in years. Thus, it’s time to shift gears and find ways to connect cash to the enterpri­sing poor who are eager to restart their livelihood and provide for their family’s needs.

In its 2016 Human Development Report, the United Nations Development Program (UNDP) already predicted that “Progress in human development can stagnate or even be reversed if threatened by shocks from environmental degradation, climate change, natural disasters, global epidemics and conflicts. Vulnerable and marginalized groups—those already left out—are the major victims.” As countries tirelessly work to flatten the disease curve, the next battlefield is how to revive a flattened economy, where the spotlight is focused on hunger and extreme poverty.

For over four decades, Microfinance institutions (MFIs) have played an important role in the country’s efforts to provide financial services to the unbanked informal sectors, composed of microentrepreneurs who work tirelessly to lift themselves out of poverty. These are the people most economically vulnerable of falling through the cracks and are now in danger of slipping back.

In a rapid assessment conducted last March 2020, Microfinance Council of the Philippines, Inc. recorded 9 million unique microentrepreneur clients among 21 MFI members surveyed. To assist these clients, these MFIs have circulated an aggregate micro-loan portfolio of around P60 billion in the poorest urban and rural communities of the country, including capacity building interventions that increase the chan­ces of their clients’ success. This translates to 9 million households empowered to earn income for food, medicines, education, and even generate savings.

MFIs recognize that their targeted clients are highly at risk to all forms of shocks that can dramatically disrupt livelihoods and aggravate the struggle to get out of poverty. With scarce assets lost to disasters, MFIs’ loan portfolio liquidity are at risk with MFI clients’ inability to spend for their daily consumption converging with their inability to pay their loans. Consequently, the MFIs’ ability to sustain their operations is greatly reduced as they also manage emerging risks.

As a risk mitigation measure, some MFIs have already diversified their financial services by offering various types of micro insurance to their members. According to Aris Alip of Center for Agriculture and Rural Development Inc. (CARD), together with other microinsurance industry players, they already provide affordable and relevant risk protection plans to more than 25 million poor and low income individuals in the country.

However, these measures appear inadequate. After the Supertyphoon “Yolanda” experience in the Visayas in November 2013, a postdisaster assessment was conducted by the Philippine Business for Social Progress (PBSP) with the CARD, ASA Philippines Foundation Inc., Taytay sa Kauswagan Inc., and Negros Women for Tomorrow Foundation Inc. It was learned that an estima­ted 500,000 microentrepreneur clients with an average loan size of P10,000/client were affected, resulting in a combined portfolio of around P5 billion at risk.

Through a $4-million grant from US Agency for International Development (USAID), PBSP extended wholesale loans to the four MFIs, which retailed around P139.23 million worth of softer term loans to refinance over 30,000 microentrepreneur clients while their predisaster loans were placed under moratorium. Within a two-year period, the clients bounced back and repaid 100 percent of the disaster recovery loans to the MFIs, which in turn repaid their loans to PBSP.

In line with the USAID agreement, PBSP then transferred P172 million from the reflows and incorporated RestartME Inc. together with the four MFIs, which also donated P5 million each. Since then, RestartME has refinanced around 8,000 microentrepreneur clients affected by other disasters and has now allocated a total loan portfolio of P126 million from its funds.

Undoubtedly, these humble beginnings of establishing a more resilient microfinance sector still faces a steep uphill climb. The pandemic just emphasized how much steeper it will be. —CONTRIBUTED INQ