He came in at a time when the Philippine real estate industry was at its peak, when prospects were plenty and promising, when prices, land values and demand soared to record high levels.

But it was also at a time when this robust industry, amid its decade-long stellar performance, needed to have a full-fledged department that will focus solely on addressing its piling needs.

Eduardo del Rosario takes on a pioneering role as the first secretary of the Department of Human Settlements and Urban Development (DHSUD). 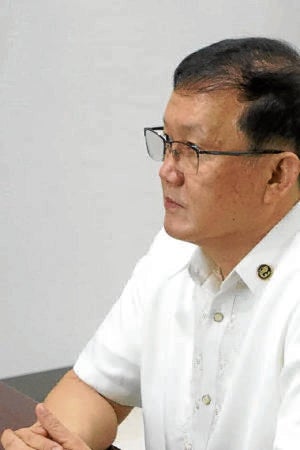 In a phone interview with Inquirer Property on Thursday, del Rosario explained the role of this new department, created by virtue of Republic Act No. 11201, which was signed into law by President Duterte in February 2019.

“We provide everything in housing policy making, in the synchronization of efforts. We’re the primary agency that handles the key shelter agencies that would cover regulation, finance and production of housing units. So under the department are the National Housing Authority (NHA), Social Housing Finance Corp. (SHFC), Home Development Mutual Fund or Pag-Ibig, the National Home Mortgage Finance Corp. (NHMFC) and the newly created Human Settlements Adjudication Commission,” del Rosario said.

“The (existing) National Shelter Program of the government had three major components: regulation, finance and production. So now with the department on top of all these things, we provide the regulation aspect; finance is provided by Pag-Ibig, the Social Housing Finance Corp. and the National Home Mortgage Finance Corp.; and our production is (covered by) the National Housing Authority,” he told the Inquirer.

Del Rosario is no stranger to the needs of the Philippine housing industry as he takes off from his previous post as housing czar—as chairman of the Housing and Urban Development Coordinating Council (HUDCC) from July 2017 to end 2019. Under the law that created DHSUD, HUDCC would be abolished and replaced by the new department.

Many quarters have earlier attested as to how he, even in his capacity as HUDCC chair, has been instrumental in pushing for critical policy reforms and in addressing the major choke points plaguing the National Shelter Program. And he is well continuing on his push to enable more Filipinos to have a decent shelter as evident in his plans and strategies.

Well aware of the housing backlog that has already swollen to 6.5 million units, the new DHSUD chief is crafting a national housing strategic plan “that would cover a 20-year period of implementation to effectively mitigate or address the gap or the housing need so that in 20 years, that gap will be very minimal and more Filipinos would have houses.”

Del Rosario has also started reviewing all existing policies, rules and regulations governing housing to ensure that these will complement their plans and strategies. The goal is to streamline all these policies, rules and regulations either by amending, enhancing or repealing them to ensure that these will enhance their financial and production capabilities.

“I have created a technical working group as early as September last year, composed of then HUDCC and HLURB officials and (representatives from) four major developer organizations. I requested two representatives from each (group) so that the private sector will also be considered in the final decision on these policies, rules and regulations,” he added. 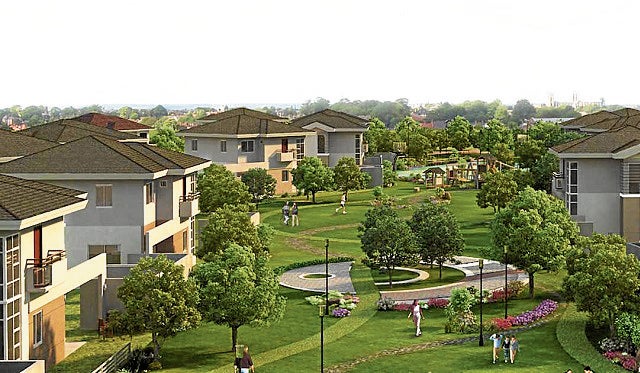 DHSUD is crafting a national plan to address the backlog.

Like every industry, real estate was no doubt among those affected by the COVID-19 pandemic and the ensuing lockdowns imposed in varying degrees and in different locations in the country.

But it seems that del Rosario is more than well poised to meet head on the challenges that come with his post—even during this unprecedented global health and economic crisis. During the enhanced community quarantine in Metro Manila and Luzon, del Rosario has been proactively addressing housing concerns; setting up online meetings with other state run agencies and groups, one after another; and releasing guidelines, policies and other key measures that would help both the industry and consumers.

In fact, a day after the enhanced community quarantine was imposed on March 16, del Rosario issued an advisory ordering a moratorium on the collection of housing and short term (multi-purpose and calamity) loan payments from HDMF (Pag-Ibig), NHMF, SHFC and NHA up to June 15, 2020. He likewise ensured the continued delivery of public service amid the pandemic by providing the public with different ways to contact the department. He also continued to hold meetings via teleconferencing with state run agencies and industry organizations.

Other issuances he made during the ECQ include a two-month moratorium on in-house financing plans or credit intermediation by real estate developers; advisory to homeowners associations on their role in assisting the government on the strict implementation of ECQ and GCQ; guidelines for the resumption of construction works in the real estate industry; and guidelines for the movement of deadlines and interruption of periods for compliance with requirements and payment of fees and fines during ECQ and GCQ.

The most recent would be the approval of the P10-billion stimulus package proposed by Pag-Ibig, which he said formed part of “DHSUD’s commitment of forging stronger ties with our partner-developers and to keep the housing sector vibrant amid these difficult times. We firmly believe that the housing industry is vital in pump priming the economy. By reinvigorating real estate activities, we can immediately trigger the construction supply chain that will benefit millions of Filipino workers and help the national government sustain the efforts to defeat COVID-19.”

Del Rosario, however, knows that much needs to be done, acknowledging that the solutions to the country’s massive housing backlog, which continues to rise over the decades, cannot be solved overnight, nor in just a few years’ time.

But what he’s clearly doing is that he’s starting to lay down a strong foundation that will help enable the succeeding administrations solve this perennial housing problem while ensuring that real estate will continue to be a significant social and economic growth driver.