Stocks closed higher on Wall Street Wednesday, extending the market’s gains into a third day on hopes for a coming economic revival as larger swaths of the country relax stay-at-home mandates imposed due to the coronavirus pandemic and clear the way for more businesses to reopen. 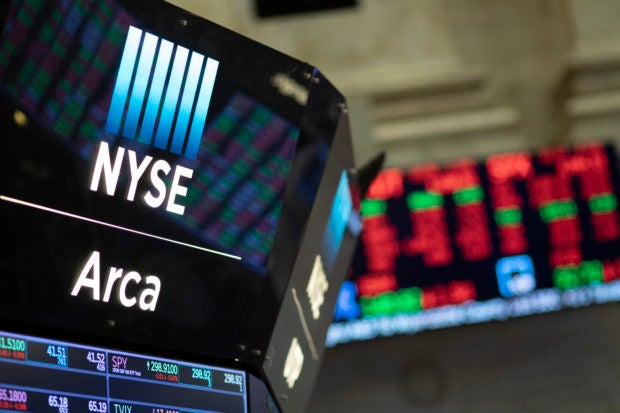 Despite a choppy day of trading, the S&P 500 gained 1.5% and finished above the 3,000-point mark for the first time since early March. The Dow Jones Industrial Average crossed above 25,000 points, where it hasn’t closed since March.

Financial, industrial and health care stocks accounted for a big slice of the gains. Department store chains, which took some of the market’s worst losses earlier this year when worries about the recession were peaking, surged amid optimism that life can inch back toward normal.

“Today is a little bit of a follow-through from yesterday,” said Bill Northey, senior investment director at U.S. Bank Wealth Management. “This is optimism about the reopening of the U.S. economy and, really, the global economy.”

The movements followed up on strong gains in Europe, where authorities proposed a 750 billion euro ($825 billion) recovery fund to help carry the region through the recession caused by the response to the coronavirus pandemic. Asian stocks were mixed, as tensions between the United States and China over the independence of Hong Kong weighed on markets there.

The S&P 500 is back to where it was in early March, in the early days of its sell-off on worries about the coming steep recession.

It’s now down only 10.3% from its high in February, recovering from a nearly 34% drop in March.

Massive amounts of stimulus for the economy from the Federal Reserve and Capitol Hill helped start the rally in late March.

The gains have accelerated more recently on hopes that economic growth can return later this year as governments ease up on business-shutdown orders meant to slow the spread of the coronavirus. In recent weeks, stocks whose profits are most closely tied to the strength of the economy have been showing more life.

“There’s still so much stimulus, and with consumers being in better shape, we will get through this sooner than most expect,” said Andrew Smith, chief investment strategist at Delos Capital Advisors.

Department store chains helped lead the way higher Wednesday on hopes that reopening economies will mean more people will be gearing up to shop at brick-and-mortar stores again. Gap was the biggest gainer in the S&P 500, vaulting 18.4%. Kohl’s climbed 14.5% and Nordstrom jumped 16.8%.

Banks were also stronger on hopes that business reopenings could limit the wave of loan defaults that investors had been worrying about. Financial stocks in the S&P 500 rose 4.3% for the largest gain among the 11 sectors that make up the index. JPMorgan Chase rose 5.8%, Bank of America climbed 7% and Citigroup jumped 8.5%.

Some big technology companies that had been stalwarts during the market’s sell-off took a step back Wednesday, which kept the market’s gains in check in the early going. Microsoft bounced back from a loss to finish with a gain of 0.1%, but Amazon fell 0.5% and Nvidia dropped 2.2%. All three remain up at least 15% for the year so far.

Bond yields were mixed. The yield on the 10-year Treasury held steady at 0.69%.

In Europe, Germany’s DAX returned 1.3% and France’s CAC 40 rose 1.8% after the announcement of the region’s recovery fund. The president of the European Commission called it “an ambitious answer,” though it still needs to be endorsed by every country in the European Union. About two-thirds of the fund would take the form of grants, while the rest would be loans.

In Asia, Japan’s Nikkei 225 rose 0.7%, but other markets were weaker. The Hang Seng in Hong Kong slipped 0.4%, and stocks in Shanghai lost 0.3%. U.S. officials have been critical of China’s response to the coronavirus outbreak, and the latest tensions between the two center on China’s control over Hong Kong.