CREATE may do more harm than good, says economist 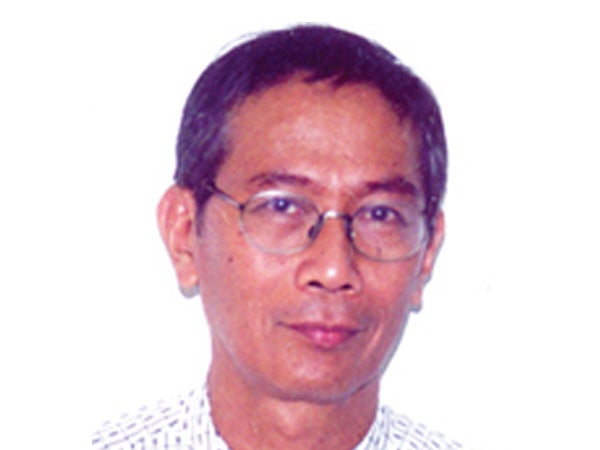 The Corporate Recovery and Tax Incentives for Enterprises Act (Create) touted by economic managers as one of the largest economic stimulus measures in Philippine history—may only impair government finances without living up to expectations in this time of the coronavirus disease (COVID-19) pandemic, economist and national scientist Raul Fabella said.

“As a rocket to blast us out of the COVID black hole, Create strikes one as underwhelming,” Fabella said in a commentary sent to the Inquirer.This new tax bill pitched by the Department of Finance (DOF) includes a provision to slash the corporate income tax (CIT) rate to 25 percent from 30 percent immediately instead of gradually, as originally envisioned in the mothballed Corporate Income Tax and Incentives Reform Act package.

The government estimates that this package will cost P625 billion over a five-year period, of which P42 billion worth of revenue will be forgone this year.

Fabella argued that such CIT reduction would qualify as a stimulus to business activity only if private businesses would be making profit in the subsequent years.

“With a looming U-shaped recovery, private businesses will almost surely operate in the red instead of in the black in the next few years. If so, the corporate tax liability will surely go from 30 percent of nothing to 25 percent of nothing, meaning a stimulus boost of nothing! Furthermore, when businesses are facing a depressed utilization rate of capital, the canonical response is ‘wait’—no new capital investment going forward,” Fabella said.On the provision seeking the extension of net operating loss carryover from three to five years for losses incurred by all businesses in 2020, Fabella said this would benefit only companies that would still be around in five years.“Many firms will not survive that long,” Fabella said. “The massive multiplier argument parlayed by the DOF for Create seems dreamy in a free-falling economy.”

There is a good reason why in 1936 at the height of the Great Depression, British economist John Maynard Keynes advocated a demand-side stimulus rather than a supply-side one, the retired University of the Philippines economics professor said.

“In an economy in a free fall, put money in the hands of the hungry poor and they will buy; by contrast, lower taxes for firms or lower the interest rate and nothing much happens. Why? That is like, as a popular quip goes, ‘pushing on a string.’ Firms can use the tax bonanza to if at all declare dividends to shareholders; they can shore up their balance sheet; they can engage in share buyback; new investment will be last priority,” Fabella explained.Also, the Create bill provides that existing investors will retain present incentives for the next four to nine years—implied to include existing locators at the Philippine Economic Zone Authority (Peza)—and the grace period of the mandatory switch to CIT from gross income earned will be extended by two years. This is “a step in the right direction though decidedly paltry,” Fabella said.

“Telling foreign investors how much you want them at the same time that you slap them with a higher tax liability does not make for ‘more fun in the Philippines.’ COVID-19 has weakened our bargaining position; our vaunted fiscal health is leaking out fast,” Fabella said.Amid the rebalancing of the global foreign investment away from the People’s Republic of China, Fabella noted that Indonesia had been winning the race for US multinationals while the Philippines was losing out because of Malacañang’s anti-US rhetoric. He added that Chinese multinationals, on the other hand, were flocking to Vietnam despite the Philippines’ cozier relations with China.

“At the crossroads of the global currency rebalancing in 1987-1990, we badly missed the tsunami of Japanese foreign investments. This pulled down our economic standing in the Asean (Association of Southeast Asian Nations) and elsewhere for decades. If by our actions, we treat foreign investors as if we don’t really care, we could see a reprise of that deplorable rout in 2020-2022,” Fabella warned.

To date, Fabella noted that the government’s fiscal deficit was racing to 8 percent of gross domestic product as the economy and the tax base shrink. As Congress scrambles for additional tax revenue from sin and digital products, he argued that giving up revenues would be tantamount to “imprudence twice over with the COVID-19 financing boondoggle now staring the nation in the face.” INQ