Chasing dreams, hundreds of ‘salukara’ at a time 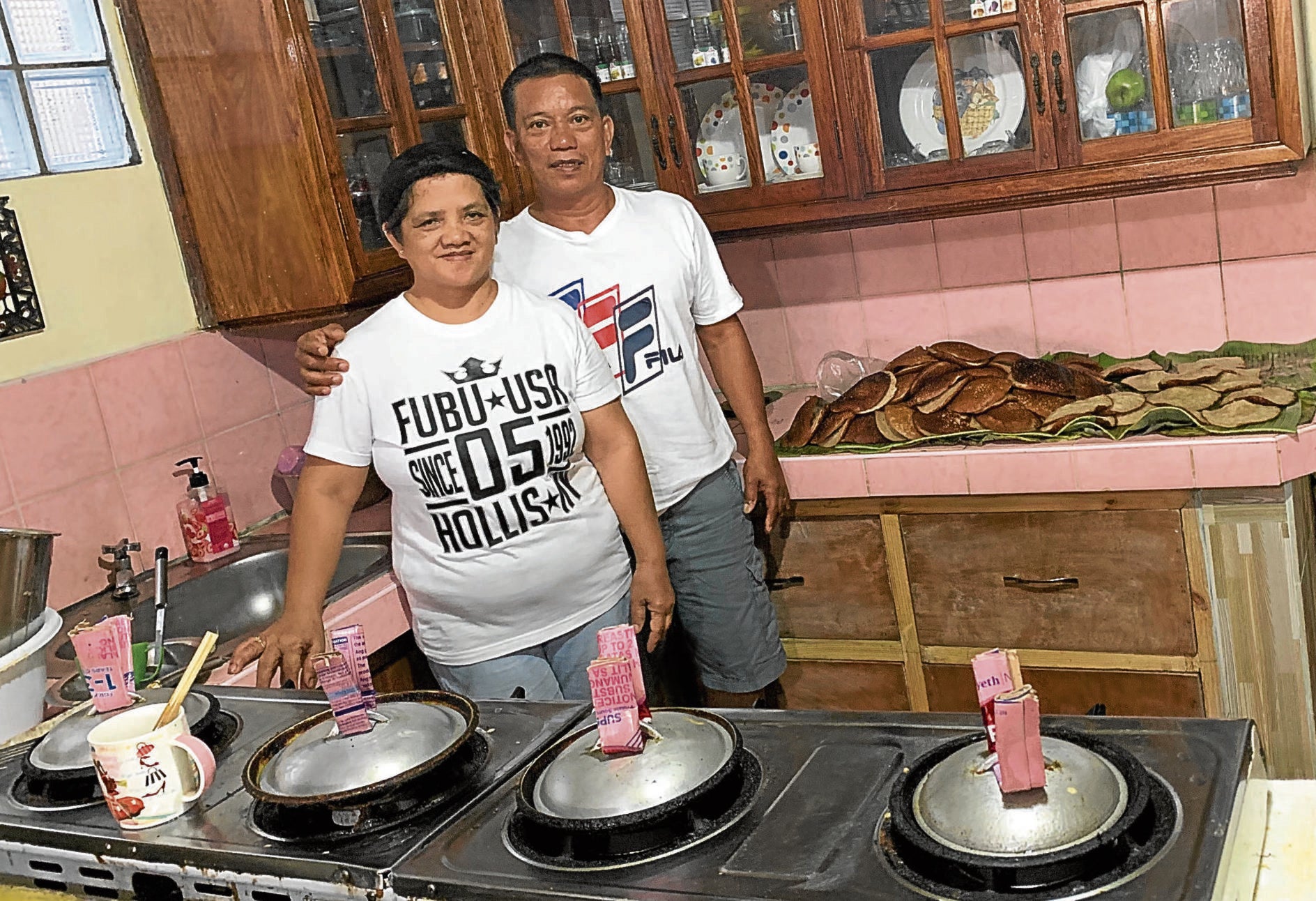 Bella and Pedro Divino with preordered “salukara” ready for pickup

BORONGAN CITY—While everyone else is in deep slumber, one kitchen in Barangay Songco here is full of life from 2 a.m. to 7 a.m.: The people are busy making “salukara” or native rice crepes.

Ma. Bella Divino, 56, and her family are up and about cooking a couple of hundred salukara for hungry customers, prioritizing those who had ordered ahead.

It is indeed not an uncommon sight to see custo­mers leave Divino’s household empty-handed because all the crepes had been sold out.

Selling salukara, a native delicacy of Eastern Samar, was her way to feed her family.

Even when the entire pro­vince had been placed on enhanced community quarantine, Divino continued cooking salukara –both to sell to her customers and give to some front-liners.‍

She is not the only one who makes salukara in the province, but hers has become famous because of the superior taste.

Unlike others who use simple yeast, Divino uses newly gathered coconut wine or tuba as a raising agent, adding to the flavor. She also uses newly harves­ted native rice, not the commercial varieties that tend to have a strong odor. She also places her freshly cooked salukara on presmoked banana leaves for that added aroma and flavor.

‍Divino’s salukara is now known all over the province, but success didn’t come easy.

Years ago, money was hard to come by since her 56-year-old husband Pedro, who works as an agriculturist, had a meager salary.

After giving birth to their fourth child, Divino started to think about how she could generate extra income to help make both ends meet.

She sought the help of her mother-in-law, who had been occasionally selling rice crepes, and got her heirloom recipe.

With just P300 in capital and a rusty kerosene stove, she started cooking her own salukara in 1997. 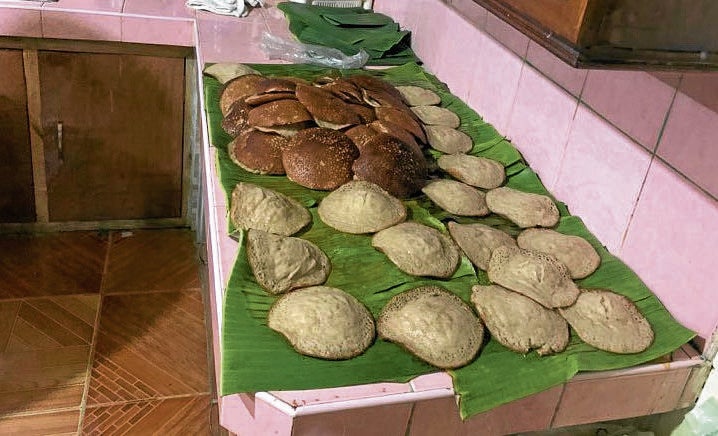 But Divino, an agriculture graduate of the Eastern Samar State University, struggled to find regular clients in the beginning since she was not known to be a baker.

“Peddling was tough. You need to shout at the top of your voice to get people’s attention and you brave the elements,” she said.

Determined to get the word out, she hawked on the street corners of Borongan City, at times going door to door, pleading with people to try her salukara.

Her determination and hard work paid off as she was slowly able to establish a local fan base.

Her product became so popu­lar that it was featured on the television shows.

Divino’s salukara also found its way to the halls of Congress and the malls in Manila.

“The staff of former congressman and now Eastern Samar Gov. Ben Evardone would order some to be given to his colleagues. [Television host and talent manager] Boy Abunda and his sister, Congresswoman Fe Abunda, would also regularly order for their parties and gatherings,” she said.

The provincial government of Eastern Samar and the Borongan city government have also included her salukara in their food festivals in Manila.

At present, the Divinos reside in a two-story house in Barangay Songco here—a far cry from their small and dilapidated abode more than two decades ago.

The old oven has been replaced with a modern one that can cook four salukaras per minute.

But some things never change.

Divino still uses pot covers instead of frying pans for that even temperature so that the crepes won’t get burned, a tip from her mother-in-law.

Cooking salukara, she said, takes only a minute but the preparation takes hours. 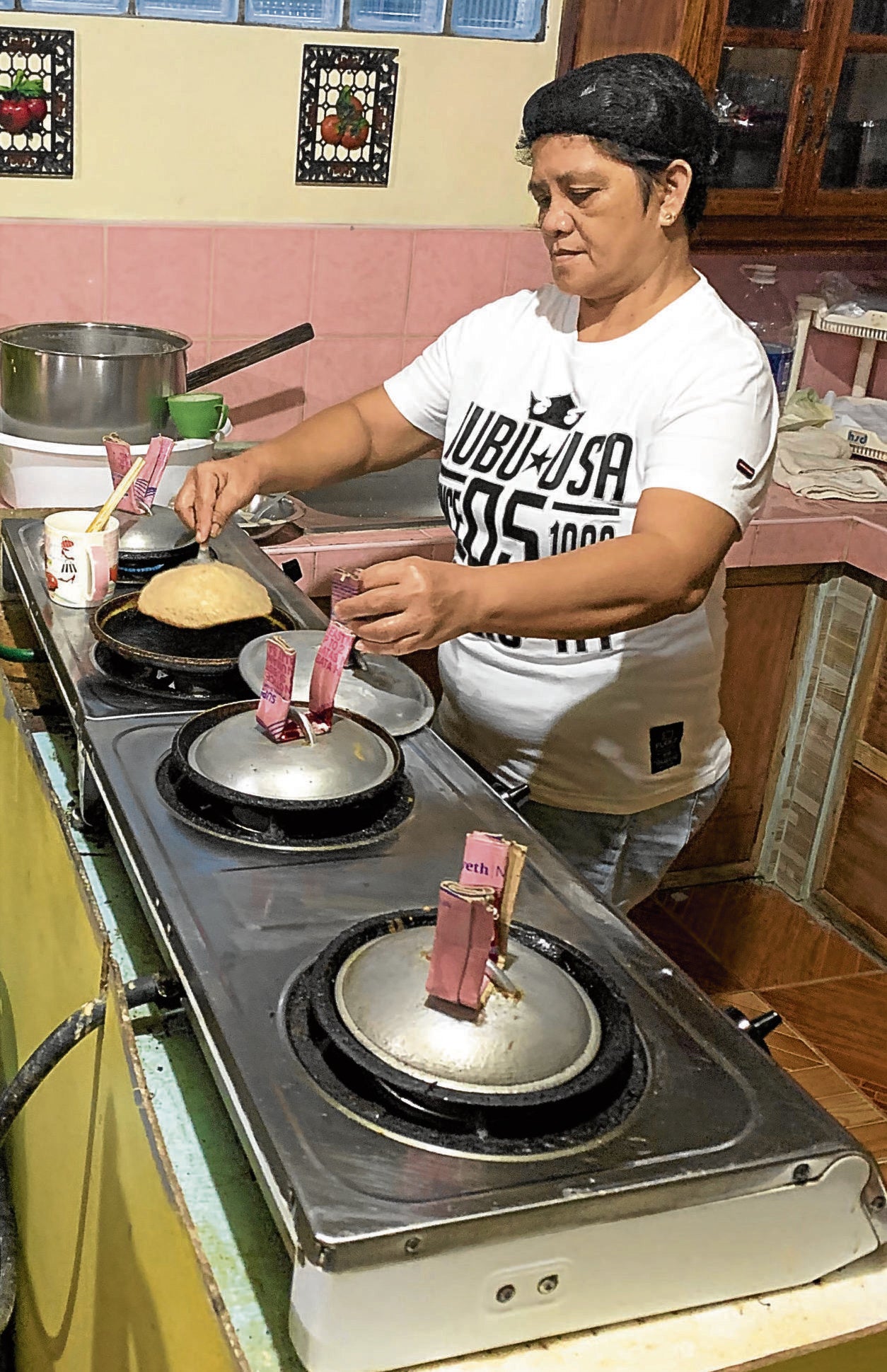 Despite being touted as having the best salukara in town, the Divinos do not want to go commercial and have refused offers to help them expand.

Often, their unwillingness to get a bigger market has been misconstrued as apathy and condescension.

The Divino couple, howe­ver, insist that they have nothing to explain to skeptics and that they are happy where they are.

“A bigger income is good but there are also add-on expenses. Besides, we already have more orders than we can handle. Going commercial will eventually affect the delicate preparation of the ingredients and the size of our product. We always prefer quality over quantity,” they said.

Five kilos of rice will make about 150 pieces of delicious salukara, which are sold for P10 each.

Nobody really knows how salukara got its name, but according to local historian Msgr. Lope Robredillo, salukara was already a delicacy during the Spanish colonial period. The basic ingredients have not really changed and neither has the basic cooking method.

First, the rice should be milled and ground into a fine powder and soaked for three hours.

Then sugar, salt, coconut extract and anise are added and mixed and fermented with coconut wine or “tuba.”

After five hours, it is ready for cooking using whipped lard.

At P10 apiece, the Divinos chalk up a gross income of about P1,500 a day and a net income of at least P600 a day, which for them is more than enough. But for the couple, the best return on investment in their salukara are their children: three are now professionals while the youngest is a college freshman and a Department of Science and Technology scholar.

“Patience, persistence and learning how to save lead to long-term pay offs. It is such a shame that some of us just rely on dole outs and financial aid instead of working hard. Easy money can disappear faster than you can blink,” Divino said.