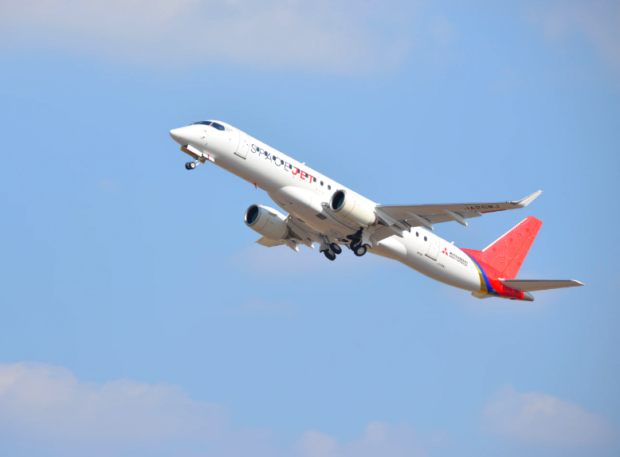 SEATTLE — Mitsubishi Heavy Industries is cutting hundreds of jobs in Washington state and shuttering its U.S. operations for the troubled SpaceJet project, the company said Friday.

“Due to the budget directives, Mitsubishi Aircraft will close its overseas locations and consolidate activities at its headquarters in Nagoya, Japan,” company spokesman Jeff Dronen told The Seattle Times via email. “This will impact the majority of our employees in the United States.”

The Mitsubishi Aircraft U.S. headquarters in Renton will close, and flight test operations in Moses Lake will cease, he said.

Dronen said Mitsubishi will retain “a small crew” at Moses Lake to store and maintain the four flight test aircraft there.

Mitsubishi is still working out the details of its budget cuts and did not disclose the number of employees affected nor whether severance packages will be offered. Dronen said management “will provide this information directly to employees in the coming weeks.”

The program had at one point supported about 400 jobs flight testing the initial M90 model in Moses Lake, along with 200 jobs in Seattle at Mitsubishi’s U.S. partner AeroTEC, which provided testing, engineering and certification support.

“We have had to make difficult decisions that will significantly reduce our global activities and will have a major impact on our organization,” Dronen said.

The news comes after the Japanese industrial giant announced last week an overall loss of $275 million for the fiscal year ending in March. Management deemed that not acceptable as it faces the pandemic-driven downturn affecting all of Mitsubishi’s aviation operations, including its supply of major parts for Boeing jets.

The aircraft was launched as the Mitsubishi Regional Jet in 2008 with a sleek new design and a roomy passenger cabin. The goal was to enter service five years later. After setbacks, it began flight tests in 2015 in Japan, then in 2016 moved the flight testing to Moses Lake in eastern Washington.

Mitsubishi last year rebranded the plane as the SpaceJet and revamped the concept, but has continued to face setbacks.