MyKuya’s business is booming, but it’s no time to celebrate 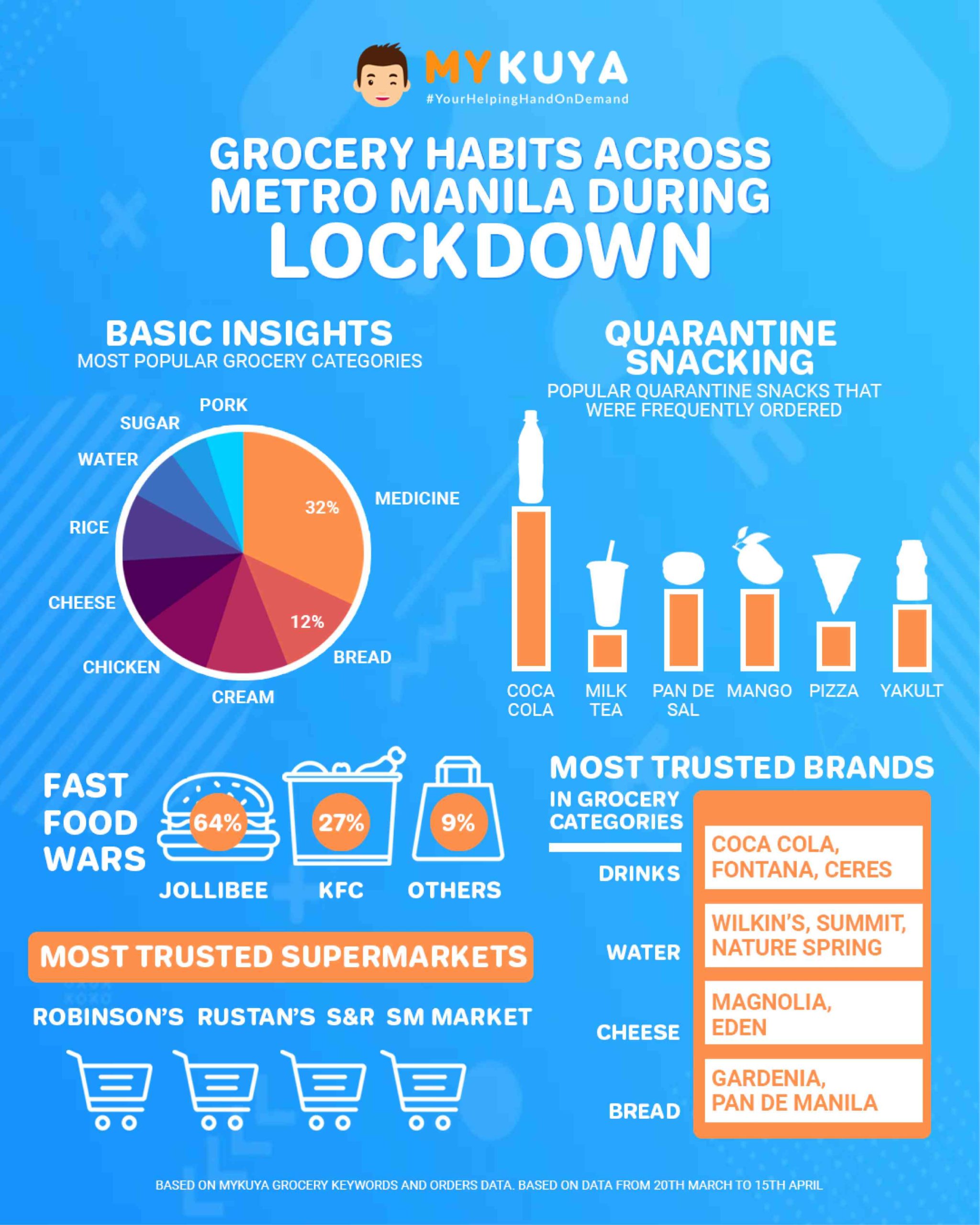 MyKuya founder Shahab Shabibi has mixed emotions about the success of his app, which has lately seen huge demand by taking on a task people can’t live without—grocery shopping.

On one hand, his business has grown more in the past month than it ever did in the past three years.

For the past 30 days alone, MyKuya had 50,000 downloads, whereas it was only downloaded a total of 30,000 times from its launch in 2017 to before the lockdown in March. MyKuya, in essence, is an app that runs your errands for you when you don’t have the time for it. It offers services such as car washing, deliveries and house cleaning.

But because of the lockdown, grocery shopping has now accounted for 80 percent of the app’s transactions, whereas it did not even account for a quarter of the demand back in February.

Demand even grew 800 percent in April compared to the month before, Shabibi, 24, told the Inquirer in a recent phone interview.

However, the app’s best moment is also everyone else’s worst. Millions of Filipinos have lost their jobs, while thousands had been infected with COVID-19, a potentially life-threatening

disease. It was, in many ways, a win that is too difficult to celebrate.

“It has worked out for us but quite in an unfortunate way [because] our growth is coming out of a period like this,” he said.Shabibi was born in Iran, but he has been living in the Philippines for nearly a decade. He first arrived here when he was 15, since his parents, who were diplomats, had to move here for work.

But MyKuya’s success also means more job opportunities at a time when minimum wage earners suddenly found themselves unemployed, without any way to make ends meet.

During the lockdown, the app has received 10,000 applications for personal assistants, which it aptly calls ates and kuyas.

This goes on top of the 10,000 active kuyas and ates that the app currently has.

MyKuya can still accommodate at least 15,000 more applicants, which will bring their workforce to a total of nearly 50,000 people, according to Shabibi, who, at 21, was listed on the list of Forbes’ 30 Under 30 in Asia for enterprise technology.

The app has a unique business model. Unlike other app-based services like Food Panda or Grab Philippines, the kuyas and ates here are not their own bosses. They are actually employees of manpower agencies, or what Shabibi calls “enterprise partners.”

The technology makes it easier for manpower agencies to broaden their reach and scale up. Moreover, it also helps the workers because they could earn on a daily basis, wherein a portion of the transaction goes automatically to the worker’s account.

MyKuya has around 50 enterprise partners, which in turn employ the now active 10,000 ates and kuyas. The app’s services are concentrated in Metro Manila.

Shabibi said that up to 75 percent of its partners had revenue-sharing agreements, wherein as much as 80 percent of the revenue from every transaction goes to the laborer.

In other words, the app is not just an app that outsources errands. It has become an app that will, in one way or another, affect how contractualization is done here in the Philippines. In a recent statement, MyKuya said it had partnered with Globe Fintech Innovations Inc. (Mynt) so that kuyas and ates could get their payroll through the mobile wallet called GCash.

Employees can access their funds through their GCash account and use GCash Mastercard to function as a debit card. It will also be convenient for MyKuya to securely disburse funds regardless of the place and time, the company said.

How it will disrupt the services sector in the long term remains to be seen. But for now, it has become an immediate source of livelihood for many affected Filipinos.

Because of the urgency of the situation, MyKuya has been doing its best to make sure that an applicant could start work as soon as the next day.

“This is why we’re working a lot harder than before. The economic impact of the quarantine and COVID-19 is so serious to the part of society that’s less fortunate and has fewer opportunities,” he said.

When asked for a profile of the workers, Shabibi said they came from diverse backgrounds, including out-of-school youth, college dropouts, and those who were recently laid off.

Meanwhile, MyKuya’s customers are usually those with corporate jobs that are too busy to run their own errands.

In a health crisis, however, the app doesn’t just outsource the errands. It also outsources the risks to someone else.

Right now, Shabibi said all their active workers were volunteers, under 45 years old, and have their own motorcycles. They are also provided personal protection equipment.

The kuyas and ates who line up for hours in grocery stores are on the front line, too. In many ways, they have become modern-day heroes as well. But while doctors might feel the need to brave the pandemic because of an oath they took, these workers are braving the pandemic because they would starve if they didn’t.

“Our kuyas and ates have been our modern-day heroes,” Shabibi said.

“They really need these job opportunities to sustain their lives,” he added.