Calamansi brings in revenues to residents of Homonhon
By: Cyrain Cabueñas - @inquirerdotnet
Inquirer Visayas / 05:15 AM May 03, 2020 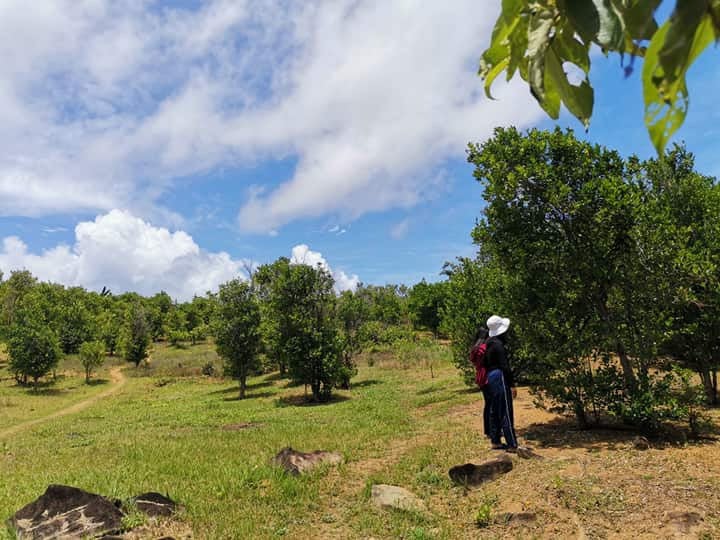 Homonhon island, known as the landing site of Portuguese explorer Ferdinand Magellan in 1521, has become a major producer of calamansi or Philippine lime. —CONTRIBUTED PHOTO

Borongan City, Eas­tern Samar—While other areas of Homonhon island are grappling with the impact of open pit mining, three barangays are extracting revenues from another source: calamansi.

Calamansi or Philippine lime enjoys high demand as it is used heavily for food and beverage preparations, thus some residents are able to earn as much as P30,000 a month from the sale of their produce, with the fruits sold at around P70 for every 100 pieces. Most of the producers are small shareholder farmers with each household owning 200-300 trees. The biggest farm spanning 10 hectares has 5,000 cala­mansi trees, which grow well in coastal areas.

As it is, the three barangays in this island two hours by boat from the town of Guiuan are able to produce enough calamansi to supply the needs of some towns in Eastern Samar, even going as far as the regio­nal center of Tacloban City. But there remains room for growth and one opportunity can be unlocked by putting in place light processing equipment that will, for example, make powdered juice out of the excess fruits that accumulate when production hits its peak and the selling price plunges to as low as P20 for every 100 pieces. 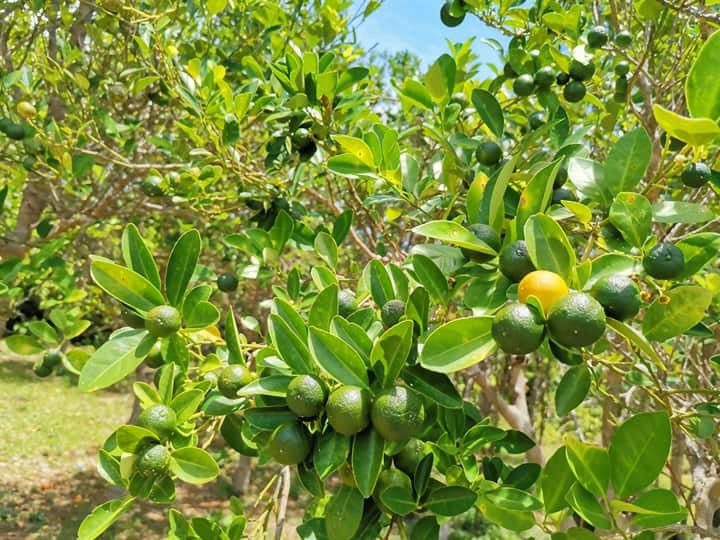 Montes said much of that natural bounty could still be enjoyed during her childhood, but the steady mining activities since 1983 had spoiled her piece of paradise.

On April 8, a Panamanian cargo vessel arrived in the waters off Homonhon and loaded 7,000 metric tons of chromite ore to be shipped to China. Locals, along with Guiuan Ma­yor Annaliza Gonzales, Vice Gov. Maricar Sison-Goteesan, Gov. Ben Evardone, Rep. Maria Fe Abunda, Bishop Crispin Varquez and members of the Borongan clergy, strongly protested the ship’s presence and its loading activities.

Noting the vessel’s crew being made up of 13 Chinese and four Myanmar nationals, Evardone called it a violation of quarantine restrictions that are being imposed to prevent the spread of the coronavirus.

But the Department of Environment and Natural Resources (DENR) dismissed the governor’s objection, saying the ship was anchored far from the shore and that no crew member had disembarked. Neither did workers from the island board the ship, the agency added.

The DENR also quoted the guidelines set by the Inter-Agency Task Force on the Management of Emerging Diseases saying the flow of exports and imports should not be hampered. It also said Tech Iron Resources Inc., a mining company operating in the island since 2015, had secured a Department of Health clearance to continue its activities during the quarantine period. Thus, the ship was able to set sail on April 18 with ore worth an estimated P61 million.

The 26,000 acre Homonhon island is known for its vast deposits of nickel and chromite, from which chromium is extracted to be used in the production of corrosion-resistant superalloys, nichrome and stainless steel. Chromium is also used as a pigment for glass, glazes and paint, and as an oxi­dizing agent for tanning lea­ther. It is also sometimes used as a gemstone.

Aside from small scale miners, five big mining companies have staked their claim to the island.

The mining companies do perform some community services like ferrying children to school, giving galvanized iron sheets and generator sets, and offering jobs, the Hero advocates acknowledged, but their habitat and their family’s welfare are more important, they added.

One environmental cost that mining has exacted from the island is the loss of the rare Philippine cockatoo (Cacatua haematuropygia) that the locals call “abukay.” It has been listed by the International Union for the Conservation of Nature as a critically endangered species.

Fr. Roneil Canillas, an avid photographer and a member of the National Bird Wat­chers society, has observed that Homonhon used to be a haven for birdwatchers.

“These days, Homonhon is no longer very rewarding for birdwatchers. The last two times I’ve been there, I didn’t catch sight of the red-vented cockatoo endemic to the island,” Canillas said.

What you see now are balding forests due to mining activities, he added, a view shared by Bishop Varquez, who has been resolute in opposing mining activities in the province. Any visitor can see the evidence of degradation there, he said.

“Even the quality of the water has been affected,” Varquez lamented. A recent assessment of the flora and fauna in the island by the Philippine Misereor Partnership Inc. and the Visayas State University confirmed that other species have become endangered, among them the Visayan tarictic hornbill, the giant golden-crowned flying fox, Philippine tarsier, and the Philippine iron wood.

On April 22, Earth Day, the locals expressed their environmental advocacy through social media since mass gatherings are still forbidden. An online petition to save Homonhon and stop mining operations in the island spearheaded by Pastor Fr. Christian Ofilan gathered 10,000 signatures in just two days.

Providing a ray of hope is the plan of Lea Torres, head of the Community Environment and Natural Resources Office, to have Homonhon declared as a protected area not just because of its natural resources but also because of its historical significance being the lan­ding site of Magellan.

The community’s concern about the presence of the ship with Chinese and Myanmar nationals, as well as the DENR’s turnaround in approving the loading activity despite the COVID-19 restrictions, have made headlines and reached the United Nations’ attention.

That same day, pictures of vegetables and fruits being harvested by local farm owners also flooded the Facebook page of some Homonhon residents. Root crops and calamansi abound in the remaining three barangays in the island that remained untouched by mining activities. Other citrus fruits such as “dalandan” likewise grow there. People from these villages are self sufficient and experience no water shortage.

Some enterprising families have already produced calamansi concentrate and have sold them in grocery stores in bigger cities.

Such contrast in fortune has nurtured a sliver of hope among other islanders: What if Homonhon could again become a hideaway for nature lovers, or at least become a major source of calamansi for the province and the region? —CONTRIBUTED