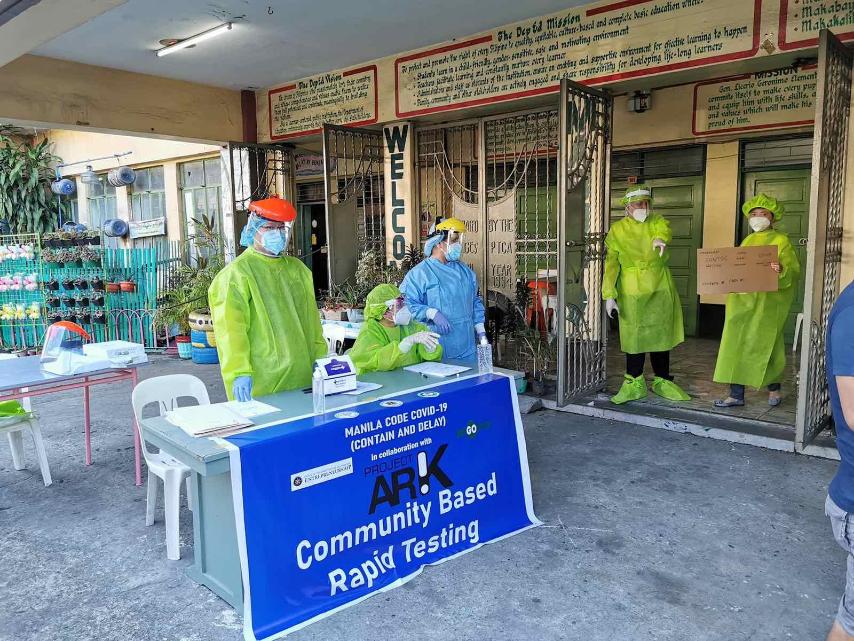 A business leader on Thursday stressed that one of the ways the private sector hopes to revive the economy crippled by the COVID-19 pandemic is to “test, test, test.”

“That really should be the focus now. Test, test, test,” presidential adviser for entrepreneurship and Go Negosyo founder Joey Concepcion said in an interview with the Inquirer, referring to mass testing for SARS-CoV-2, the virus that causes the severe respiratory disease.

Go Negosyo is spearheading Project ARK (antibody rapid-testing kits), a community-level massive rapid testing initiative. Screening can help identify persons with antibodies against the virus who could be possible donors of convalescent plasma for an experimental treatment of COVID-19 patients.The project, backed by conglomerates and large business organizations, ran a pilot test in Sampaloc, Manila, on April 24.

Of over 850 people tested, 31 were identified as “presumptive positive” for the virus. They were placed in isolation at the Del Pan quarantine facility, where they were to be retested using the RT-PCR kit.Concepcion said they would soon have 1 million test kits.

He said the “Test test test” approach was meant to augment government’s efforts so that more people could be screened and cleared of the virus, allowing companies and industries that are deemed safe to restart operations.

“We want to reopen the economy. We want more economic activity,” Concepcion said.

“Mass testing is a form of prevention,” he added, citing its use by other countries such as South Korea and US states like New York to successfully curb the contagion.