Infra spending down in February 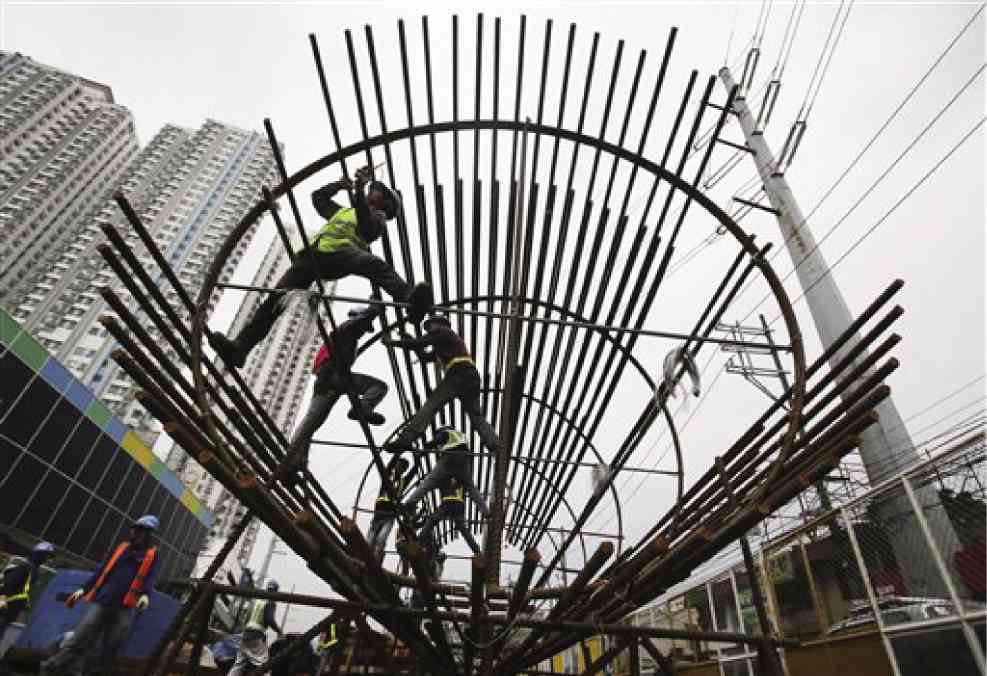 MANILA, Philippines — The amount spent by the government to build infrastructure declined in February, a month before the enhanced community quarantine (ECQ) was imposed and public construction activities were put to a halt.

The latest Department of Budget and Management (DBM) data showed that disbursements on infrastructure and other capital outlays declined 4.7 percent to P45.6 billion last February from P50.3 billion a year ago.

February infrastructure spending was also 5.5-percent lower than the P48.3 billion in January.

From January to February, expenditures on infrastructure and other capital outlays dropped by a faster 20.7 percent to P93.9 billion from P118.4 billion during the first two months of last year.

“The decrease is mainly attributed to the base effect of high infrastructure expenditures in the same period last year brought about by the payment of prior years’ accounts payable for completed projects of the Department of Public Works and Highways (DPWH),” the DBM explained in a report.

“Prior years’ accounts payable of the DPWH for its capital outlays for the first two months of 2020 amounted to P35.2 billion, down from the P82.2 billion recorded for the same period last year. This decline was partly offset by the increase in the DPWH current year accounts payable (nearly P13 billion year-on-year), payments for completed projects under the revised Armed Forces of the Philippines (AFP) modernization program of the Department of National Defense (DND), and encashment of check floats,” the DBM noted.

During the ECQ which started in mid-March, the Inter-Agency Task Force on Emerging Infectious Diseases (IATF-EID) did not allow implementing agencies to continue construction of big-ticket infrastructure projects even as there was a lull in other economic activities during the lockdown period.

Presidential adviser for flagship programs and projects Secretary Vivencio B. Dizon had told the Inquirer that they will again seek exemption “but we must impose very stringent measures to ensure safety and health protocols similar to what we did during the construction of the quarantine facilities,” referring to the ongoing conversion of sports and convention facilities in Metro Manila and New Clark City in order to decongest hospitals.

Moving forward, the DBM expects total disbursements during the month of March and for the entire first quarter to increase year-on-year, but “will likely be lower than the program with the temporary delays in program/project implementation as a result of the imposition of the ECQ due to the COVID-19 pandemic.”

“However, it must be noted that with the enactment of Republic Act (RA) No. 11469 or the Bayanihan to Heal as One Act on March 24, existing programs, activities, and projects of the government will be reprioritized, reprogrammed, and realigned to the extent possible to augment the provision for priority health and social protection-related programs and other measures intended to contain the COVID-19 emergency and mitigate its impact to the economy. Consequently, disbursements for the next few months are expected to increase with the purchase of medical supplies and equipment of the Department of Health (DOH) for the COVID-19 response, release of cash subsidies to families and sectors affected by the ECQ such as the Department of Social Welfare and Development’s (DSWD) social amelioration program (SAP), the Department of Labor and Employment’s (Dole) COVID-19 adjustment measures program (Camp), and the one-time grant of financial assistance to local government units (LGUs) equivalent to one month of their internal revenue allotment (IRA),” the DBM said.

“Meanwhile, spending for rest of the year will continue to be driven largely by the implementation of COVID-19 related programs, activities and projects, as well as other measures or strategies identified and recommended by the IATF-EID technical working group on anticipatory and forward planning (TWG-AFP) on how to move forward with the ‘new normal’ situation given the pandemic,” the DBM added.