MANILA, Philippines – The Philippines’ top monetary manager expects the local economy the enter a recession over the next six months before recovering in the fourth quarter, and entering an upward growth trajectory by next year.

But most other countries may not be as lucky, according to Bangko Sentral ng Pilipinas (BSP) Governor Benjamin Diokno, who said that the rest of the world economy faces a “virulent mix of monumental debt-to-GDP ratio and the deepest global economic recession in the last 100 years.” 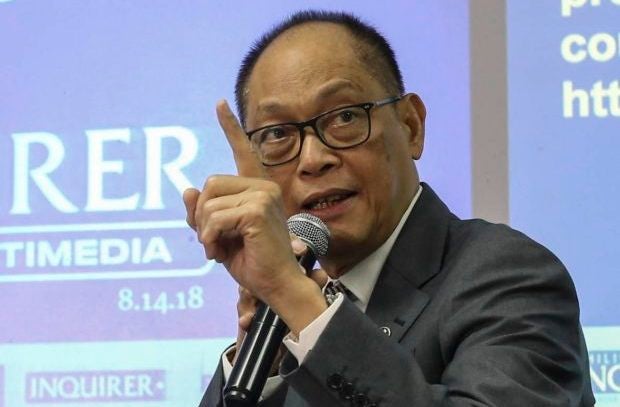 “The Philippines will likely follow a U-shaped economic recovery in 2021,” he said in a statement sent to reporters via mobile phone.

“The domestic economy could slow down in the first quarter of 2020, and is projected to contract in the second and third quarters before gradually recovering in the fourth quarter of 2020.”

Prior to next year’s strong recovery, however, Diokno said that local economic output, as measured by the gross domestic product (GDP), will likely average in the red for this year.

“On an annual basis, GDP is expected to shrink by 0.2 percent in 2020 before it bounces back to about 7.7 percent as the impact of the government policy support measures gain traction,” he said, adding that this recovery forecast hinges on the assumption that the coronavirus disease 2019 (COVID-19) pandemic is contained in the second half of this year.

Diokno — who has been at the helm of the BSP for the last 13 months — has overseen the most aggressive monetary loosening in recent times, with the regulator undertaking successive measures like cutting its key interest rate, slashing banks’ reserve requirements, buying bonds from the secondary market, as well as an unprecedented P300-billion budgetary support to the national government by buying bonds directly from the Bureau of the Treasury.

On top of this, he said that the BSP has more policy space and has vowed to use the regulator’s entire arsenal to help the Philippine economy stay afloat.

Its aggressive drive to pump the domestic economy with cash is being aided by a low inflation rate regime locally, aided by plummeting energy prices globally.

“The BSP forecasts that inflation will average at the low-end of the target range at 2 percent in 2020, down from the previous forecast of 2.2 percent,” Diokno said, saying that this was caused by the continued collapse of global crude prices, the decline of non-oil prices and the impact of COVID-19 on global and domestic growth prospects.

Meanwhile, the latest average inflation forecast of 2.45 percent for 2021 is slightly higher compared to the previous forecast due to the projected strong recovery in domestic activity and higher liquidity growth, he said.

Diokno noted that the the peso remains steady despite the market turmoil, and has been the second strongest currency, after the Japanese yen, among 14 monitored Asian foreign currencies after the COVID-19 outbreak.

“The strength of the peso might be attributed to the Philippines’ hefty gross international reserves and its strong economic fundamentals,” he said, adding that the central bank’s dollar stash is expected to top $90 billion by the end of 2020.