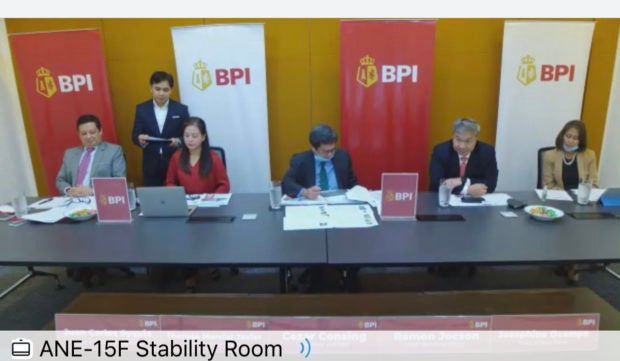 As businesses and consumers grapple with the unprecedented COVID-19 pandemic, Ayala-led Bank of the Philippine Islands (BPI) is bracing for a hefty increase in 2020 expenses on loan loss provisioning that could exceed record-high buffer levels seen during the Asian currency crisis.

Higher provision for probable credit losses trimmed BPI’s first quarter net profit by 5 percent year-on-year to P6.39 billion. This was as the bank set aside P4.23 billion in loan loss buffer – 2.4 times more than the buffer set aside year-on-year – as the COVID-19 pandemic ushered in a difficult period for consumers and businesses that could lead to potentially higher loan defaults.

Compared to the Asian crisis when the Philippines saw the highest ever ratio of bad loans, hitting high teens as a ratio of total loans, BPI president Cezar Consing said in a virtual press briefing on Thursday that the domestic economy and the banking system were in a much better position to withstand the current global crisis today.

During the Asian crisis that erupted in 1997 that caused a wave of corporate loan defaults and economic recession, Consing noted that the Philippine sovereign credit rating was only at BB – or below investment grade – compared to BBB+ at present while the country’s debt as a ratio of gross domestic product was at 51 percent compared to a little over 40 percent at present.

“We are looking at the Asian crisis as possibly a playbook. When we ask ourselves- will it get bad or will it get worse? Generally, leverage as a percentage of capital is lower so there’s more ability to withstand stress,” Consing said.

“But as a bank, we have to be ready for the worst. I think the banking system, in general, is ready for those,” he said.

The P4.23 billion loan loss buffer set aside by BPI in the first quarter was based on how much loans would likely turn sour as a ratio of the total portfolio for the whole of 2020.

“But those projections keep moving and understandably so, because the depth and length of this disruption is really very difficult to predict,” said Maria Theresa Marcial, BPI executive vice president and chief financial officer.

“We’re not prepared to give a specific amount in terms of indications for provisions going forward but suffice to say, BPI will be anticipating the trajectory of increasing NPL (non-performing loan) levels such that our provisions for the whole of 2020 will be much higher than historical levels,” Javier said.

During the Asian crisis which erupted in 1997, BPI’s loan loss provisioning hit 60 percent to as high as 100 percent, which meant that provisioning expense was equivalent to the bank’s entire net income for the year.

Based on how loan book and deposit books were faring so far, Javier said second quarter earnings “may hold up reasonably well even if there is a slowdown in economic activity and therefore there is a slowdown in new loan releases,” noting that BPI would benefit from declining cost of funds, based on the strength of its deposit franchise, alongside the fresh liquidity generated from recent fund-raising exercises.

Total deposits increased by 4.3 percent to P1.68 trillion. About 73.5 percent of total deposits were low-cost funds. For every P1 of deposits generated by BPI, it turned 86.3 centavos into earning assets through lending activities.

Operating expenses for the first quarter 2020 amounted to P12.53 billion, up by 3.8 percent from the previous year. The bank spent 49.6 centavos to earn every peso during the quarter, more efficient than the 53 centavos spent to earn every peso in the same quarter last year.

BPI’s first quarter performance translated to a return on equity of 9.38 percent, and a return on assets of 1.21 percent.