MILAN — European car sales tanked last month amid strict lockdown measures to contain the coronavirus that shut down dealerships for at least half of March and dried up consumer spending.

The drop is worse even than during the 2008-9 global financial crisis, which triggered a six-year slump in car purchases. The steepest losses during that financial crisis occurred in January 2009, when sales fell 27%. 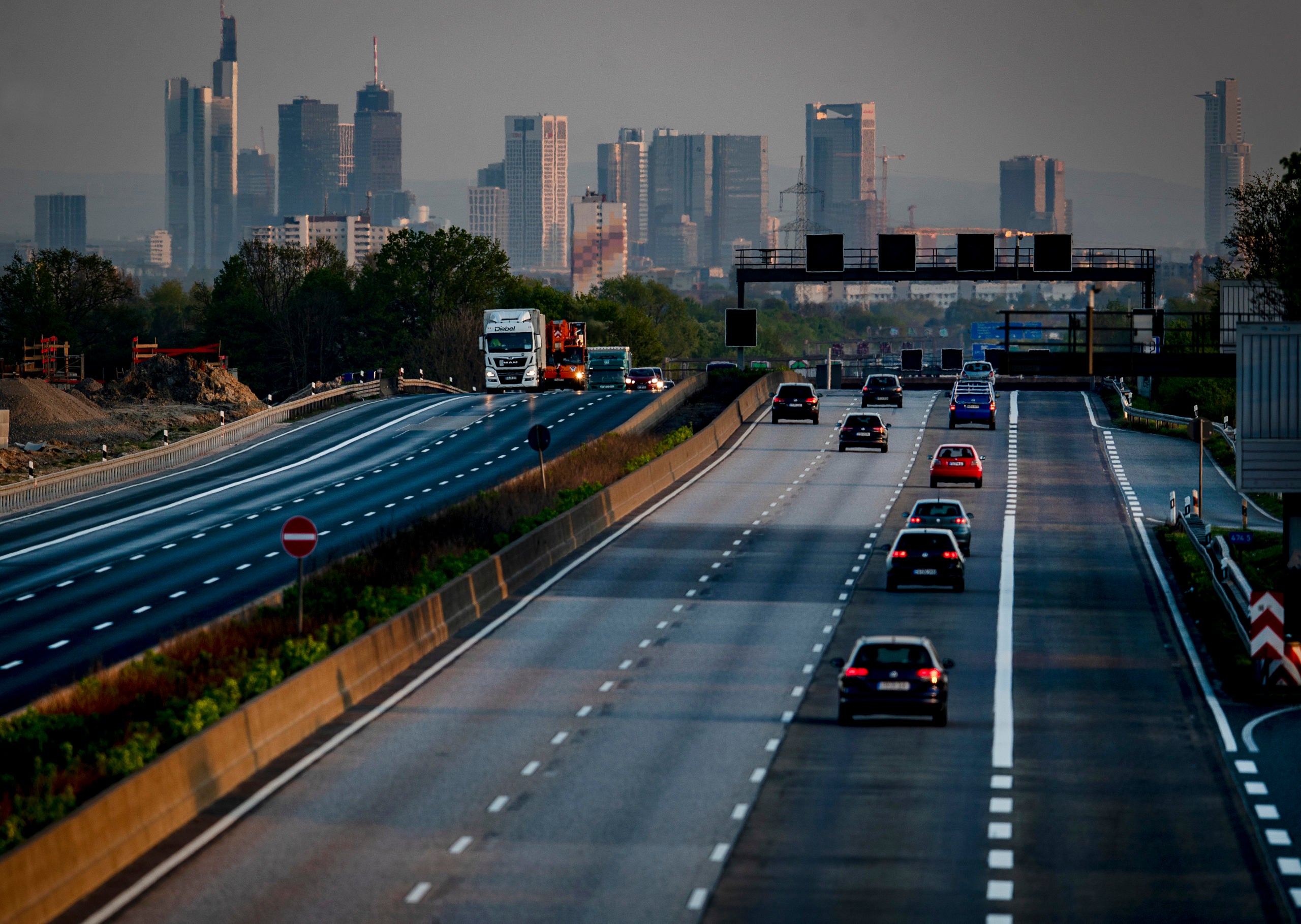 A few cars and trucks drive on the usually very crowded main highway around Frankfurt, Germany, that is seen in the background on Thursday, April 16, 2020. Due to the coronavirus, the economy worldwide expects heavy losses. (AP Photo/Michael Probst)

During the coronavirus emergency, European consumers are facing economic uncertainty due to the public health crisis that has triggered a dramatic decrease in national wealth, industrial production and commerce deemed non-essential. All that is having a knock-on effect on employment and salaries, even with short-term unemployment schemes being activated in most countries.

Auto industry production shutdowns have affected 1.1 million jobs and reduced production by at least 1.2 million vehicles through the end of last month, according to ACEA statistics. Auto industry revenues account for 7% of EU GDP.

Italy, the first country to be hit by the virus in Europe, suffered the worst drop at 85%, with just 28,326 new cars registered in March. Demand collapsed also in France, by 72%, and Spain, by 69%. Germany, which avoided tough restrictions longer, recorded a less extreme drop, at 38%.

Over the first quarter as a whole, passenger car registrations were down by one quarter.

Mass-market carmakers took the biggest hits: Fiat Chrysler sales dropped by 77% while PSA group dropped 68% and Renault by 64%. Germany’s Volkswagen resisted somewhat better, with a 46% hit, which nonetheless saw its market share grow by nearly 5% to 29%.

‘Fight not over yet:’ Pangilinan denounces passage of Anti-Terror Act