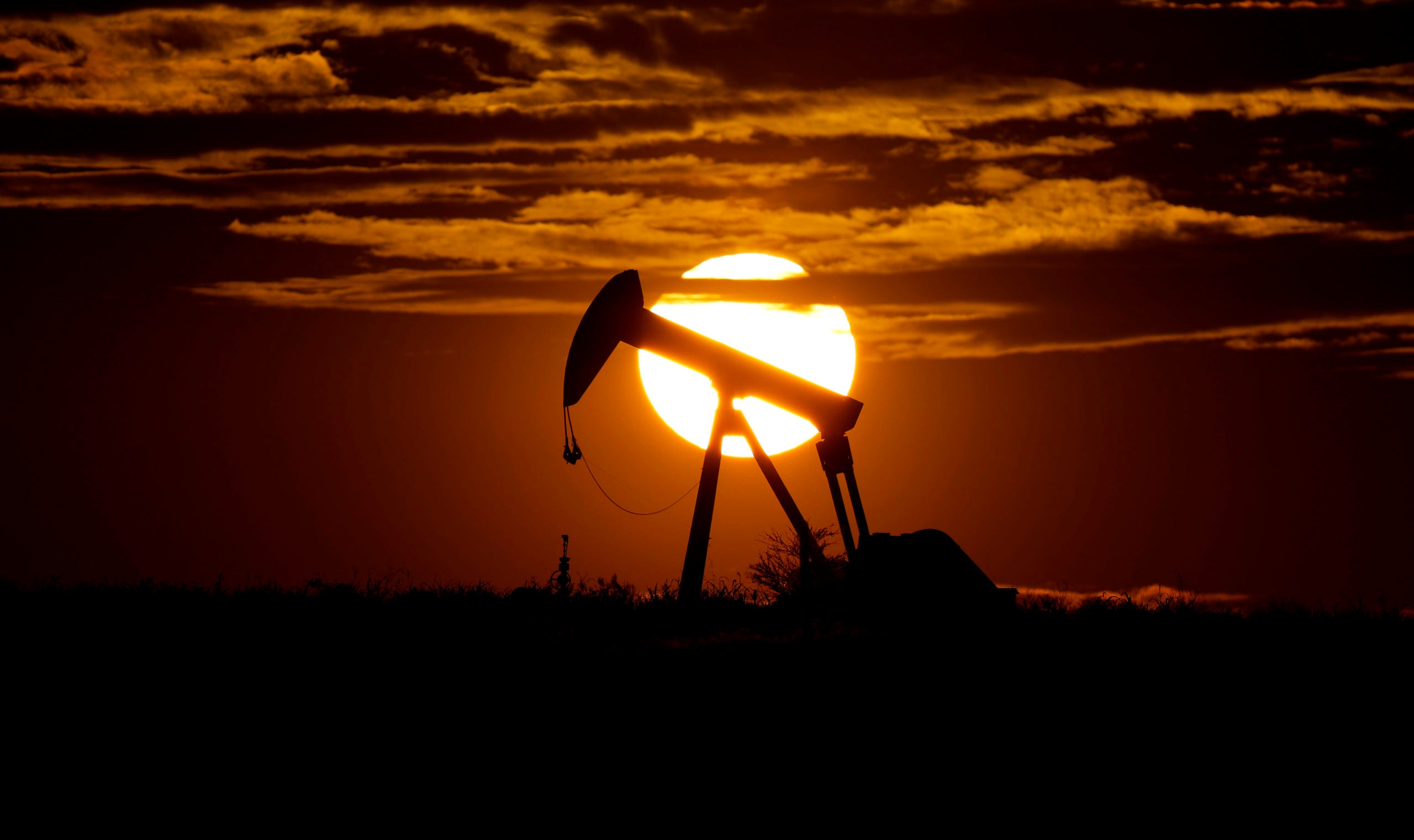 The sun sets behind an idle pump jack near Karnes City, Texas, Wednesday, April 8, 2020. The demand for oil continues to fall due to the new coronavirus outbreak. (AP Photo/Eric Gay)

MOSCOW — Oil-producing countries, including those of the OPEC cartel and Russia, are trying to strike a global deal to pump less crude in a bid to limit a crash in prices that, while welcoming for consumers, has been straining government budgets and pushed energy companies toward bankruptcy.

Thursday’s videoconference is part of a series of talks on stabilizing a market, where oil prices have more than halved since the start of the year amid a pricing war between Saudi Arabia and Russia. The drop was intensified when the coronavirus pandemic caused a further plunge in the demand for oil as travel and business ground to a halt globally.

Kremlin spokesman Dmitry Peskov said Thursday that Russia will advocate for a coordinated move that not only includes OPEC and Russia, which had coordinated production cuts for four years until they fell out spectacularly this year, but also the United States. The United States is the world’s top producer now and the slide in crude prices is causing huge financial damage to companies in the oil patch.

“We are ready for agreements with partners and within the framework of this mechanism – OPEC-plus — and we are ready for cooperation with the United States of America on this issue,” Putin said.

“According to preliminary estimates, I think that we can talk about a reduction in the volume of about 10 million barrels per day, a little less, maybe a little more,” he added.

The oil market was already oversupplied when Russia and OPEC failed to agree on output cuts in early March. Analysts say Russia refused to back even a moderate cut because it would have only served to help U.S. energy companies, which were pumping at full capacity. Stalling served to hurt American shale-oil producers and protect market share.

Russia’s move appeared to enrage Saudi Arabia, which not only said it would not cut production on its own but said it would increase output instead and reduce its selling prices in what became effectively a global pricing war.

In the time since, prices have collapsed. International benchmark Brent crude traded Thursday over $34 a barrel as the U.S. benchmark West Texas crude traded under $27. That is just over 50% lower than at the start of the year. At one point, prices were down to about 60%.

In Russia, which relies on oil as the main source of income, the price collapse caused the ruble to crash, which in turn boosted the cost of imports and sped up inflation.

Russia’s Energy Ministry said Wednesday it is prepared to cut production by 1.6 million barrels a day, about 14% of its overall production, under an OPEC+ deal.