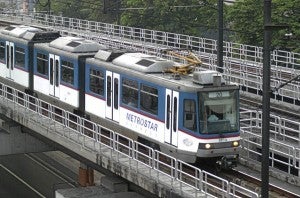 Two major potential bidders for the joint Light Rail Transit (LRT) and Metro Rail Transit (MRT) operations contract are currently searching for foreign partners that can give them the technical expertise to operate the commuter train lines.

San Miguel Corp. president and chief operating officer Ramon S. Ang on Monday said the company was in talks with several foreign groups that would enable the conglomerate to take on the project.

Optimal Infrastructure Inc., a unit of SMC, was among the 16 companies that have so far bought bid documents for the five-year P14-billion project from the Department of Transportation and Communications.

The government has said that no local bidder was qualified to take on the project, given the need for a background in operating trains, as stipulated in the terms of reference.

Ang said SMC might form a joint venture with a foreign firm to bid for the project, but noted that hiring a foreign train operator could be an easier option.

In a separate interview, Manuel V. Pangilinan, chairman of Metro Pacific Investments Corp. (MPIC), said his group was also in discussion for a possible tie-up with a foreign firm.

MPIC unit Metro Pacific Lightrail Corp. is also one of the firms preparing its own bid for the project.

“We don’t have any experience in train operations. It will be important, if not necessary, to have a foreign group for the light rail system project,” Pangilinan said.

Other local groups interested in the LRT-MRT contract—the first of the Aquino administration’s public private partnership (PPP) projects to be put on the auction block—include conglomerate Ayala Corp. and DM Consunji Inc.

The LRT line 1 and MRT are two of Metro Manila’s busiest train lines, each carrying about 500,000 people daily. The privatization of both lines’ operations aims to create a seamless link between the two lines, leading to better services for commuters.