NEW YORK — Wall Street and markets around the world fell sharply Wednesday as the economic and physical toll caused by the coronavirus outbreak mounts — and as experts say they still can’t predict when it will end. 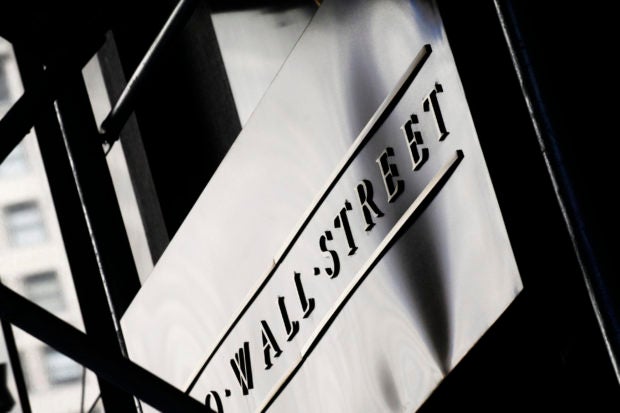 The S&P 500 lost 4.4% after the White House said anywhere from 100,000 to 240,000 Americans could die from COVID-19, even if the country follows guidelines to avoid shopping trips, eating at restaurants and other activities through April. Florida’s governor became the latest to issue a statewide stay-at-home order.

Such restrictions have already deeply gashed the economy, and Whiting Petroleum, one of the biggest drillers in the Bakken shale formation, filed for Chapter 11 bankruptcy protection Wednesday, with the price of oil near $20 a barrel.

Automakers also reported sharp drops in U.S. sales for March, including a 43% plunge for Hyundai. Mortgage applications tumbled 24% from year-ago levels as open houses are all but shut down.

“There is a lot of uncertainty,” said Megan Horneman, director of portfolio strategy at Verdence Capital Advisors. “The negative news is really taking over.”

The negative news was also global. Japanese stocks took some of the world’s heaviest losses, down 4.5%, after a survey of business sentiment there fell to its worst result in seven years. Britain’s FTSE 100 fell 3.8% after big banks there scrapped dividend payments, part of a worldwide effort by companies and households alike to conserve cash.

Stocks have plunged this year as the coronavirus pandemic forces economies into what is expected to be a steep, sudden recession. The S&P 500 just closed out its worst quarter since 2008 with a 20% loss.

“The challenge for investors is you don’t know how deep and how wide this downturn may be,” said Rob Haworth, senior investment strategist at U.S. Bank Wealth Management. “It ends up being a true leap of faith that the forecast and the duration of the pandemic will be accurate.”

A report on Wednesday said that private U.S. employers cut 27,000 jobs last month, which was actually much milder than economists were expecting. The survey used data from March before the number of people seeking unemployment benefits exploded to a record.

Even Friday’s more comprehensive jobs report from the government may not show the full scale of the layoffs sweeping the country, according to Rhea Thomas, senior economist at Wilmington Trust. Small businesses are seeing the sharpest declines in employment, and some firms that closed may not be responding to the survey.

The government’s weekly jobless claims report may offer a better view. The next batch of numbers comes Thursday, and economists say it could blow past last week’s total of nearly 3.3 million initial claims, which itself was quintuple the prior record.

The number of infections keeps rising, which worsens the uncertainty. The United States has more than 206,000 cases, according to a tally by Johns Hopkins University. That leads the world, which has more than 911,000 confirmed cases.

For most people, the coronavirus causes mild or moderate symptoms, such as fever and cough that clear up in two to three weeks. For some, especially older adults and people with existing health problems, it can cause more severe illness, including pneumonia, and death.

Stocks had cut some of their severe losses in recent weeks as Washington swooped in with aid for the economy and markets.
The S&P 500 jumped nearly 18% in just three days last week as Congress struck a deal on a $2.2 trillion rescue package for the economy and the Federal Reserve promised to buy as many Treasurys as it takes to get lending markets running smoothly.

House Democrats are already collecting ideas for a possible fourth round of aid for the economy, and Trump has tweeted his support for a $2 trillion infrastructure package. But top Republicans in Congress say they first want to see how well their just-approved programs do.

The S&P 500 fell 114.09 points to 2,470.50, and all 11 sectors that make up the index lower. Among the few gainers were Kellogg, Dollar General and other companies selling day-to-day essentials that households are stocking up on to ride out stay-at-home orders.

On the losing end was Macy’s, whose drop Wednesday brought its loss for 2020 so far to nearly 74%. So much of the company’s market value has vanished that S&P Dow Jones Indices is removing it from the S&P 500 index of big U.S. companies, skipping its index of mid-sized stocks and placing it into its small-stock index, effective Monday.

“There are more worries now about this rippling through dividend payments and cutting back on the income investors are getting,” said Jeffrey Kleintop, chief global investment strategist at Charles Schwab.

The yield on the 10-year Treasury dropped to 0.60% from 0.70% late Tuesday. A bond’s yield drops when its price rises, and investors buy long-term Treasurys when they’re fearful because they see U.S. government bonds as having virtually no risk of default.