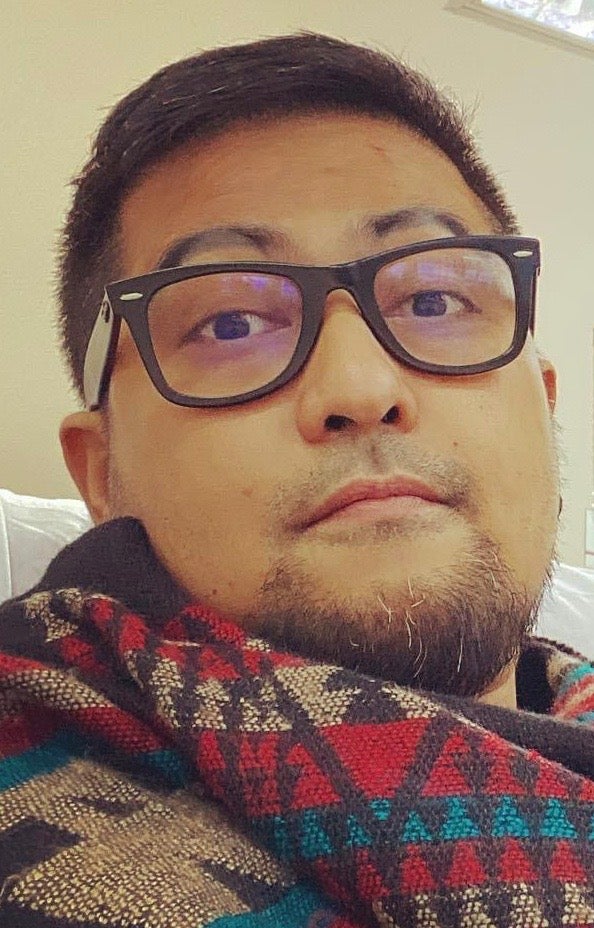 Award-winning food scientist, food security advocate and University of the Philippines (UP) College of Home Economics professor Alonzo Gabriel passed on Tuesday after months of battling cancer of the lymphatic system. He was 39.

Gabriel had gone through 10 cycles of chemotherapy, complications from which led to his demise.

Raquel Florendo, UP Diliman Vice Chancellor for Planning and Development, said in a social media post: “He will be forever remembered as a brilliant academic, but more so as a kind, decent, selfless teacher, friend, son, brother and loved one to his greatest love, Anril.”

“Al is very diligent, driven to succeed and determined to be an instrument to inspire as many people as he can,” said Jose Wendell Capili, professor at UP Diliman’s Department of English and Comparative Literature, College of Arts and Letters.

Gabriel was “very generous” and had been the breadwinner of his family since college, Capili said.

“His DOST (Department of Science and Technology) and Monbusho (from the Japanese government) scholarships, his work as an academic, and his numerous awards and fellowships enabled him to support his family. He sent his two siblings to high school and college. He also supported some of his students, especially those who come from the regions,” Capili added.

“The nation has lost one of its greatest minds. And certainly, the world will be missing one of its most beautiful souls,” political scientist Richard Heydarian said in a Facebook post.

Heydarian described Gabriel as “an inimitable beacon of integrity, a pillar of intellectual humility and academic excellence, and unparalleled consistency as a loving, supportive friend one could only dream of.”

“I’m honestly looking for words, but only found tears with the thought that we’ve lost a comrade in our shared service to humanity. I console myself with the thought that Doc Al has done so much in so short a life that he lived. And so he lives on,” said lawyer Maria Antoinette Velasco-Allones, Tourism Promotions Board chief operating officer and former Executive Director of the Career Executive Service Board.

Gabriel obtained his PhD in Bio-functional Science and Technology (Food Microbiology and Hygiene) from Hiroshima University in Japan. He was a TOYM (The Outstanding Young Men of the Philippines) honoree for food science and technology (Class of 2013) and likewise received the Junior Chamber International (JCI) TOYP (The Outstanding Young Persons of the World) award in 2014.

“What’s best about Doc Al is even after winning TOYM and TOYP, he went back as a (shortlisting) committee member to help search for new TOYM winners to inspire the youth,” said PhilCare chief executive officer Jaeger Tanco, who chaired JCI’s search for TOYM Class of 2015.

Gabriel was one of the Metrobank Foundation’s Outstanding Filipinos awardees in 2017 and also bagged the National Academy for Science and Technology (NAST) Young Scientist Award (for the field of Microbiology and Hygiene) in 2013.

Among other awards garnered by Gabriel were: the 2016 UPD Gawad Tsanselor Para sa Natatanging Guro; the 2016 International Award for Young Agricultural Researchers by the Japan International Research Center for Agricultural Sciences; the 2016 DOST Outstanding Research Development Award for Applied Research (Julian A. Banzon Medal); the 2014 Gregorio Y. Zara Award for Applied Research of the Philippine Association for the Advancement of Science (PhilAAS); and, the 2013 IUFoST (International Union of Food Science and Technology) Young Scientist Excellence Award.

In Senate Resolution No. 875 introduced by Senator Manuel Lapid when Gabriel won the 2014 TOYP award, he was described as a person who “helps micro and small scale industry stakeholders who do not have the ability to conduct their own research to stay updated with the newest food safety and processing innovations, as they are often marginalized or underprivileged across communities.”

“His advocacy for improved food quality, safety and defense moves farmers, fishermen and food manufacturers to comply with international standards for production, distribution and trade,” the resolution said.