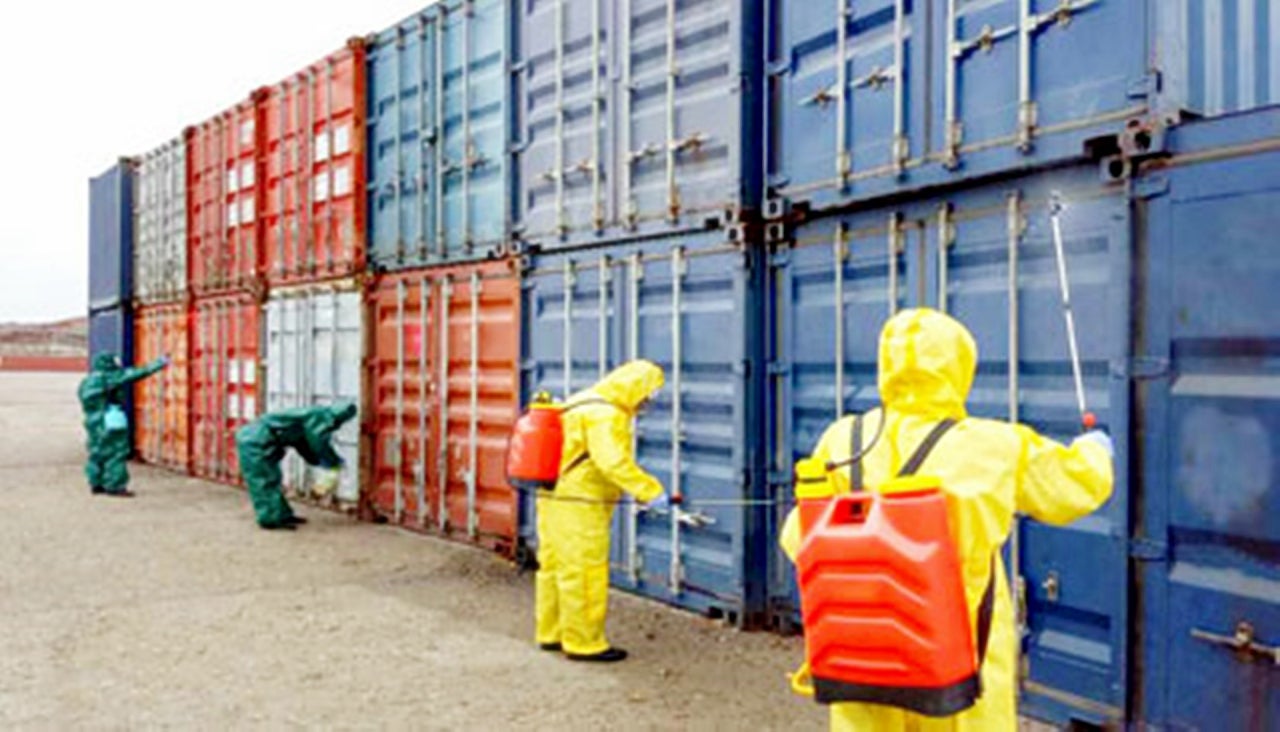 North Korean officials decontaminate shipments at its largest container port in the west-coast city of Nampo on March 9. (Yonhap)

The virus outbreak prompted Pyongyang to shut its borders with China.

The North has long relied on tens of thousands of its people working in China, Russia and elsewhere to send dollars back home, but under UN-led sanctions, many workers have been sent back.

“North Korea appears to be facing difficulty securing foreign money, as Chinese tour programs are halted over virus outbreak and a significant number of North Korean laborers have been repatriated,” the report said.

Total trade volume with China, the North’s No. 1 ally and trading partner, is unlikely to take a major hit from the virus, it added.

The KIEP suspected North Korea has yet to suspend travel of cargo ships. Pyongyang kept its doors open to trading vessels during the SARS outbreak in 2004.

North Korea’s economy is already in dire condition, the study pointed out, with its trade volume cut last year to $2.7 billion, compared with $5.3 billion in 2016.

“Pyongyang is offering labor and land in exchange for Beijing’s capital and technology. It’s a joint venture where North Korea runs the business and China receives its proceeds,” one trader told RFA.

But the Chinese were not as receptive to the proposal as they had previously been, and it remained uncertain whether an agreement was viable, RFA said.