Korean companies shut plants in India upon order over virus 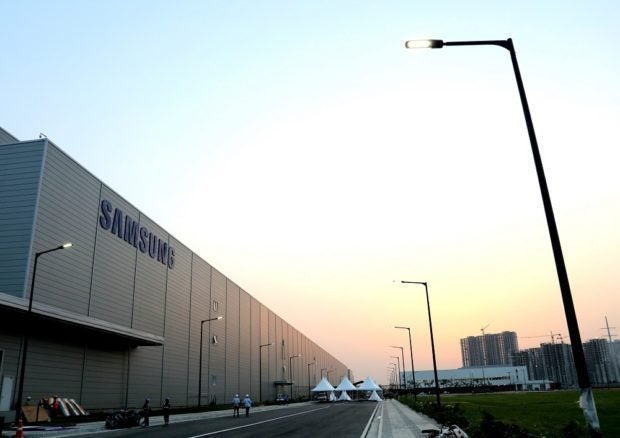 SEOUL — As the Indian government has decided to close all nonessential services across the country until the end of March amid the coronavirus scare, South Korea’s largest companies will temporarily shut their plants operating in India, according to the firms on Monday.

Samsung Electronics will halt the production of its smartphone production facility in Noida, about 25 kilometers southeast of New Delhi, from Monday through Wednesday in line with the Indian government’s order.

The Samsung phone factory, visited by President Moon Jae-in in August 2018, is the world‘s largest mobile plant with an annual production capacity of 120 million units.

The Korean tech giant has doubled its capacity with an aim to take a solid lead in the neck-and-neck competition with China’s budget phone maker Xiaomi.

Including the city in the Gautam Buddha Nagar district of Uttar Pradesh state, the Indian central government has announced the closure of trains and interstate transport until March 31 and imposed a lockdown in a total of 75 districts where positive COVID-19 cases have been reported.

However, unlike other companies shutting down until the end of the month, Samsung is planning to resume the operation of the Noida plant on Thursday, as was discussed with the Indian government, a company official explained.

LG Electronics has decided to stop operations of two factories in Noida and Pune in the state of Maharashtra through the end of the month. Pune is the second largest city in the state, after Mumbai.

“The plants are sizable facilities that serve as one of the global production hubs, purposed for the vast Indian market,” said an official at LG.

Considering that India is the biggest market after China and the US with a population of over 1.3 billion, the longer-than-expected suspension of the major plants run by the Korean companies would inevitably deal a blow to their sales in a rapidly growing market.

Hyundai Motor, Korea’s biggest automaker, closed its factory in Chennai from Monday, and will keep it shuttered through Tuesday to comply with the Indian government’s order.

The auto plant has a production capacity of 700,000 units a year.

“Under the government’s direction, Hyundai Motor will take precautionary measures for local employees’ safety by suspending the Chennai plant until the end of March,” a company official said.

Amid the global COVID-19 scare, the Korean carmaker has also decided to suspend its facility in the Czech Republic until April 3, and a plant in the US state of Alabama until March 31.

Hyundai Motor Group’s affiliated Kia Motors will shut down its plant in Slovakia until April 3, too. Kia is still running its Georgia facility in the US.

Korean steelmakers operating processing plants in India will also be stopping their operations until the end of this month.

According to the industry, Posco and Hyundai Steel will be shutting their processing plants while employees there are working from home.