Getting by with a little help from friends

The community quarantine, while inconvenient and disruptive for most, still continues to bring out the best among individuals and organizations who keep finding ways to help those on the front lines of the battle against the new coronavirus disease (COVID-19) pandemic.

Ronald Mascariñas, president and general manager of Bounty Agro Ventures Inc., (which carries, aside from Chooks-to-Go, brands such as Uling Roasters, Reyal, Maro Kamumako and Snok), says their stores work closely with beneficiary hospitals for regular pickup of free meals for medical staff across Luzon, Visayas and Mindanao.

“We identify which hospitals are dealing with high numbers of COVID-19 cases so we can prioritize them,” Mascariñas says.

On top of that, Mascariñas says his other staff go around Metro Manila checkpoints to distribute meals to the police and military, “just to show our appreciation for their efforts.”

Another chicken establishment, 24 Chicken, has given free meals to hospitals such as the Philippine General Hospital, University of Santo Tomas and San Lazaro. They’ve also catered to the immigration staff of Terminal 3 of Ninoy Aquino International Airport, and plan to go around checkpoints, too, just like Chooks-to-Go.

Around 700 students who cannot leave their dormitories inside the University of the Philippines Los Baños are also recipients of free Chooks-to-Go meals. As with Bavi’s partner hospitals, the meals are picked up by those authorized to go in and out of campus from Chooks-to-Go branches nearby.

As Bavi strives to consist­ently provide these free services during the monthlong quarantine, the company, and its sister organization Bounty Fresh Foods Inc., makes it a point to continue running their businesses as smoothly as possible. Office-based employees work from home, but 100 percent of personnel involved in operations, from farms to processing plants to markets and stores, are required to come in. Mascariñas says they provide employees with transportation.

“I’ve convinced them to do the work because if not, then we wouldn’t have any business to go back to, once this blows over,” Mascariñas says. “And they’ve surprised me with their commitment to really come to work.”

Around 80 percent of Bavi’s stores are still operating, but it is the farm’s and processing plant’s operations that are keeping them afloat, Mascariñas adds. As long as this doesn’t change, he says he remains positive that their business will survive the COVID-19 crisis.

“But if the situation worsens, if, for example, mobility is totally stopped, then that will be very difficult for us,” he says.

Try Vegan, a vegan grocery and restaurant in Parañaque City, shares the same sentiment. Owner Ferch Reynoso says their productivity is only as good as the guidelines implemented by government. 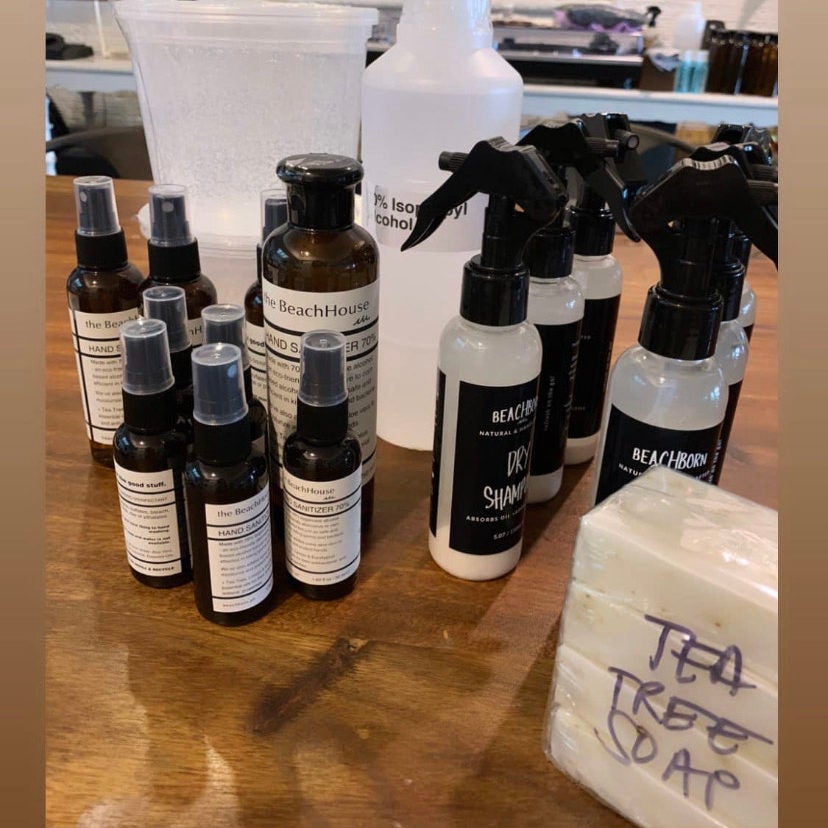 “The important thing is to be agile,” she says. “So now, we work around whatever is happening.”

After closing for two days, Try Vegan reopened on Thursday to provide food pickup and delivery services to their customers, “who are also waiting for us to serve their vegan needs,” Reynoso says.

Before that temporary closure, however, Try Vegan had been able to donate plant-based meals to the Philippine Heart Center and the National Kidney and Transplant Institute, through a doctor-customer affiliated with the two hospitals.

“She asked us to donate because all the food that workers were receiving were meat-based and high in cholesterol,” Reynoso says.

For now, they are still looking for other groups or organizations to donate to, provided they get around the logistical problem of moving around Metro Manila. While Try Vegan has transportation to take staff to and from their store, Reynoso says the movement of goods is a different challenge.

In the meantime, she says they have focused on helping The Veggie Drop-off, a group that helps farmers from provinces sell directly to consumers in Metro Manila.

Tomorrow, Try Vegan will be one of the The Veggie Drop-off’s pickup centers (Reynoso advises customers who can visit their store to preorder via Try Vegan’s Facebook page, where they have posted details about the event).

As for Sarah Irene Tirona, who manages local personal care brand Beach Born, business has almost completely come to a stop, especially since their operations sit in the middle of a “hot zone”—Greenhills in San Juan City. 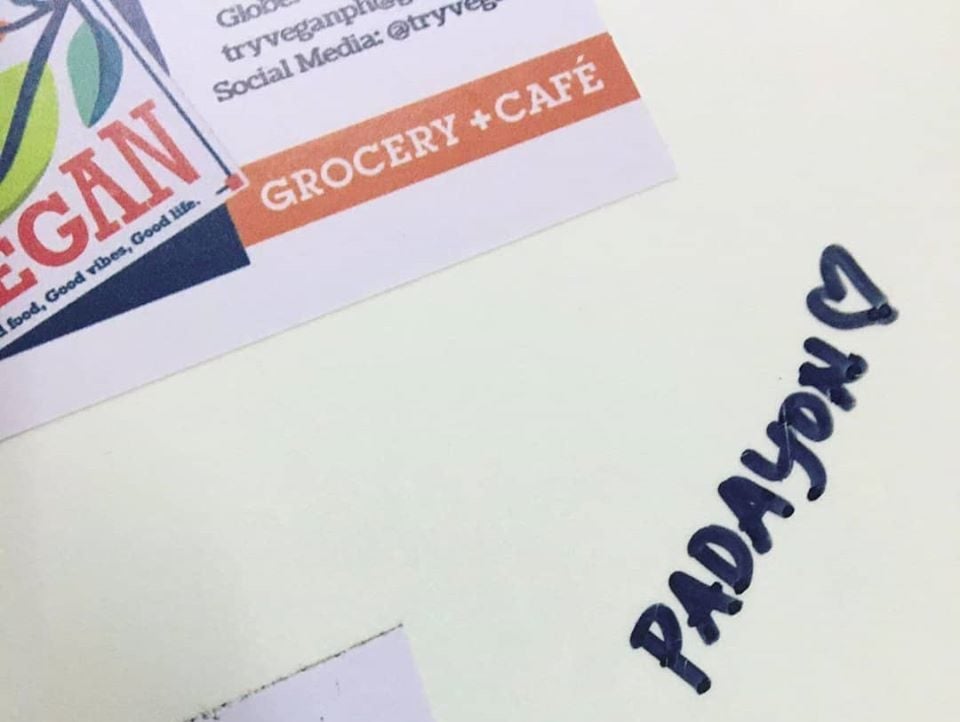 Taking into consideration the
health of medical workers, Try
Vegan provides them with
plant-based meals, with items
such as vegan tapa.

Still, Tirona has managed to donate most of her stocks on hand—such as dry shampoo, soaps and hand sanitizers, as well as toothbrushes and alcohol—to San Lazaro Hospital and Asian Hospital and Medical Center. “The ones we sent to those in Asian Hospital were for workers who were stranded [at the start of the quarantine], and therefore had no personal products on hand.”

She even manages a small but upbeat laugh when asked about the economic impact of the crisis. She says she’s trying to continue production all by her lonesome (her staff can’t come to work because of the lockdown), but has now started to focus more on organizing, together with a group of friends, a fundraiser for the homeless.

Like Tirona, Arthur and Alex Cantor, owners of bar and restaurant Rue Bourbon, are channeling their energy into doing good for their community. They’ve donated surgical masks, alcohol, and food to hospital staffers, and by March 20 will be launching an online concert series called “Bahay Muna.”

The prerecorded series will be uploaded every Friday, 8 p.m., on the official Rue Facebook and Instagram pages.

This spirit of community is also what the Cantors—as well as the other aforementioned brands—are relying on in these times of uncertainty, when policies seem to change from one day to the next.

As Try Vegan’s Reynoso puts it, every day is now “a learning experience.”