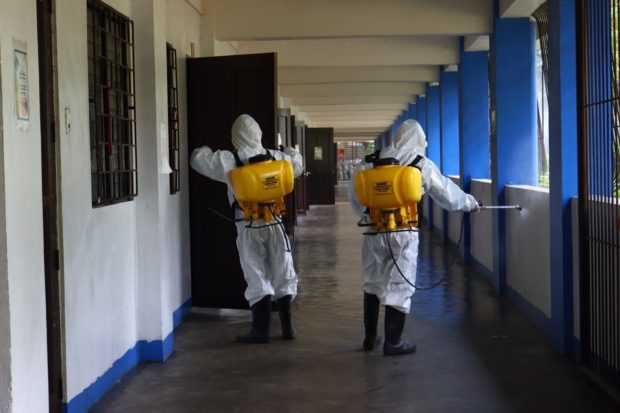 Precautionary measures such as disinfection of public places were also implemented in Pasig.

As the threat of COVID-19 looms, local government units (LGUs) have been tasked by Malacañang to implement urgent measures and utilize resources to contain the effects and impact of the new coronavirus.

On March 8, President Duterte declared a state of public health emergency throughout the country after the first local transmission of the new coronavirus disease was confirmed by health officials. Under Proclamation No. 922, all government agencies and LGUs are ordered to “render full assistance and cooperation and mobilize the necessary measures in a timely manner to curtail and eliminate the COVID-19 threat.”

The novel coronavirus was first detected in December last year in Wuhan, China and has now reached more than 100 countries. The virus has been named SARS-CoV-2 and the disease it causes is called COVID-19. The World Health Organization has declared COVID-19 a pandemic. 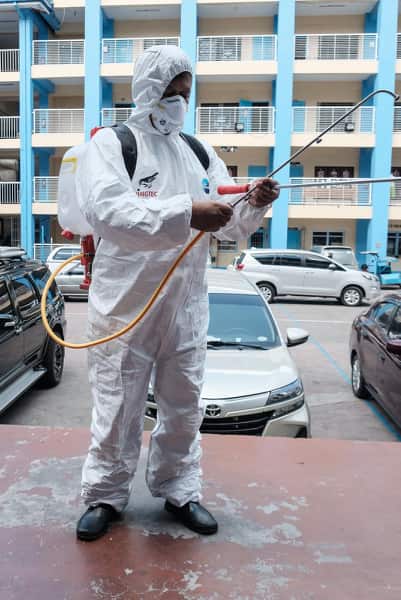 The first local transmission in the country, the fifth case positive for the disease, was confirmed by the Department of Health (DOH) on March 7, prompting health officials to raise COVID-19 alert level to code red sublevel 1. This called Filipinos to practice social distancing and to postpone mass gatherings and unnecessary travel, along with the usual proper hand hygiene and cough etiquette to prevent further community transmission.

Mayors in Metro Manila were quick to respond to the call as most of the confirmed cases, as of Thursday, reside in the capital region, specifically in the cities of Pasig, Marikina, Quezon City, San Juan, Manila and Makati. Task forces were created by city mayors in February to promote awareness of the coronavirus, in response to a directive of the Department of Interior and Local Government (DILG).

The Manila city government launched “Code-COVID-19,” which aims to “contain and delay” the coronavirus through various measures, including the issuance of a medical bulletin every three hours and the acquisition of 135 misting machines. On March 10 and 11, misting operations were done by the Manila Disaster Risk and Reduction Office (MDRRO) along the university belt as well as in public schools, public markets, government offices, health centers, courts and other facilities.

Manila Mayor Francisco “Isko Moreno” Domagoso also bared quite an extensive, well-thought-out plan to counter the impact of COVID-19 on the Philippine capital. It included having adequate stock of canned goods, bottled water and rice, as well as setting aside budget that can be used to feed some 350,000 families for three days, provide vitamins for the elderly, disseminate accurate and helpful information about COVID-19, and to purchase medicines, medical equipment, disinfectants and other similar items. 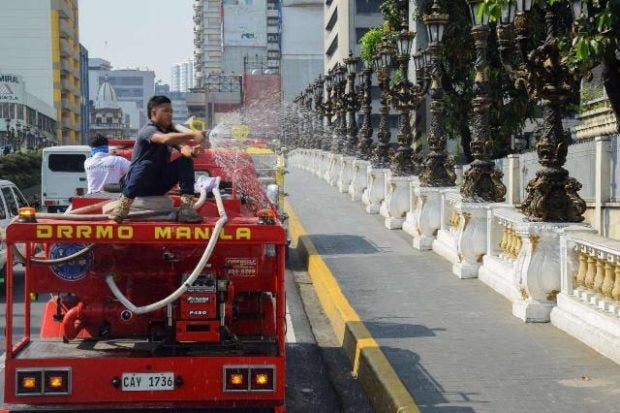 In Pasig, precautionary measures were similarly implemented such as contract tracing, disinfection of public places, including all 45 public schools, and cancellation of public events.

After the confirmation of five residents positive for COVID-19, Marikina Mayor Marcy Teodoro announced that the city is set to purchase 3,000 testing kits developed by the University of the Philippines scientists. The testing kits were approved by the Food and Drug Administration.

The Quezon City General Hospital has meanwhile set up makeshift health facilities, including tents where persons under investigation (PUI) will be checked and an isolation room where PUIs will be confined. An unmanned firefighting machine was also used to disinfect schools and public spaces. 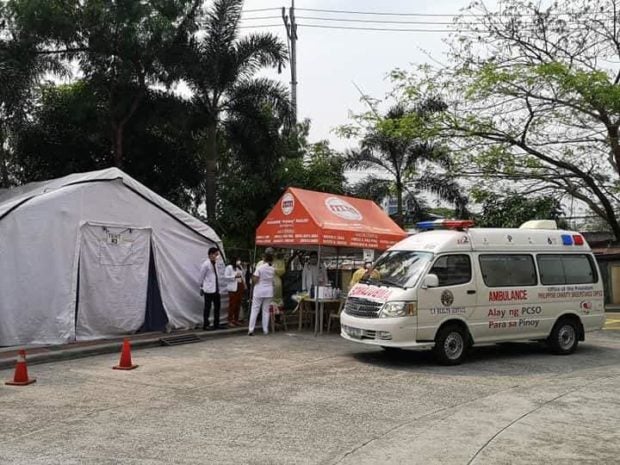 Isolation areas were also established in Makati City, whose cases increased to nine as of March 12. Meetings with building administrators and management were also held to brief establishments on preventive measures. The city’s health workers underwent training on the handling of COVID-19 cases. 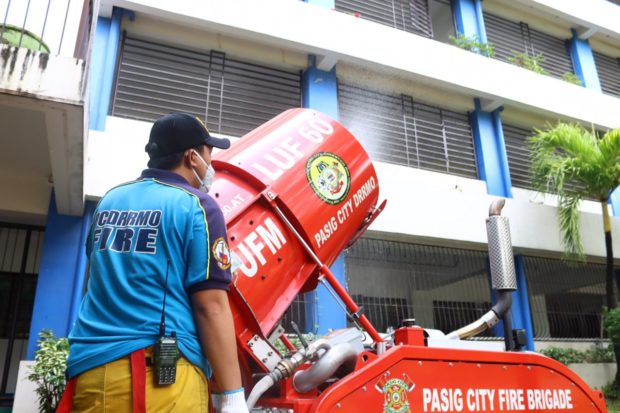 DILG data showed that Bicol region recorded a 100 percent compliance rate, with 3,471 barangays organizing BHERTs, followed by Central Luzon region (99.42 percent or 3,084). BHERTs, composed of an executive officer, a barangay tanod and two barangay health workers, are tasked to monitor the community for possible COVID-19 cases through home visitation, especially if residents came from a country with known coronavirus cases.