From ‘the Fort,’ BCD takes shape 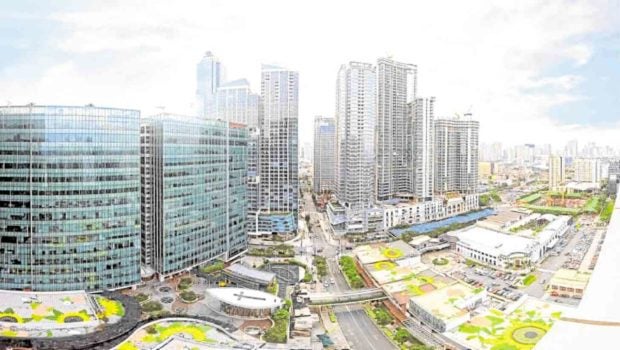 It is starting to take shape as the newest urban hub built in a former military camp.

The 160-hectare Bonifacio Capital District (BCD)—which was once part of a land that operated as a military base after it was acquired by the United States government in 1902—is now a sprawling property that continues to grow, with its bustling commercial hubs, premium grade offices and upscale residential communities.

To recall, the property was known in the early 1900s as Fort McKinley, named after former US President William McKinley. It then served as headquarters of Philippine Scouts, the Philippine Division of the US Army.

After the country gained independence from the US, the land was returned to the Philippine government in 1949. It was declared a military reservation through Proclamation No. 423 in 1957. Renamed Fort Bonifacio after Andres Bonifacio, the “Father of the Philippine Revolution,” it became the headquarters of the Philippine Army.

It was then put on sale when former President Corazon Aquino created BCDA, which was mandated to transform former military bases into alternative productive civilian use in 1992.

Proceeds from the sale of former military camps were used primarily for the modernization of Armed Forces of the Philippines (AFP), housing and livelihood assistance for AFP officers as well as informal settlers in areas near military bases, among others.

The privatization of land in Fort Bonifacio started in the mid-1990s during the term of former President Fidel Ramos.

In March 2019, Megaworld and BCDA partnered to create and jointly manage the 160-ha BCD, which will integrate 88 ha of the former’s existing township developments in the area with adjacent parcels of land of BCDA.

Today, the BCD is poised to become the country’s “administrative capital” as government institutions such as the Senate of the Philippines, the Supreme Court and the Court of Appeals will soon rise in the urban hub.

More office and retail spaces as well as residential units and parks are being added to the new business district. 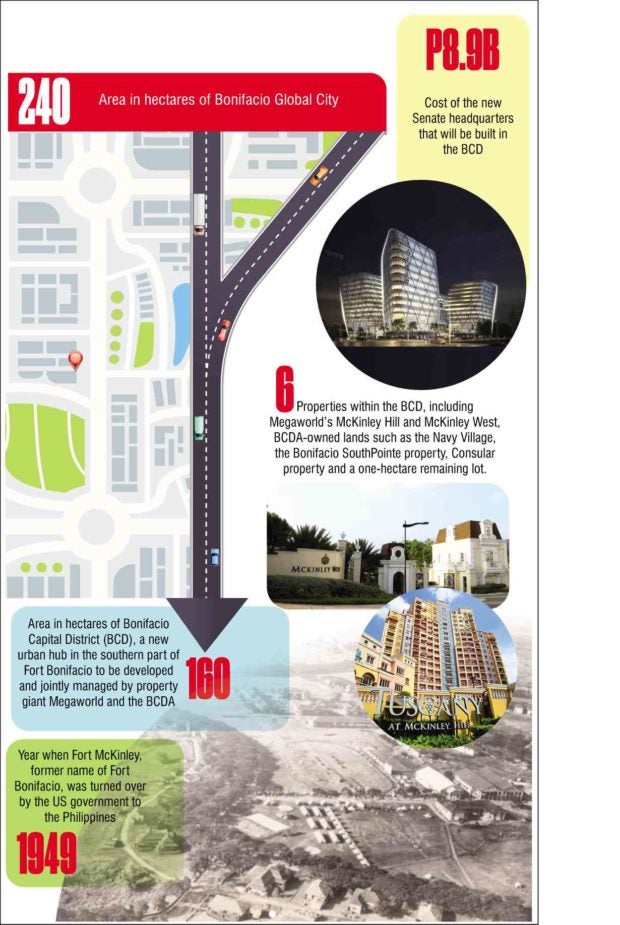 A distinct advantage offered by the BCD is accessibility, with Lawton Avenue as its main road. Direct access points allow one easy access to Bonifacio Global City via the Lawton-Fifth Avenue connection; the Makati central business district and Edsa via McKinley Road and Chino Roces Avenue Extension; South Luzon Expressway (SLEx) and Naia Expressway (NAIAx) via the southern portion of Lawton Avenue; and C5 Road via Bayani Road and Upper McKinley Road inside McKinley Hill.

The construction of new roads and other planned infrastructure projects will further benefit the BCD as these can help improve its connectivity to other areas in Metro Manila.

The BCDA will reportedly develop the Bonifacio South Main Boulevard, which is a six-lane road that will further improve traffic flow and accessibility in Lawton Avenue and serve as an alternate access from the Ninoy Aquino International Airport to BGC. Upon its expected completion by January 2022, the boulevard is estimated to accommodate about 4,500 vehicles per hour.

Another distinct feature of BCD is that at least 15 percent of the area will be allotted for green and open spaces and recreation, according to Megaworld.