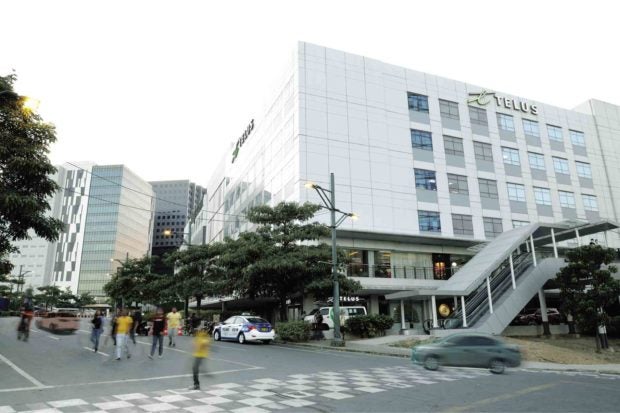 It was a few years ago, while on the way to the airport, that I got to look closely at what they call McKinley West in Taguig.

Roadworks along Lawton Ave. sent me along with the other drivers plying the same route to a detour inside this posh 34.5-hectare township by Megaworld. The trail was longer than the normal route, for sure, but it was a comfortable enough ride. The roads were wide, nicely paved, well lit and surprisingly, clean and unobstructed, considering that construction then was going full blast in practically every wide expanse you could see.

But that was a few years ago.

Today, McKinley West has started to take shape, sporting a unique character that radiates the vibrance and dynamism of a bustling business district with its rows of premium grade office buildings and pocket lifestyle hubs, while still exuding an understated elegance and exclusivity with the ultra high end residential projects positioned on the quieter side of this township. It is home to expat communities, multinational corporations, business process outsourcing companies, international schools, as well as embassies.

Over a hearty lunch at Kisoya, a traditional Japanese restaurant with Korean fusion, I was told that much has indeed changed since property giant Megaworld bagged in 2010 the contract to develop this former Jusmag compound—which is located right beside the ritzy Forbes Park and Manila Polo Club and just across the 50-ha McKinley Hill, the company’s largest township development in Metro Manila. And it seems that Megaworld has gone beyond bringing its distinct live-work-play lifestyle here. 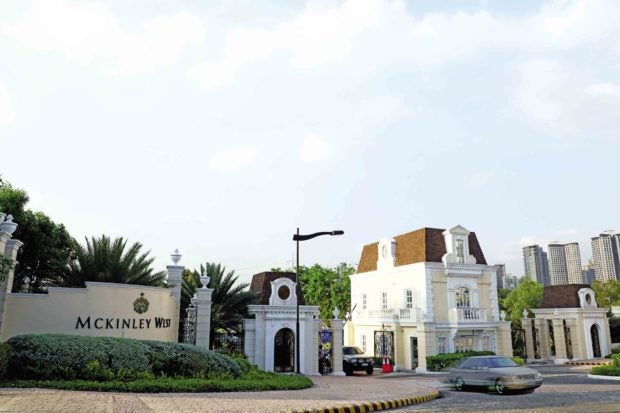 McKinley West currently has some seven office buildings housing multinational companies including Factset, Telus, Cimpress, Teleperformance, Bosch, among other companies that employ some 25,000 workers as of today

For one, it has the so-called “Billionaire’s Row,” a set of ultra-luxurious residential estates that are all conceptually designed by Broadway Malyan, the UK-based, multi-awarded architectural firm. Catering to Manila’s well-heeled market, these estates offer a home within the most ideal mixed-use community to the country’s most successful lot.

With their respective state-of-the-art security features and first-of-its-kind luxury amenities, the McKinley West Village offered lots with sizes ranging from 188 sqm to 600 sqm, while the St. Moritz Private Estate, The Albany Luxury Residences and Park McKinley West each had a limited number of units, owing to their goal of having a less dense and more exclusive community. Today, there are seven existing residential enclaves in varying stages of construction and completion, with prices averaging up to P317,000 per sqm, based on the remaining units.

Touring the Cluster One of St. Moritz, I saw that it had two lobbies and its own amenity deck, which would be separate from that of Cluster Two. Rising nine stories high, Cluster One offers only 98 units, including the eight spacious bi-level (or penthouse) units that were sold out.

On the amenity deck, I got a pretty good view of the ongoing works in the township, with the houses being built at the McKinley West Village in front of me, while construction of St. Moritz’s Cluster Two and The Albany—reportedly the most expensive residential enclave here—was in full swing. Behind me is Park McKinley West, where construction is also underway. 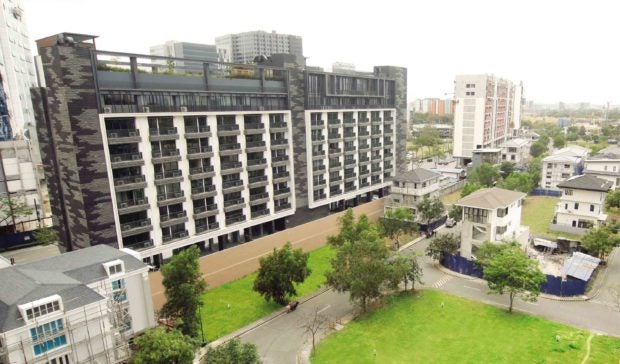 Complementing the posh, fast-paced lifestyle here are the pockets of lifestyle hubs and open spaces strategically scattered across the township, either stand alone, clustered, or located on the first two levels of the office buildings.

Eye catching is the McDonald’s McKinley West branch, said to be the first among the NXTGEN stores that the fast-food chain would have in the metro. Opened in 2018, the store’s yellow arches were said to be reminiscent of the first McDonald’s franchise store that opened in Illinois in 1955. Inside, one can find modern menu boards as well as high tech self-ordering kiosks. 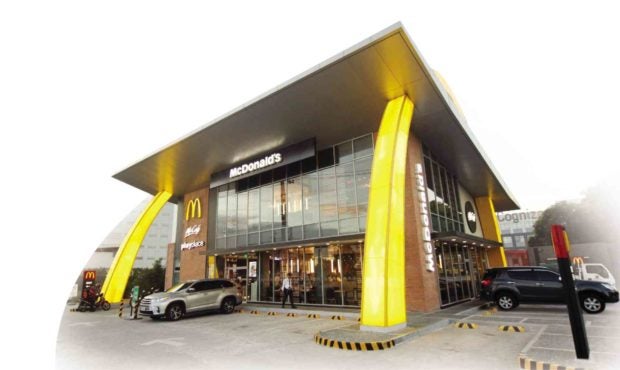 The design of McDonald’s McKinley West features massive yellow arches that were said to be reminiscent of the first McDonald’s franchise store that opened in Illinois in 1955.

The first AsiaTown in the metro also found a home in McKinley West. Designed to showcase the rich culture and flavors of Asia, AsiaTown features a diverse collection of restaurants—including Kisoya, where we had our lunch—that specialize in pan-Asian cuisine in an ambient park-like setting. These likewise include restaurants that had their first branch in the Philippines here.

Singapore’s famed Rong Hua Bak Kut Teh found its way to the Philippines through AsiaTown, along with Taiwan’s Black Sugar, one of the newest additions to Filipinos’ milktea selections.

The 700-sqm Chao Tian Men, touted as the largest Chinese Food Hall, houses China’s best cuisine from different regions. Other restos here are Madrone; Salu; Samgyeopmasarap; Banh Mi Kitchen; Malongo Atelier Barista; and Starbucks among others. A gym, spa and even a veterinary clinic can also be found within the vicinity.

AsiaTown, a refreshing space for your lunch breaks and after office bonding, is lodged between a number of premium grade office buildings located along Le Grande, now bustling with the tireless buzz of some 25,000 employees (as of today) coming in and out of the township.

There are a total of nine office developments in the township, offering a gross leasable area of 140,000 sqm as of today. Of the nine, eight offices are already operational including McKinley West Campus (comprised of six buildings), 10 West and One LeGrand. Some of the biggest names in their respective fields have already set up their offices here including Factset, Telus, Cimpress, Teleperformance and Bosch.

Locators here would surely find the township’s highly strategic location to be favorable—what, with the expansion of the Lawton Avenue which will give McKinley West direct access to McKinley Hill, Fort Bonifacio, South Luzon Expressway (SLEx), C5 Road, the Ninoy Aquino International Airport and the Makati central business district. Add to that the existing transport hub, which is a common feature among Megaworld townships, and the proposed infrastructure projects, including the P356.96-billion Metro Manila Subway, from which McKinley West and McKinley Hill would benefit. 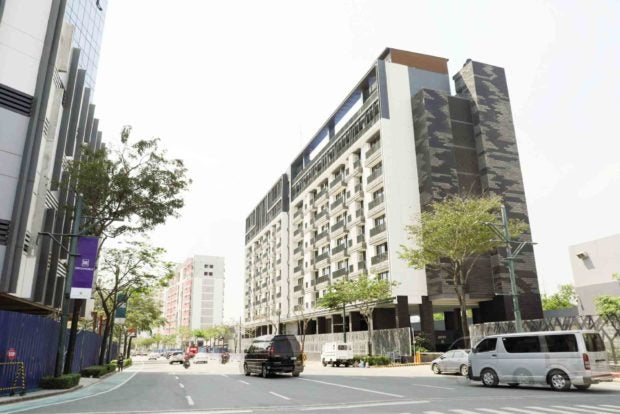 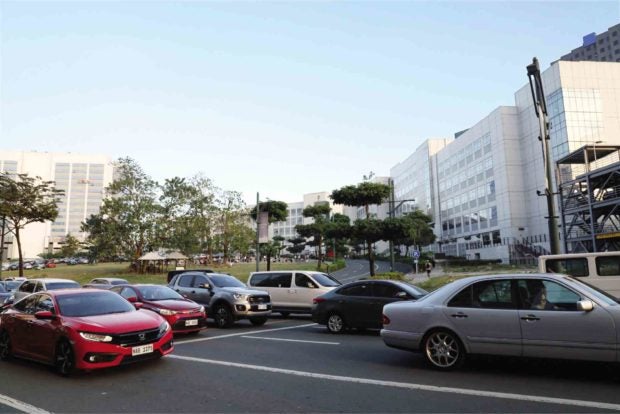 To further ease accessibility, Megaworld is reportedly mulling to put up an underground walkway that would connect its two townships: McKinley West and McKinley Hill.

Whether you’re a resident, an office worker or a guest, you’d surely enjoy the iconic live-work-play-learn-shop lifestyle concept that McKinley West affords. For sure, you’d find so many reasons to admire this township, drawing you to live exceptionally in an opulent community as McKinley West.