Leah Clara Maquiraya Yabis used to believe she had everything figured out.

After obtaining her BS Pharmacy degree from the University of Santo Tomas and passing her Pharmacy Licensure Examination, she worked for six months as a pharmacist at St. Paul Hospital in Tuguegarao City. She then worked part-time as an instructor for St. Paul University Philippines while taking up her Master in Public Health from Cagayan State University. She quickly rose from the ranks and became a program coordinator for the SPUP College of Pharmacy.

When she had amassed all this experience in the academe, she went to the United States, spending a year working on obtaining her Foreign Pharmacy Graduate Equivalency Certificate so that she could work there as a pharmacist. And then she returned to the Philippines to process her US work visa.

It was while waiting for her visa that she worked with Engr. Ben C. Monteiro and helped him open three of his first Generika Drugstores.

Just before returning to the US, Leah re-evaluated her plans, pondering her future. And then she surprised even herself when she decided to take a different route.

“I was all set on working in the US, but being exposed to Generika changed my view,” Leah says. “When I was helping Sir Ben set up his own Generika Drugstores, I saw that pharmacy was not just another job or a way of earning money. With it, I could really make a difference and help other people.”

Leah used her and her husband’s savings, money they received as wedding gifts, money from a property in Tuguegarao which she had sold, and a friendly loan from Engr. Monteiro – who not only became her mentor but her godfather in marriage. With the encouragement from her parents and siblings, she opened her first Generika franchise in Talipapa, Novaliches in April 2012.

But funding, she learned, was not her greatest challenge. Leah knew that educational attainment and professional experience did not guarantee entrepreneurial success. She was thankful for the system and support that Generika offered its franchisees: There was a central commissary, the movement of products was easy to monitor, there is a retail expert point of sale system ready to assist her when she needed help, and control systems were in place.

Leah is one of the 277,000 small and medium enterprises (SMEs) in the Ayala network. 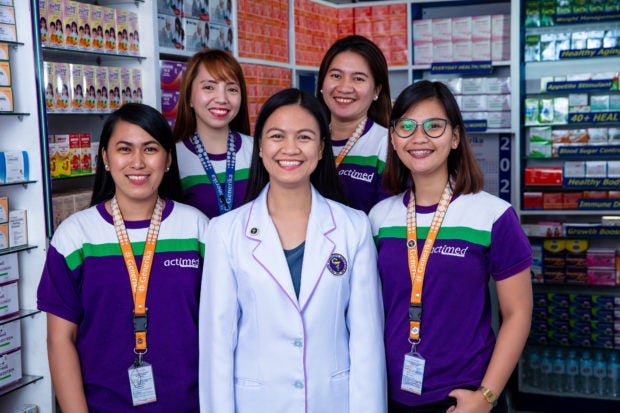 In the Philippines, micro small and medium enterprises (MSMEs) account for some 99.5% of the total number of Philippine businesses today and contribute about 35% of the country’s total gross domestic product. MSMEs employ 63% of working Filipinos.
All this economic activity aims to include as many players as possible.

“Our role is to help achieve a shared prosperity. Ayala has always believed that true success is inclusive and benefits many businesses beyond our own companies within the group,” says Jaime Augusto Zobel de Ayala, Ayala Chairman and CEO.

“We believe that success must ripple throughout entire ecosystems, to eventually create and help accelerate the growth of other entities like self-employed micro-entrepreneurs.”

In four years, Leah has opened five stores – Talipapa, North Fairview, Krus na Ligas, Bagbag and Pulilan – and has reached out to more people in these communities. Most of Generika’s customers come from low-income families, and Leah takes comfort in the fact that her Generika stores provide free healthcare services such as consultations, blood pressure and wellness advise, including blood sugar monitoring and body fat analysis services for an affordable fee.

“Beyond the revenue, it’s being able to serve the community,” Leah says. “It’s not really about chasing the money, but being of service to those who need you.”

These days, Leah likes telling people about Generika and even encouraging others to open their own stores. She is thankful that she found a stable corporate partner in Ayala who shares her goals of helping others while also improving her capability as an entrepreneur.

“Everything is about collaboration,” she says. “Nothing comes easy, you need to work hard, create an enabled team because you can’t do it alone, work on the relationship and be worthy of the partnership.” 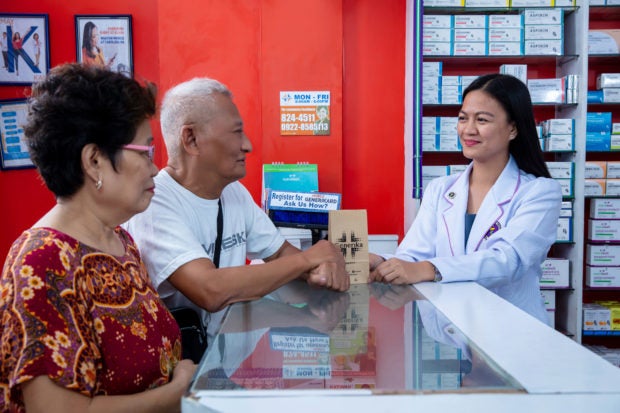 Where she is now may not be where she had envisioned herself to be ten years ago. Indeed, there have been many surprises along the way. Deep in her heart, however, Leah knows she made the right decision in staying in the Philippines. Now she is building a life here with her husband and two children.

Partnership with Ayala has changed her, and Leah makes sure she pays it forward by being, herself, an agent of change.

Pimentel should be summoned by NBI instead of Vico