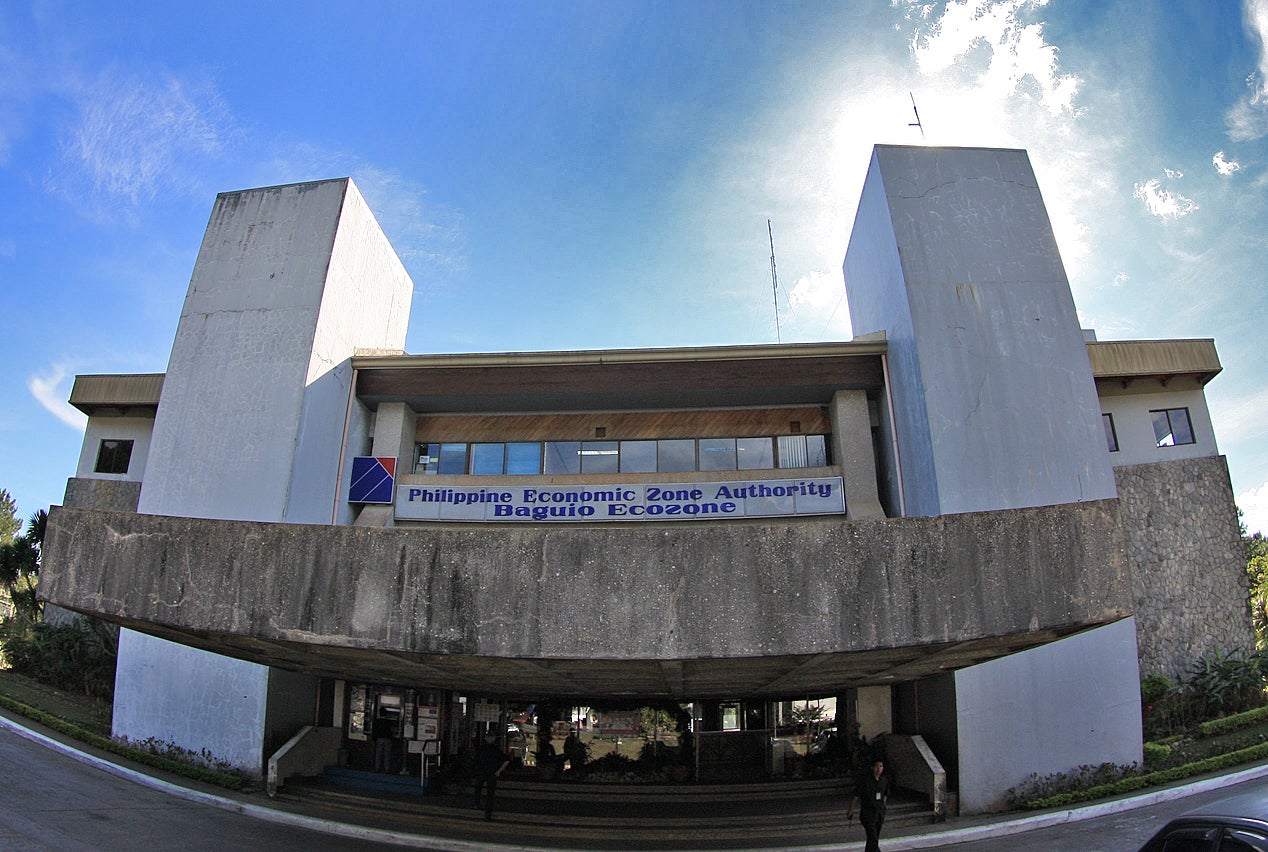 BAGUIO CITY, Benguet—The 41-year-old economic zone here, one of the country’s oldest manufacturing hubs, is expanding to five towns in Benguet province to steer investments from this city to its neighbors.

Charito B. Plaza, director general of the Philippine Economic Zone Authority (Peza), on Friday signed a memorandum of agreement with the mayors of BLISTT to identify and use property suited for heavy manufacturing.

BLISTT stands for Baguio and the towns of La Trinidad, Itogon, Sablan, Tuba and Tublay, which are engaged in a social and economic collaboration.

It was conceived as the components of a metropolitan Baguio as it was being rebuilt after the 1990 Luzon earthquake. But in 2013, the local governments in these areas were organized into a mutual assistance platform to address common problems like traffic congestion, water and waste management.

Baguio Mayor Benjamin Magalong, who chairs the BLISTT council, was joined at the signing ceremony by Itogon Mayor Victorio Palangdan and Sablan Mayor Manuel Munar Jr., whose government is evaluating an offer to convert a 10-hectare land into its first special economic zone.

BLISTT has sufficient land to host investors which Baguio could no longer accommodate, said Magalong, who initiated programs aimed at redeveloping this city.

But many of these projects have been hampered by the scarcity of public land.

“So to help Baguio, we need to help the growth and sustain [the economies] of our neighbors,” Magalong said.

The city received P225 million in 2017, P201 million in 2018 and P188 million in 2019 from ecozone revenue shares, reducing Baguio’s reliance on its internal revenue allotment (Ira), Plaza said. The Ira represents a local government’s share from taxes collected by the national government.

Texas Instruments Philippines Inc. (Tipi), one of the country’s biggest exporters of semiconductor products, was the first client of the Baguio export processing zone in 1979.

Tipi continues to land in the country’s list of top exporters, said Plaza, who has campaigned for the creation of an ecozone in every town to alleviate poverty.

She said BLISTT could also help pilot the creation of “smart townships” around or within new ecozones.

Acknowledging that the country has the highest electricity rate in Asia, she said the Peza would allow ecozone developers to build their own power plants or develop their own water supply to serve not just the manufacturing hub but a community that would house employees.

“Many businessmen would prefer to live inside an ecozone for security reasons,” she said.

To date, the Cordillera Administrative Region, where Baguio is located, the National Capital Region and Calabarzon (composed of Cavite, Laguna, Batangas, Rizal and Quezon provinces) are the only industrial regions because of their ecozones, said Milagros Rimando, Cordillera director of the National Economic and Development Authority.

Now on its 25th year, the Peza started with 33 former export processing zones but had grown to 404 ecozones, Plaza said. To attract new investors and to exploit idle lands, the Peza has devised “out-of-the-box” ecozone categories that could be useful for BLISTT.

For example, the agency is designing zones to accommodate mineral lands, which could be adapted by Itogon, home to the country’s oldest mines.

The Peza has also tapped ancestral lands, Plaza said. Clans granted ancestral domain titles in Mindanao have been willing to host ecozones, a formula Plaza intends to use in dealing with Ibaloy families occupying portions of the Baguio Economic Zone at Barangay Loakan here.

Plaza said the Baguio ecozone has developed only 39 of the 53-ha land assigned to the manufacturing sector.