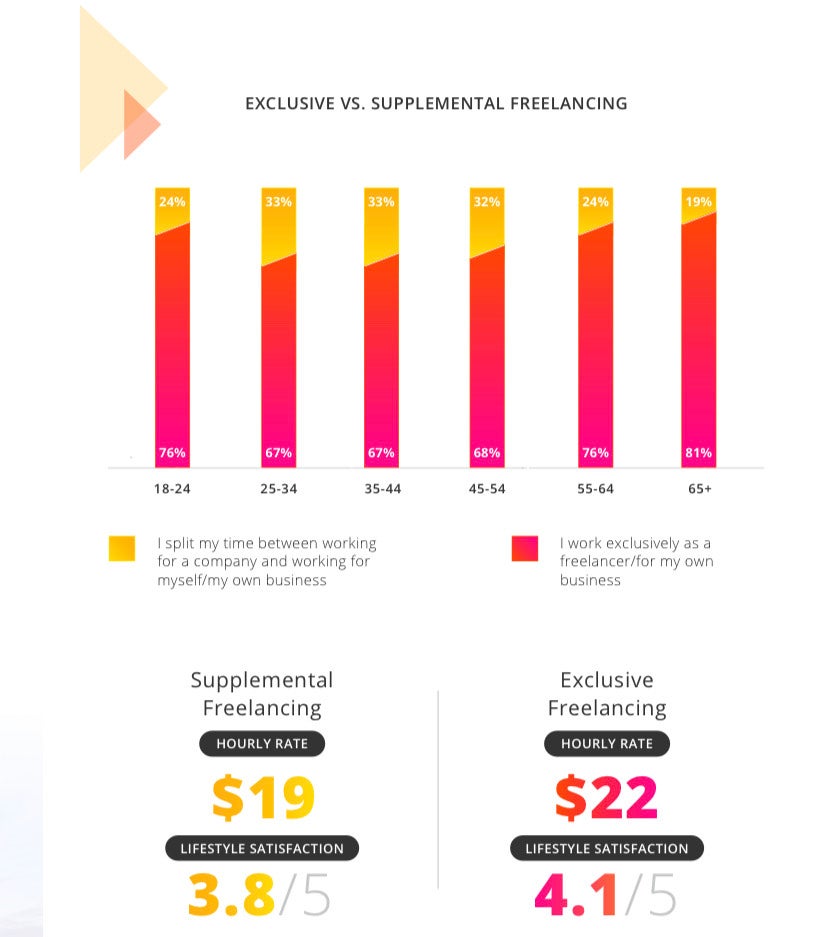 While there are fewer women in Asia Pacific working as freelancers, a recent report reveals that the gender pay gap in the region is also the lowest worldwide, which begs the question: Could freelancing be the great gender pay gap equalizer?

That’s according to cross-border payment platform Payoneer’s “Freelancer Income Report,” which contains results of a survey of over 7,000 freelancers from 150 countries, including the Philippines. The survey was conducted “to better understand the trends impacting [the global freelancer] movement.” Respondents comprise a random sample of Pa­yoneer’s users.

Across all fields, the report states that the mean hourly rate of female freelancers is 84 percent of their male counterparts’—higher than the recor­ded global average of 64 percent by the World Economic Forum. When it comes to job categories, more women are involved in tasks related to translation (50 percent), administrative work (46 percent), content writing (43 percent), customer support (43 percent) and project management (36 percent).

It is interesting to note that, according to the report, the Philippines is one country which has a higher than average share of female freelancers at 62 percent, higher than that of the United States (47 percent), Serbia (34 percent), Argentina (30 percent) and Ukraine (30 percent).

Globally, however, only 24 percent of the freelancer workforce are made up of women, indicating that there are still plenty of gig opportunities for this group to explore. 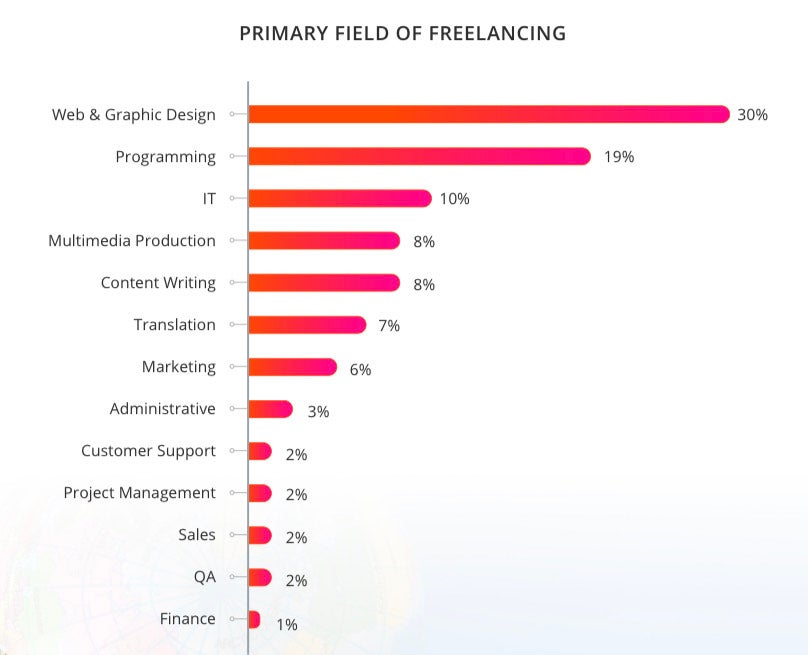 Unsurprisingly, the study reveals that most of freelancers worldwide are under the age of 35 (70 percent), with majority coming from Asia (82 percent). However, experience is key to earning more; according to the report, more experienced freelancers age 55 and above are able to earn more than twice as much as their 18- to 24-year-old counterparts.

Earning more doesn’t ne­cessarily equate to being happy, though. The survey reveals that those freelancing in multimedia production, one of the highest-earning fields, have the lowest level satisfaction. Those in administrative roles, how­ever, reported the highest level of satisfaction, despite having the lowest average hourly rate.

To get the most out of freelancing, however, it seems one must go into it full time. The 69 percent who have gone “all-in” and are dedicated freelance workers earn an average hourly rate of $22, while those who split their time between their side hustle and regular job earn less at $19.

So, to freelance, or not to freelance? Whatever your answer—and despite the current issues—the important thing, according to Payoneer, is to be aware of what the market needs.

“Successful freelancers will be the ones who stay attuned to shifting needs, adjust their skills to match new and emer­ging requirements, and find innovative ways to promote their services and demonstrate va­lue to their clients,” the report reads.