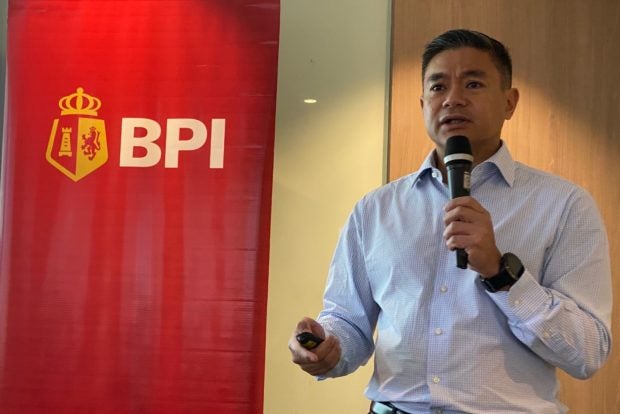 At this time of global coronavirus scare, heightened financial market volatility and low interest rates, the introduction of real estate investment trusts (REITs) in the Philippines brings in a new asset class suitable for “defensive” investing, an investment expert at Bank of the Philippine Islands (BPI) said.

Reginald Cariaso, BPI head of corporate banking strategy, products, andsSolutions, said in a briefing on Wednesday that the defensive characteristics of REITs would bode well for Filipino investors.

“I believe REITs have a place here in the Philippines for investors to get high total returns especially in periods of high volatility,” Cariaso said.

REIT is a corporation that primarily invests in income-generating real estate such as office spaces, malls, service apartments, and even hotels, hospitals, warehouses, and the like. It gives investors an opportunity to invest directly in the finished projects rather than the developer itself.

The main proposition for REITs is that such prospective corporations are required to distribute at least 90 percent of its distributable income as dividends annually in order to avail of certain tax benefits, as dividends distributed effectively become a tax-shield for corporate income tax. High dividends from REITs plus the potential for moderate to long-term growth are seen to make REITs an attractive investment option with potentially high total returns.

Furthermore, the listing of REITs on the Philippine Stock Exchange will make it accessible and liquid for small or retail investors to get exposure to real assets in relatively affordable ticket sizes.

Elsewhere in the region, Cariaso noted that REITs in neighboring countries like Thailand and Malaysia were faring much better than the overall market.

“REITs are a fairly conservative asset class compared to equity,” Cariaso said, noting that this was now an asset class that the Insurance Commission now allows insurers to invest in at a relatively lower risk-based charge of 25 percent compared to the typical risk charge of 45 percent for other riskier asset classes.

In Thailand and Malaysia, he noted that most of the top 10 REIT investors were typically local insurance companies.

“There’s a lot of potential. Interesting proxies for this potential in the Philippine REIT market are Malaysia and Thailand, which have been growing their REIT markets for the past five to seven years. These two countries have about $7 billion and $11 billion, respectively, of market capitalizations of REITs, which I think the Philippines is also capable of achieving,” Cariaso said.

He explained that the Philippines, just like Malaysia and Thailand, were emerging market economies that started their REIT markets later than Hongkong and Singapore.

Malaysia and Thailand had a head start on REITs and generally enjoyed bigger and deeper investor markets compared to the Philippines. Nevertheless, Cariaso said the Philippines had its advantages.

“We have a larger population and our GDP (gross domestic product) is growing faster than Malaysia and Thailand. BPO (business process outsourcing) and shared services are bigger in the Philippines and our domestic consumption is strong.
There is significant potential for office, retail, and commercial growth, as well as industrial, logistics, and infrastructure, if we execute successfully,” he said.

Recently, Ayala Land Inc. filed an application with the SEC to raise up to P15.1 billion in capital for what may soon be the country’s first REIT. The new company will be called AREIT Inc. The first REIT offering, however, is coming at a time when there is an exodus of funds from the stock market, which is now trading in bear territory.

For REIT offerings of around $200 to $300 million, Cariaso said these could be mostly absorbed by the local market. But if there would be issuances worth around $1 billion in the future, he said these would likely require greater foreign investor participation.