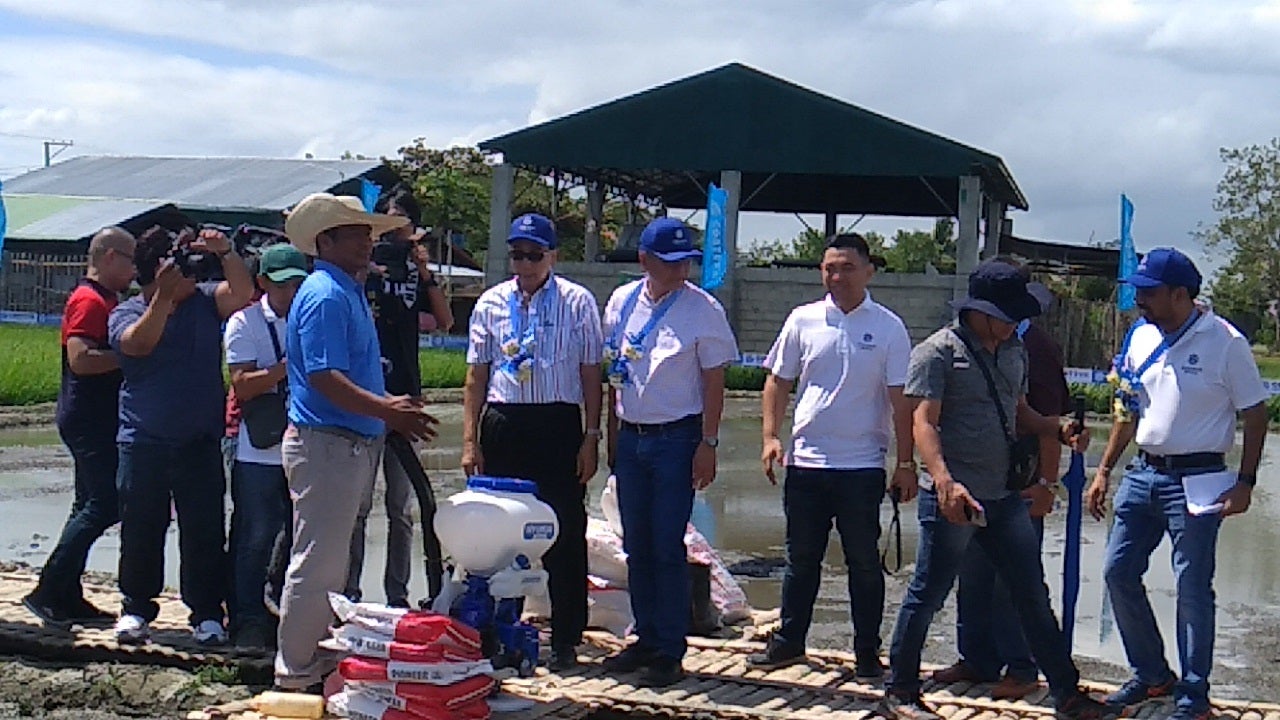 Dar led the the inauguration of a Rice and Corn Education Farm (EduFarm) at the village of Homestead II here, which is among 80 EduFarms in the country.

According to Dar, the warehouses will be equipped with dryers and will be put up in eight areas in the province, including this town.

Dar said the fund for the warehouses will come from the department’s budget outside the Rice Competitiveness Enhancement Fund, which gets shares from tariffs paid for rice imports.

Each facility costs P5 million and funding will be released in the next three months, Dar said

Dar was joined by officers of Corteva Agriscience, a hybrid rice and corn producer, when he visited the demo Edufarm, which included growing lots and training shed that provide “close up experience of the project.”

Read Next
‘Build, Build, Build’ to get record-high $3B in loans from ADB
EDITORS' PICK
Robredo spox thanks Duterte for defending VP’s efforts vs COVID-19
Diokno to Duterte: OK to make fun of buck tooth, but focus on people’s needs first
10 Filipinos positive for COVID-19 in UK, 7 in Ireland — envoy
Nograles: Cabinet members to donate 75% of monthly salary to aid COVID-19 fight
IATF to LGUs: Issue ordinances vs attacks on frontliners, COVID-19 patients
Quick chat with Nicole Andersson: ‘You really don’t need much to be happy’
MOST READ
Coronavirus hotbed Rizal to shut borders on April 6
Sotto on Isko Moreno’s call: We do our job without the media following our every move
Gov’t mulling quarantine period extension of 15-20 more days
ADB warns PH against prolonged lockdown
Don't miss out on the latest news and information.