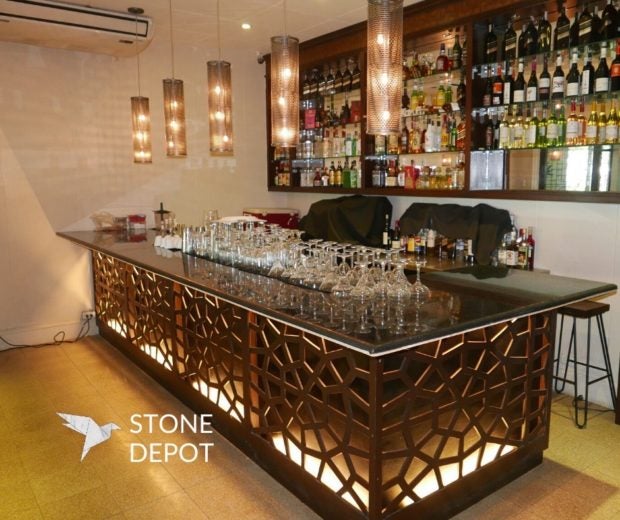 Stone Depot, based in Cebu, is taking advantage of the infra boom by supplying marble, granite and engineered quartz. —CONTRIBUTED PHOTO

Metro Manila, with its dense population, would always seem the perfect testing ground for a first-time entrepreneur—especially if he has zero clients to begin with.

But Miguel Aquino Jr., five years ago, decided to take the road less traveled. He grew up in Rizal and went for college in Manila, yet he set out for a completely new destination to build his business: 800-kilometer far Cebu City.

Aquino says he chose Cebu because that was where he saw huge potential for his enterprise Stone Depot, supplier of marble, granite and engineered quartz.

“[Cebu’s] real estate and construction industries were growing, and there weren’t too many competitors back then,” says the 33-year-old Aquino. “Also, neighboring cities such as Tagbilaran City, Cagayan de Oro City and Tacloban City, all get their construction materials from Cebu.”

Aquino’s decision to skip Metro Manila altogether was also because of market-related issues—he felt the country’s capital was already too saturated. In Cebu, Aquino only had to contend with two major suppliers back then—companies which he says priced their products much higher than even the Metro Manila-based ones. 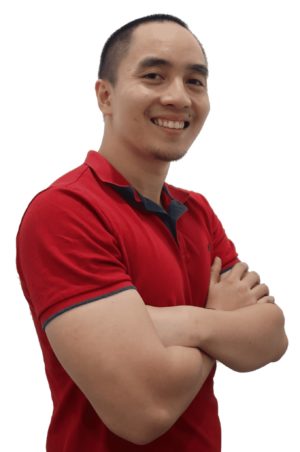 Miguel Aquino Jr. is the founder of Stone Depot

“I saw the huge, untapped potential of the Visayas-Mindanao region, especially now with our growing economy. With the construction boom in Cebu, there was a great demand for natural stone; supply, however, was limited,” he says. “Taking these factors into consideration, I knew that Stone Depot could take a slice of the market if I jumped in at the right time—and there was no better timing than that moment.”

He knew it was a risk. Aquino had traveled to Cebu alone, with limited capital. His first order of business: To put up a slab yard.

“The first year was the toughest. I didn’t know anyone in Cebu. I didn’t have the money to book a hotel or even rent bed space. I remember sleeping in the construction bunkhouse for the first few weeks,” recalls Aquino. “And even after the slab yard was completed, I slept in the office for two years to make ends meet.”

A rundown of Aquino’s professional experience reveals his entrepreneurial influence: His mother. As a child, his mother would always bring him to work at a company that supplies Romblon marble.

When Aquino’s mother set up her own stone supply business in Balintawak later, he would help her come up with marketing materials.

After graduating with a degree in organizational communication at the University of the Philippines Manila, Aquino joined an insurance company. Yet his heart was, in a sense, already set in stone. He knew he belonged to the industry that built him.

“I decided to quit my job in an international company, and helped my mom with her small business. I worked for her for five years until I decided to leave the nest and start my own journey,” he says.

With three branches now up and running in the cities of Cebu, Davao, Cagayan de Oro, and one opening in Iloilo by March, it can be said that the risk Aquino took five years ago has paid off.

Stone Depot now offers natural stones sourced from India, Italy and Greece. These materials are used by their clients for various applications, such as kitchen countertops, vanity tops, table tops, floor tiles and wall cladding. Most of their projects are residential, but they also work on hotels, condominiums, townhouses, government buildings and even power plants.

Their strength, Aquino says, is the company’s size. “Compared to most of our competitors, we’re only a small company. It allows us to think, act and decide fast in every transaction,” he says.

“Furthermore, it’s great to work with young people because of their energy and willingness to learn,” Aquino adds. One of his first employees, who helped him get past the language barrier, is still with the company, and is now managing their Cebu branch while Aquino focuses on their Davao office.

“I am thankful that our team is comprised of young, driven and talented indivi­duals. They are the secret sauce to our success,” he says. 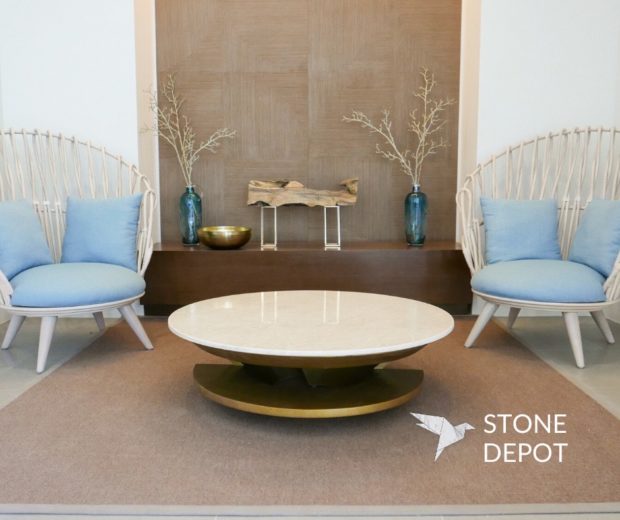 The business now also supplies to Davao, Cagayan de Oro. Next up is Iloilo. 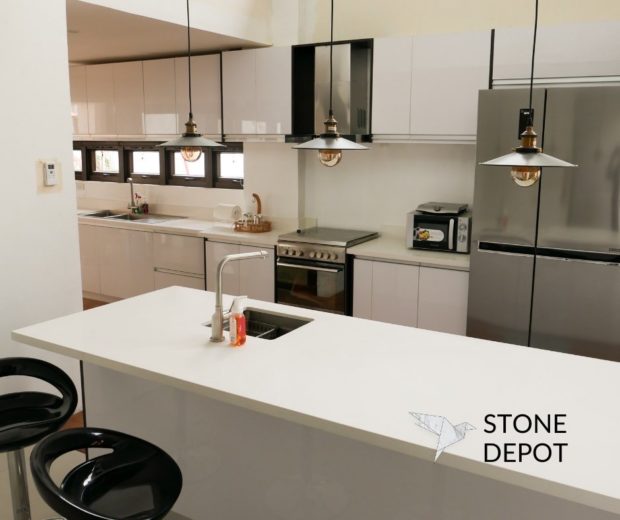 Stone Depot, albeit a small kingdom, now has over 50 employees. The company will soon be offering cabinetry services, so as to become a “one-stop shop” for their clients’ kitchen remodeling needs.

Aquino has also settled into life in Mindanao, together with his wife Sherry and son Migo.

But as Stone Depot continues to grow, Aquino’s journey, it seems, is still facing the direction of home.

“In our fifth year, we want to expand our market reach to Luzon—hopefully,” he says.

Read Next
Before going on a fast, indulge on Pancake Day
EDITORS' PICK
Over 2M downloads on Google Play, App Store in 4 months for PalawanPay app
COVID-19 wave may reach ‘ber’ months
House energy committee chair Arroyo bats for cheap electricity
TNT brings Sarah G and Mimiyuuuh together for epic collab
Taal still showing signs of unrest
Hard times force even seniors to look for jobs
MOST READ
Hard times force even seniors to look for jobs
Tagle one of cardinals eyed to become next pope, says report
Kulturkampf: ‘Katips’ vs ‘Maid in Malacañang’
Pop music and ‘Grease’ star Olivia Newton-John dead at age 73
Don't miss out on the latest news and information.