Grab expands from just food to kitchen, too | Inquirer Business

Grab expands from just food to kitchen, too 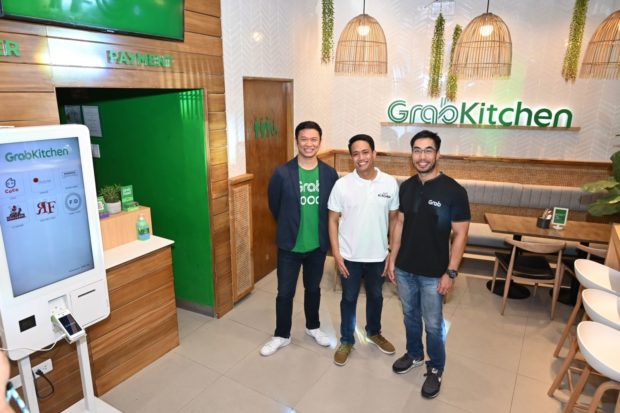 There are problems you keep to yourself, and problems that you can brag about. The company behind the popular bubble tea drink CoCo grappled with the latter when it partnered with Grab Philippines back in 2018.

Back then, only 10 of the 30 CoCo outlets were chosen to participate in Grab’s food delivery service aptly called GrabFood. With a few taps on your phone, you could order a bubble tea, a drink more commonly known in the Philippines as milk tea.

Then came the problem.

As if the milk tea craze were not enough, the demand spiked so fast that Grab saw an order for CoCo Bubble Tea every four minutes. CoCo just had too many orders.

“That was insane,” recalled Larry Evans Tan, general manager of CoCo Fresh Tea and Juice Philippines, who had an interview with reporters on the sidelines of a Grab launch last week.

It was the success of merchants like CoCo that eventually convinced the ride hailing giant—whose reputation in food delivery contrasts to the mixed reactions over its ride hailing service—to take the next logical step.

Grab’s food delivery business has significantly grown since it was launched in 2018, according to GrabFood country head EJ dela Vega, with around 12,000 merchant outlets under its wing.

But GrabFood can only do so much. It can only deliver to customers who live within a certain distance from a physical merchant, much so that a store in Mandaluyong can’t deliver food to a customer in Makati, for example.

And so the next step for Grab is to find a way that will not only help merchants sell to a wider market via delivery, but will also remove the need for a business to build an actual store in the first place.

Here comes GrabKitchen, a food court of sorts wherein partner-merchants can have their own private kitchens without ever having to pay rent, as long as Grab gets a certain share from their revenues.

The first GrabKitchen was launched at Glorietta Mall in Makati City last week. It partnered with six merchants, five of which do not have any commercial footprint in Makati.

CoCo was one of the partner merchants. It was the only one that also had an outlet in Makati. In fact, it was also located in Glorietta, which only speaks volumes about the demand for milk tea in the area.

The other five merchants are Omakase, Mister Kabab, 24 Chicken, Recovery Food, Frank and Dean. Customers can either have the food and drinks delivered via GrabKitchen, or eat in the actual store since it has a few tables inside.

GrabKitchen, however, is not out to replace GrabFood. The latter, which Dela Vega said gets millions of orders in a month, will keep on. There will be three new GrabKitchens in other locations in six months, each would be able to accommodate a few partner merchants.

“Without GrabFood, there is no GrabKitchen,” he said in a phone interview last Friday.

“We view it more as a service to our partners. We created GrabKitchen for partners who want to expand but maybe could not invest in the same level as other [bigger companies],” he said.

The new service marks Grab’s move to make its pre­sence felt even more in the lives of the public, in ways some consumers probably would not have imagined before from a ride-hailing business.

Now, a rider can order food using Grab, get a document delivered, and even pay using a mobile wallet.

In 2018, it called its app an “everyday super app”—a phrase that might ring like a buzz word for some, but a phrase that nevertheless becomes more true over time as the company surprises you with where else it could still go from here.