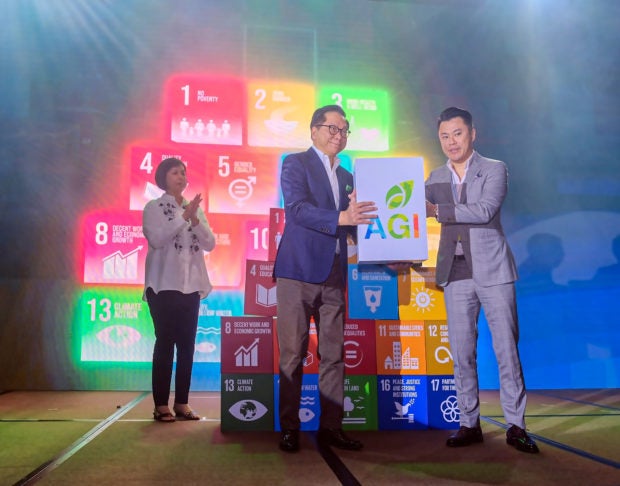 Giving greater attention to the needs of the planet and the people aside from profit goals, tycoon Andrew Tan-led conglomerate Alliance Global Group Inc. (AGI) has committed to be “carbon-neutral” and to create five million jobs by 2030.

In a press statement, AGI said this declaration was part of its contribution to the United Nations Sustainable Development Goals (SDGs).

“We must start to become more conscious and responsible for the long-term social, economic and environmental impact of our businesses. As a responsible corporate citizen, our decisions should no longer just be driven by what is good and profitable, but by what is right,” AGI chief executive Kevin Tan said during a “SustainAGIlity” summit attended by the various heads and key officers of the AGI companies.

AGI currently employs over 80,000 people in its various businesses across the country. It intends to create at least five million direct and indirect jobs by 2030.

The Megaworld group, for its part, committed to create more sustainable townships and communities that utilize renewable energy and promote “plastic neutrality.” The group also committed to create around three million direct and indirect jobs in its various developments across the country within 10 years.

Liquor-making arm Empera­dor, on the other hand, vowed to continue utilizing technologies that save water and reduce emission. Other initiatives include the use of renewable energy, particularly biomass and solar, for its vineyards and distilleries in Spain, Mexico and the Philippines alongside the use of water conservation methods for irrigation of vineyards in Spain and Mexico.

Emperador’s global businesses employ both white-collar and blue-collar workers in the Philippines, Europe and South America.

For its part, Travellers International is embracing renewable energy, such as solar, and is hiring more people in its casino and hotel operations.

Golden Arches has over 65,000 directly-hired emplo­yees all over the Philippines, with an average of 80-100 additional workers employed for every newly opened restaurant. This unit has been creating job opportunities for students and out-of-school youth under its special employment program.

The fast-food arm also advocates the use of reusable cutlery and the minimized use of plastics with the introduction of paper bags, straws and lids. The group has also started rolling out reusable packaging along with solar rooftops, ecobricks and reinforced waste segregation system. INQ