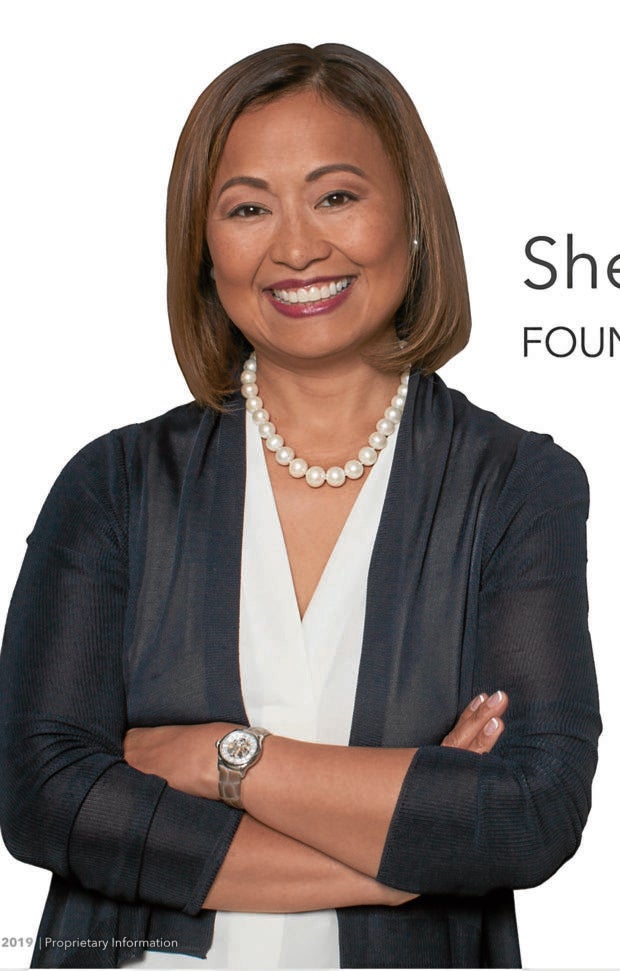 MOVING ON AFTER MAKING HISTORY Drawing from her experience with “consumer pain” as a young wife and mother in the United States, Sheila Lirio Marcelo founded in 2006 the tech company Care.com. and turned it into the world’s largest online marketplace for babysitters, caregivers, housekeepers, tutors, even pet care and other special care providers. Care.com was recently bought by a New York-based holding firm, which has interests in media and internet businesses that include matchmaking site Tinder. —PHOTOS FROM CARE.COM

MANILA, Philippines — Six years ago, Sheila Lirio Marcelo made history as the first female Filipino-American to lead a company to a successful US stock market debut. She did it in an era when only 3 percent of companies going public on Wall Street had a female CEO (chief executive officer).

Drawing from her experience with “consumer pain” as a young wife and mother in the United States, Marcelo foun­ded in 2006 the tech company Care.com. It is now the world’s largest online marketplace for babysitters, caregivers, housekeepers, tutors, even pet care and other special care providers.

Recently, Care.com was bought by a unit of IAC — a New York-based holding firm with interests in media and internet businesses such as Vimeo, Dotdash and matchmaking site Tinder — in an equity deal worth $500 million of enterprise value.

Said Marcelo in a note to friends and colleagues: “I passed the baton to IAC and Tim Allen, who will embark on a new voyage for Care.com with new eyes and with a shared passion for our mission to help families and caregivers. I will watch with great pride and gratitude in my heart to all of you who have joined us on this journey.”

IAC completed a tender offer to other shareholders of Care.com, which is listed on the New York Stock Exchange (NYSE) under the ticker CRCM. With the buyout, the company has reverted to private hands and will soon be delisted from the NYSE.

“Care.com has the potential to transform how families connect with all aspects of care while also empowering caregivers with new ways to grow income,” said Allen, who succeeded Marcelo as CEO. “Our immediate priority is to drive accelerating growth for Care.com as a safe, accessible and reliable platform for families and high-quality caregivers. We’re excited to begin this next chapter.”

With an aging population in need of care and the gro­wing number of digitally native fa­milies with two working pa­rents, Care.com addresses an estimated $300-billion market for family care in the United States.

Under Marcelo’s leadership, Care.com grew through a series of mergers and acquisitions as well as big-ticket funding deals. It has expanded its footprint to 20 countries.

It has signed up 18.3 million families and 13.4 million caregivers, and made more than 1.5 million successful matches since its inception. There were 374,000 paying families as of the third quarter of 2019.

In 2014, Care.com raised $104.6 million from its initial public offering at the NYSE. In 2016, it received a $46.4-million investment from a growth-equity fund affiliated with Google’s parent firm Alphabet Inc., and used these funds to buy back company shares.

But the tech company with annual revenues of some $200 million has also seen its share of challenges. A Wall Street Journal report in 2019 questioned the vetting process for its caregivers, prompting it to rethink its onboarding process to include in-depth background checks for family care providers.

Marcelo is among the Fil-Am “technopreneurs” flourishing in the same tech space that brought much success to engineer, inventor and philanthropist Dado Banatao aka the “Bill Gates of the Philippines,” Banatao has put up a number of tech companies, including one that he sold for $1 billion.

In 2009, Marcelo was named one of Fortune’s Top 10 Women Entrepreneurs and was ho­nored in 2011 by the World Economic Forum as a Young Global Lea­der. Harvard University, where she obtained her dual Juris Doctor-MBA degree, gave her the Harvard Business School Alumni Achievement Award in 2014—the youngest to receive this prestigious citation.

The fifth among six siblings, Marcelo was born in Makati City in 1970 to entrepreneurs with roots in Candelaria, Quezon, and Tanauan, Batangas.

In an interview with the Inquirer in 2016, Marcelo said her parents got married as teenagers. Unable to complete their formal education, they engaged in business to support themselves and their growing brood, and dabbled in trucking, rice milling and sugar trading.

At 7 years old, Marcelo was tagging along with her parents in their dealings, and developed an early affinity with workers.

In the 1970s, the family migrated to the United States. But after three years, their parents sent the children back to the Philippines to “make sure that we remember the language and the values,” Marcelo said.

She herself was sent to live in Candelaria for a year, beco­ming fluent in Filipino and even learning how to scrub the classroom floor to a shine using the “bunot” (dried coconut husk).

At 11, Marcelo was enrolled in Brent School in Baguio City, where she finished high school. She returned to the United States to study economics at Mount Holyoke College.

Marcelo got pregnant with her first child at 20, when she was still an undergrad, and had to rely on day care.

When her second son was born, her parents came to help tend the children. And then her father suffered a heart attack. This difficult period inspired the inception of an online marketplace for family care providers.

“I like to help solve problems that revolve around the consumer pain,” Marcelo said.

Before launching Care.com in 2006, Marcelo was a teaching fellow at Harvard Business School. In 2000, she joined Upromise, a startup that helps families save money for college. After a year she worked at TheLadders.com, an online job service platform.

In 2006, she joined venture capital firm Matrix Partners as entrepreneur-in-residence. Matrix sponsored and mentored her in developing the business plan for Care.com. In the first year, Care.com raised $7 million in seed capital, with Matrix as the first investor.

Women empowermentMarcelo is a frequent resource person on technology and entrepreneurship in big forums. She spoke alongside then US President Barack Obama at the White House Summit on Working Families.

She is an advocate of wo­men empowerment. In 2010, she founded WomenUp.org to boost women’s roles in the global eco­nomy by providing leadership training, mentorship and support.

As a woman of Asian origin, Marcelo has experienced discrimination.

When she took Care.com public in 2014 and was doing a nondeal roadshow, she entered a roomful of investors, went straight to the coffee corner and politely offered everyone coffee.

“They met my CFO (chief financial officer), a man, my CTO (chief technology officer), a man. They said, ‘You must be the assistant.’ And I said: ‘No, I’m the founder-chairwoman,’” she recalled, smiling.