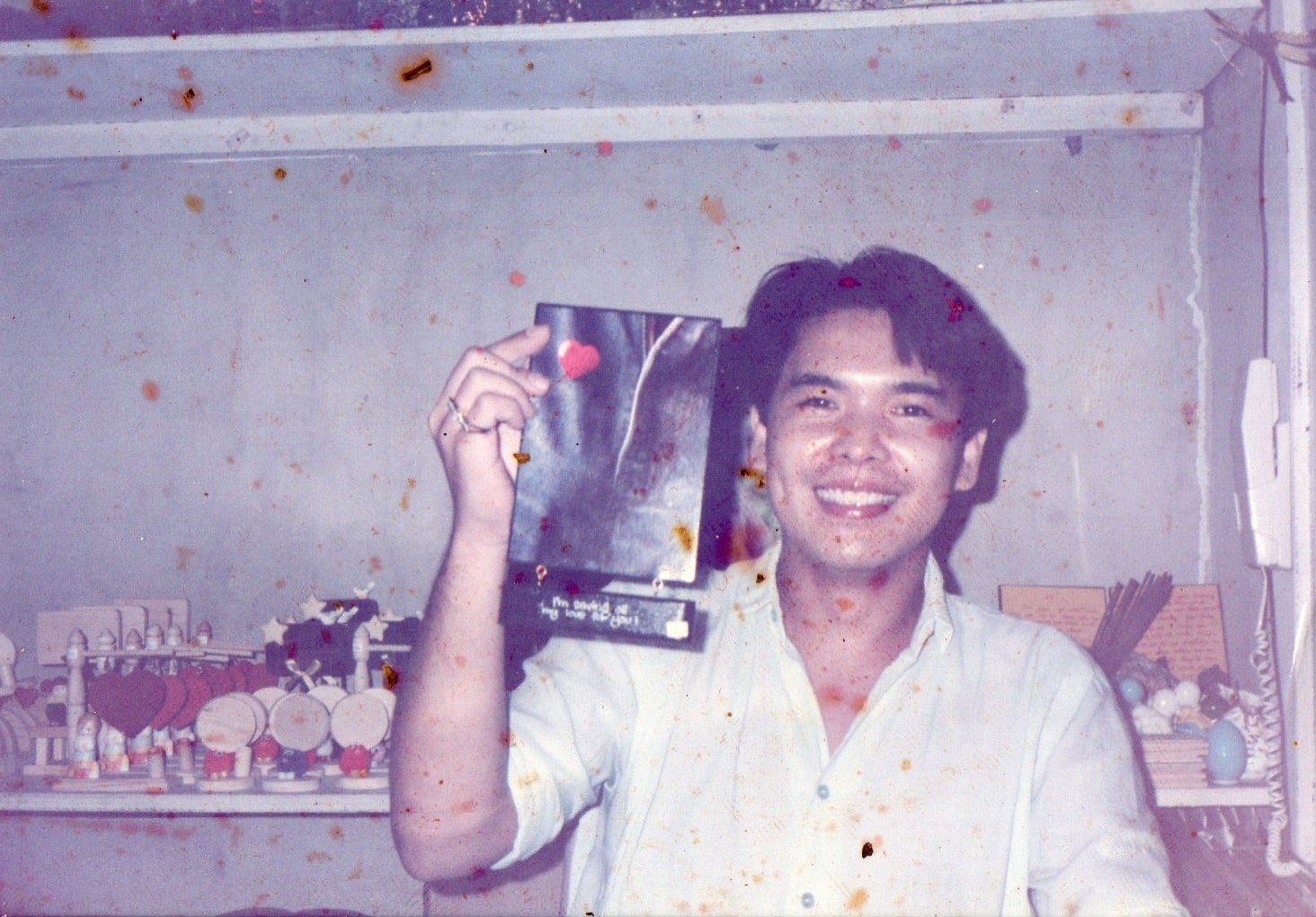 Any kid from at least the late 1980s who fell in love—or at least had a school crush—knows that one reliable and affordable store for scoring cute, sweet, and romantic gifts: Blue Magic!

With its unmissable neon sign, the store and its knickknacks have become part of Filipinos’ Valentine’s Day celebrations since it opened its first branch over 30 years ago in Quezon City. Popular mostly for their stuffed toys, Blue Magic! initially sold handcrafted wooden items that carried messages of friendship, love and gratitude, says Denise Limgenco, sales manager, and niece of founder Rodolfo Martin “Jun Jun” Limgenco Jr.

Limgenco started the business in 1985 with “the Filipino culture of gift-giving in mind,” Denise says.

“Filipinos are innately sentimental, thoughtful gift-givers. Our founder, in fact, is one of the most generous people we know,” she adds.

The brand name was inspired by a blue carpet, which Limgenco saw when he visited his first store before its opening at Ali Mall, Cubao. The carpet had blue stars—like the ones we see in the Blue Magic! logo—and to Limgenco, the combination represented the dream he had achieved, which was to run his own store. 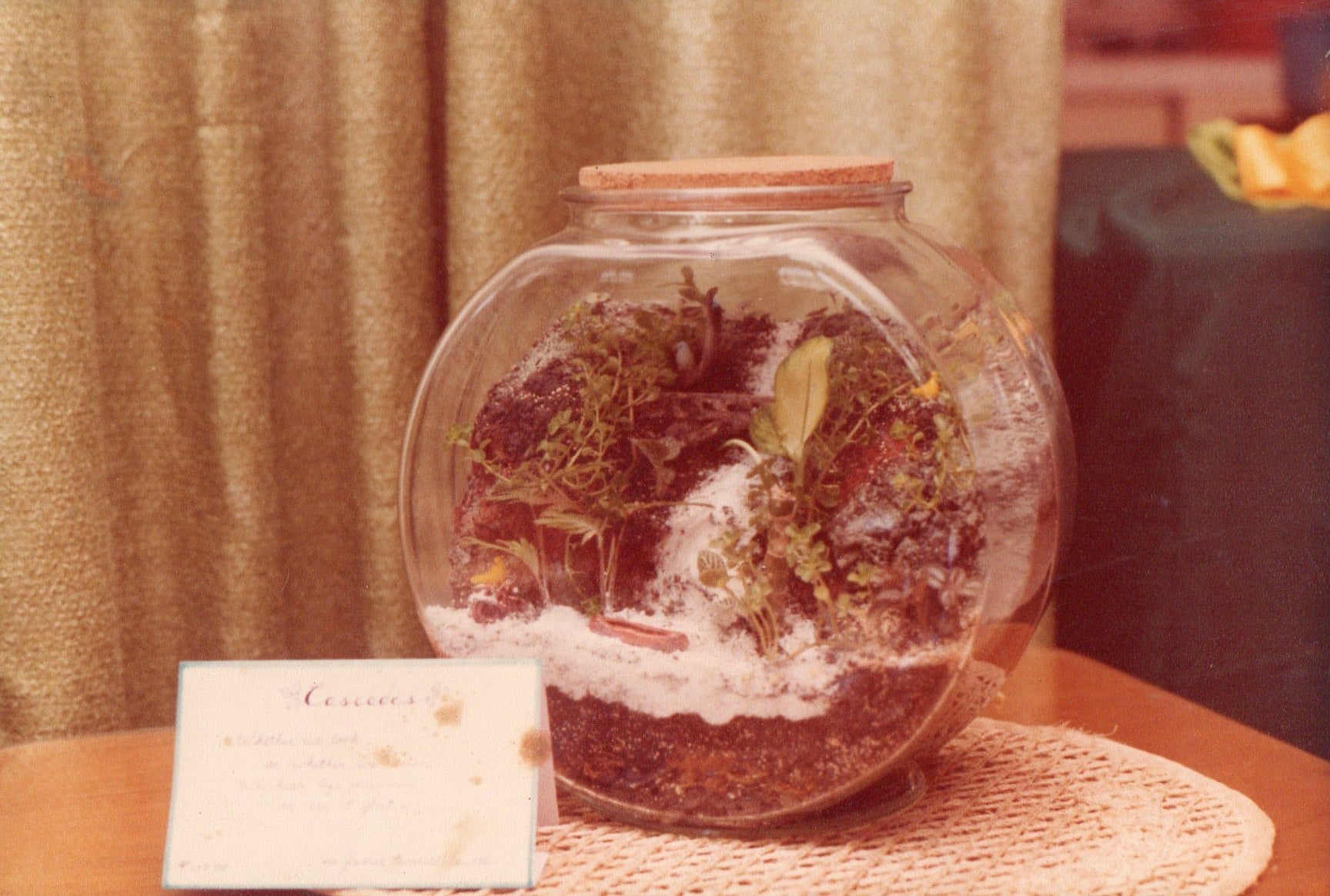 Before Blue Magic!, founder Jun Jun Limgenco used to sell these dish gardens, which he created by hand.

Blue Magic!, however, is actually Limgenco’s second venture; his first was a business selling dish gardens, which he crafted by hand himself. He began selling those in a small space at Makati Cinema Square, outside his uncle’s lamp shop, traveling to Tarlac to buy the plants (they were cheaper there), then to Farmer’s Market in Cubao to buy decorative rocks and stones. He would then assemble the dish gardens in his Novaliches home before finally traveling to Makati to sell his wares.

The tedious routine—he would travel only by bus—was one that Limgenco diligently stuck to, Denise says, until he decided to take the risk of opening his own shop in Ali Mall. The decision came on the heels of his father’s death in 1984; coming from what Denise describes as “a very simple family,” Limgenco took it upon himself to provide for his five younger siblings, who were all still studying at the time.

His shop was initially called Il Verde Manile, and there he continued to sell his dish gardens, plus a new line of ceramic items. His products then evolved into wooden handicrafts—and soon, Blue Magic! was born. 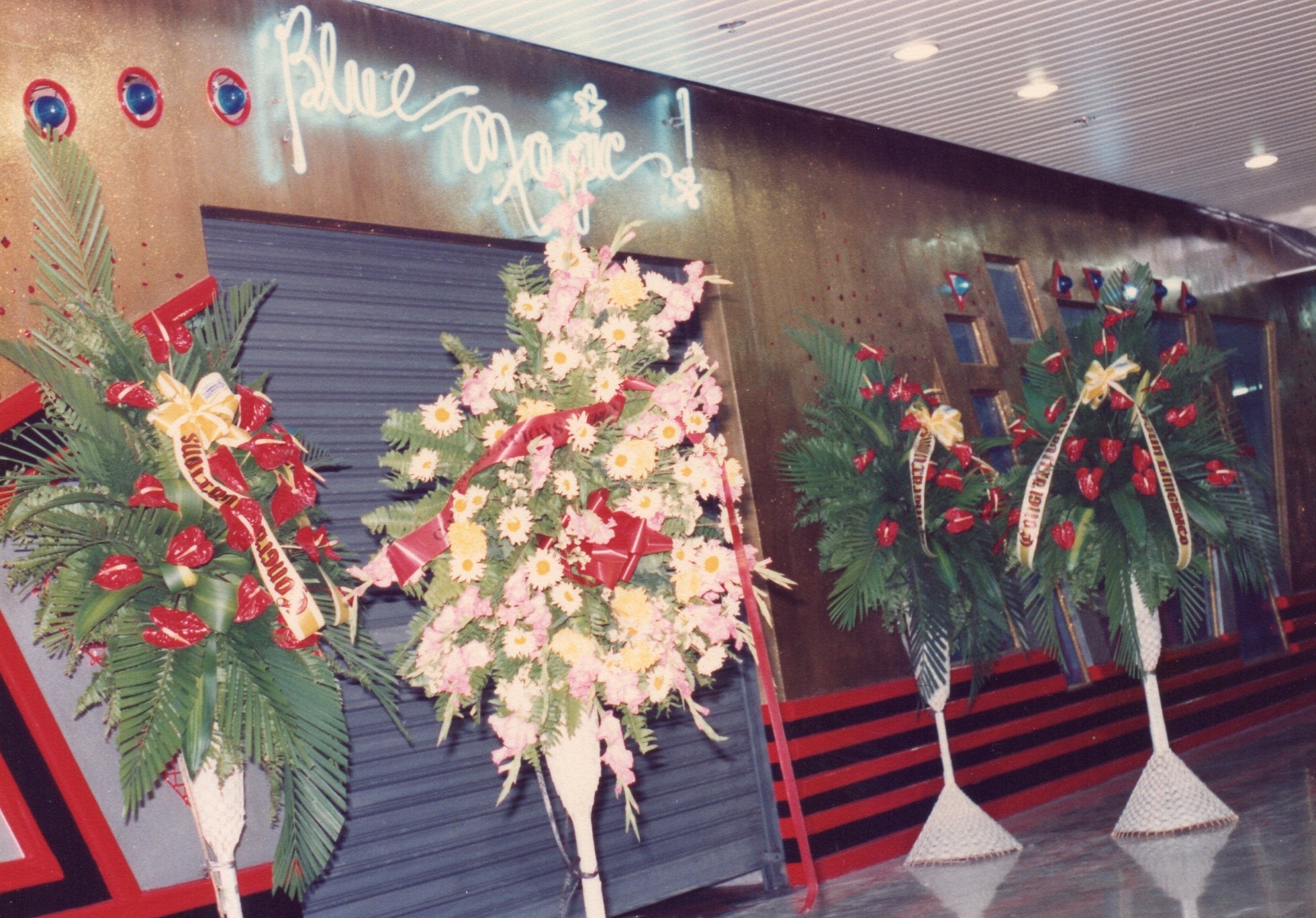 Blue Magic! now has 45 stores all over the country – 38 in SM malls – with recently opened branches in Davao, Bacolod, Dagupan and Urdaneta.

The continual expansion exhibits how the brand has stayed attuned to its consumers wants and needs.

“We go where our customers go. We’re online on Facebook, Instagram and Twitter. Also, we have our own online shop, and have tapped into popular online shopping platforms like Shopee, so customers from all over the world could enjoy the convenience of buying and sending gifts right from the comfort of their homes to their loved ones anywhere in the Philippines,” Denise says.

And as many people who grew up with the brand will most likely attest to, Denise says their customers are usually introduced to Blue Magic! during their early years in school.

“Many of our loyal customers were first introduced to Blue Magic! in grade school, and oftentimes they purchased our wooden items and scrolls to give to their teachers and classmates,” she says. “As they stepped into high school, they tended to look for bigger items, like pillows and small stuffed toys to give their friends. As they experienced their first love or got into their first romantic relationships, they began to buy bigger stuffed toys as gifts.” 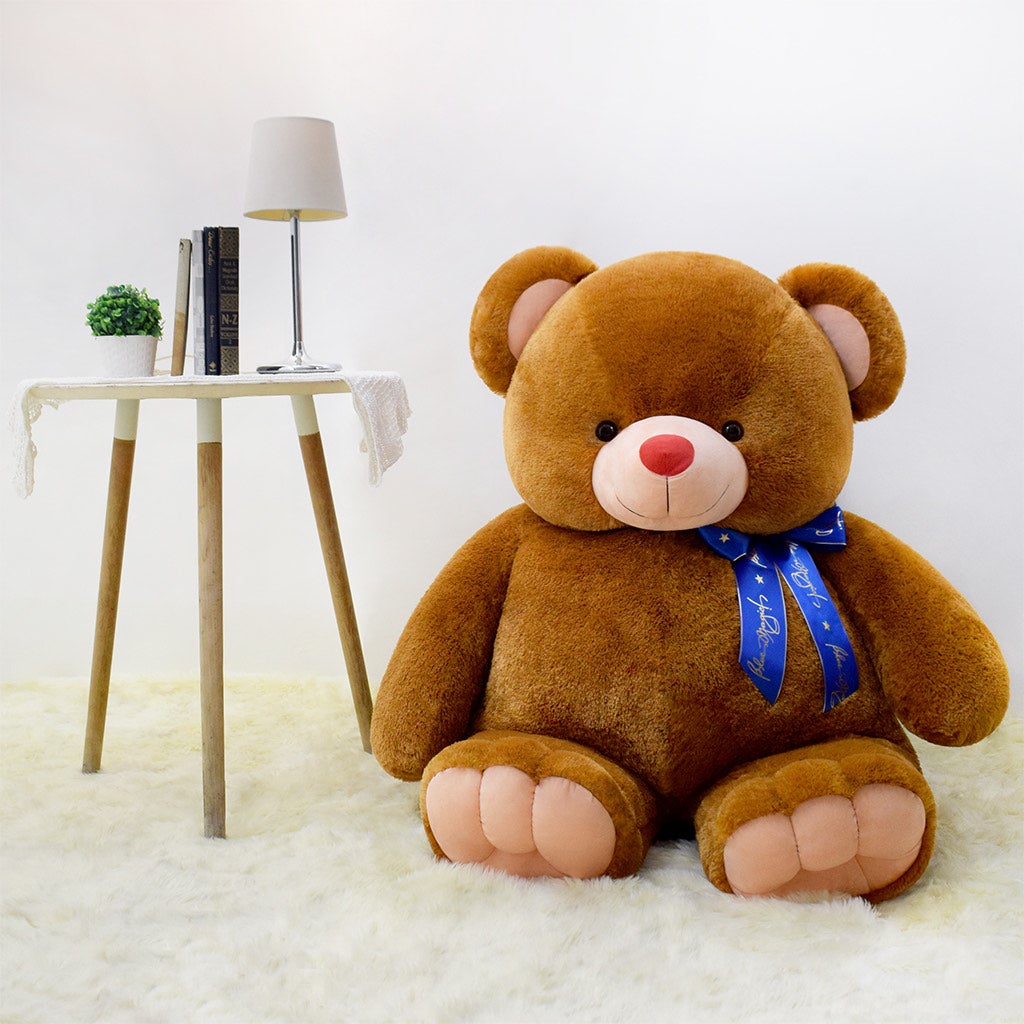 Denise confirms that Valentine’s season is, until now, one of their busiest, paralleled only by Christmas and Mother’s Day. The brand, however, with a current inventory of around 10,000 items, offers gifts for anyone of any age, and for any occasion (and even if there is none).

“We offer just-because gifts for those times when you don’t need a reason to give—gifts that can make even ordinary days extra special,” Denise says. “Blue Magic! believes that love should be celebrated not only every Feb. 14, but 365 days a year.”

Love, it seems, has propelled Blue Magic! to the success it enjoys today, especially since the business remains managed and run by the family. While Limgenco remains a hands-on founder, his only sister Rosemarie, general manager and president, oversees their entire operations.

“Blue Magic! is a family business also in the sense that all members of the organization work together like a family. We live by the same values that Jun Jun learned from his mom and dad—generosity, hard work, and love for family,” Denise says. “We do this because we believe that there is magic in giving.” 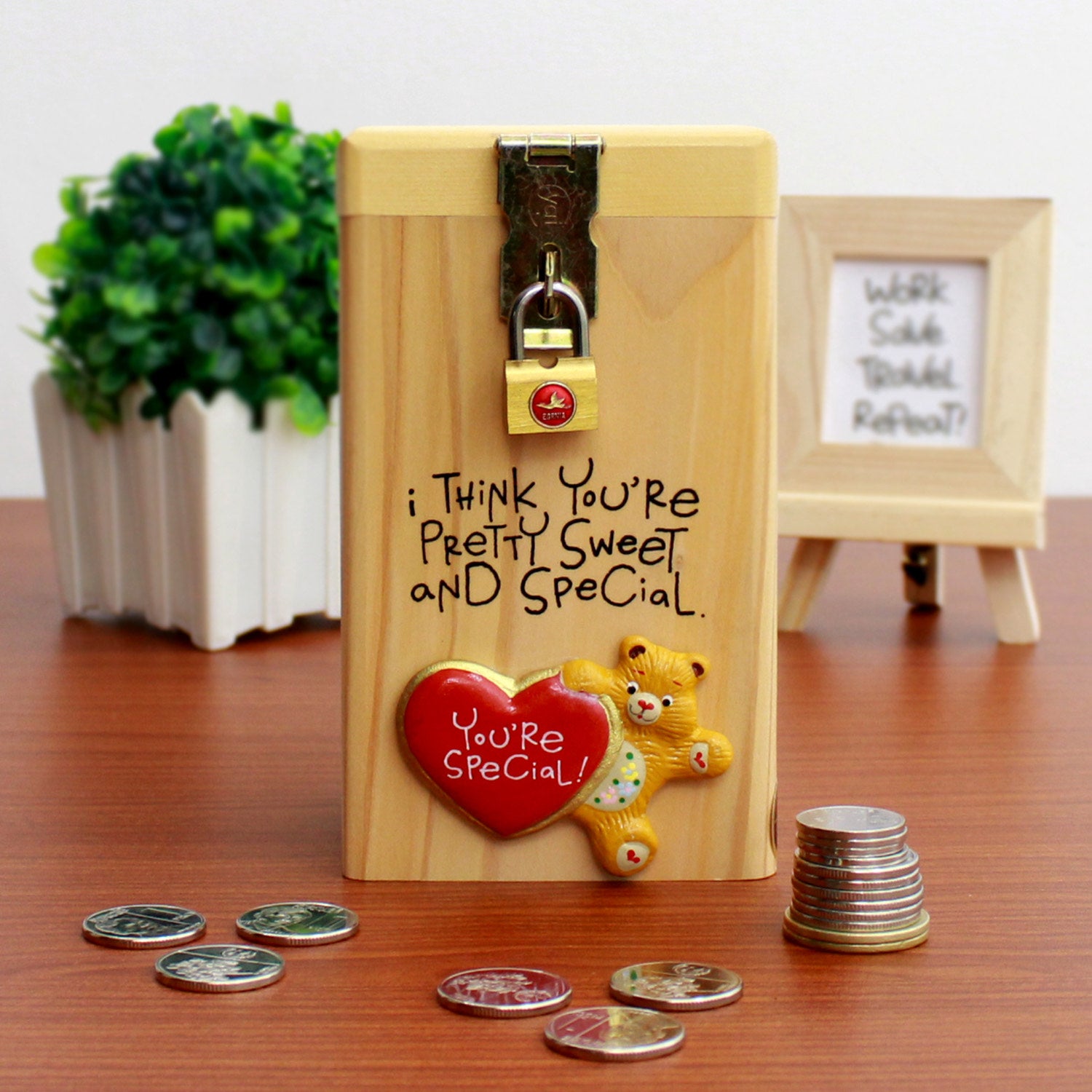 Read Next
On marketing meals that are good for your heart
EDITORS' PICK
Gamboa to regional chiefs: Stop jueteng in 1 week or face relief
Gamboa: Let provincial chief deal with Espenido’s ‘gag order breach’
Gov’t sends home 30 Filipino repatriates as quarantine period ends
The fight of the decade: The Gypsy King vs The Bronze Bomber
Tokyo 2020 postpones volunteer training over virus fears
Mallorca City: Home of Cavite’s finest industrial hub
MOST READ
Honda to shut down Laguna plant
LOOK: Heart Evangelista wears ‘Quiapo headband’ at Paris Fashion Week
Mark Bautista on love: ‘She has to be understanding of my situation, that I’m bisexual’
‘AshMatt’ nuptials: ‘Divine knowledge’ leads to blotter entry
Don't miss out on the latest news and information.