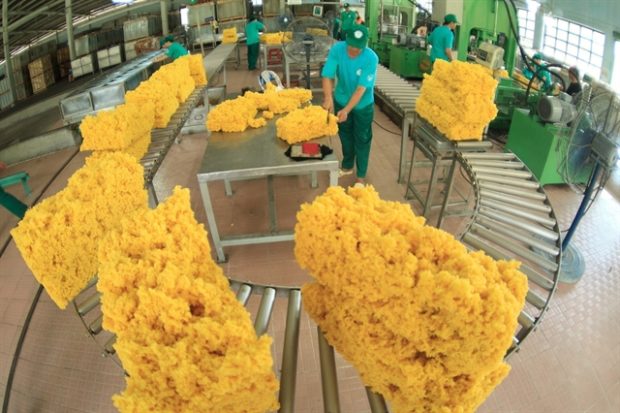 HANOI — Vietnam might fail to achieve its 6.8 percent GDP growth rate target set earlier this year as the novel coronavirus epidemic continues to take a heavy toll on the global economy, according to the Ministry of Planning and Investment.

In a meeting on Wednesday chaired by the Prime Minister Nguyen Xuan Phuc to look at revised growth scenarios in the wake of the devastating COVID-19 (the new name of the virus), the ministry said if the outbreak is contained within the first quarter this year, 2020’s GDP growth target will be 6.25 percent, 0.55 percentage points lower than the previous goal.

In case the disease is contained in the second quarter, the Vietnam’s economic growth this year goal will be 5.96 per cent, 0.84 percentage points lower than the original.

The ministry cited Professor Warwick McKibbin from the Australian National University, who counted losses for the world economy due to the SARS outbreak in 2003 at US$40 billion and put the damages from COVID-19 at triple or quadruple this number at $120-160 billion.

It also said Vietnam would suffer “significant impacts” due to its open economy, long border and busy trade with China, which have already manifested through the plummeting number of tourists, disrupted supply chain, and backlogs of Vietnamese agricultural produce at Chinese border checkpoints.

Speaking at the meeting, PM Phuc said the Government’s best efforts to combat the disease have been paying off and the outbreak is still “under control”.

“However, we can’t merely focus on fighting the disease, while neglecting other duties like ensuring national security and defense or social welfare,” the Government leader said.

Amid the unpredictable developments surrounding the outbreak, if Vietnam is to continue to act as normal, the country’s growth will certainly suffer, PM Phuc said, asking for a “higher degree of efforts, more detailed and timely measures that can cope with the situation”.

He said that there’s no reason to revise growth target at the moment, asking the Ministry of Planning and Investment to draw up plans to keep the rate at 6.8 per cent, especially the growth for the second half of 2020.

He stressed that there are fights that should be waged on both fronts – against the COVID-19 and the “virus of stagnancy”, meaning using the disease as an excuse for inactivity, which could undermine efforts to overcome the worst impacts of the disease.

The Vietnamese Government leader said measures must be found to resolve difficulties in all sectors from commerce to tourism or import-export activities, underlining the need for more robust restructuring of the economy and considering options such as stimulus packages, accelerating disbursement and lowering interest rates and fees.

Necessities like electricity, health, education and other public services will not be subject to any price increase for the moment, PM Phuc said.

Prioritizing domestic market and expanding exports and imports to other international markets will also be high on this year’s agenda, the Government leader said.