A leader beyond ordinary | Inquirer Business

A leader beyond ordinary 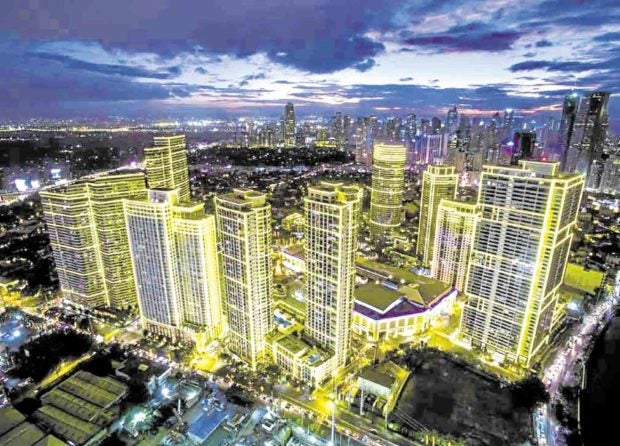 Creating landmark developments beyond ordinary is innate in Rockwell Land

It takes a different kind of skill, competency, even intellect and ingenuity for a leader to successfully build an empire and continuously steer it to higher ground.

More so, if you’re building it from ground up, as with the case of one upscale developer, whose pursuits began with roughly an eight-man team 25 years ago.

What was essentially then a start-up company has become the famed Rockwell Land Corp., which has carved its own niche and created a distinct signature that remains unrivaled in the Philippine real estate industry. Headed by its president Nestor “Tong” Padilla, who has been at the helm of this upscale developer since it was established in 1995, Rockwell Land today enjoys a solid reputation and a strong foothold—such that a mere mention of the brand alone already connotes incomparable levels of service, comfort, quality, and opulence.

As Rockwell Land celebrates 25 years this 2020, Padilla shared a few valuable insights as he recalled the hardships, the challenges, the lessons learned, and sweet successes that continue to steer the company to higher ground.

“When I took this job, it was a start up with just eight people. Look at what we have achieved so far,” Padilla said. “We’ve had a good run—a good 25 years —and I believe that if we are to have an exciting next five years and beyond, it is the current team and the new blood that will now continue the Rockwell story.” 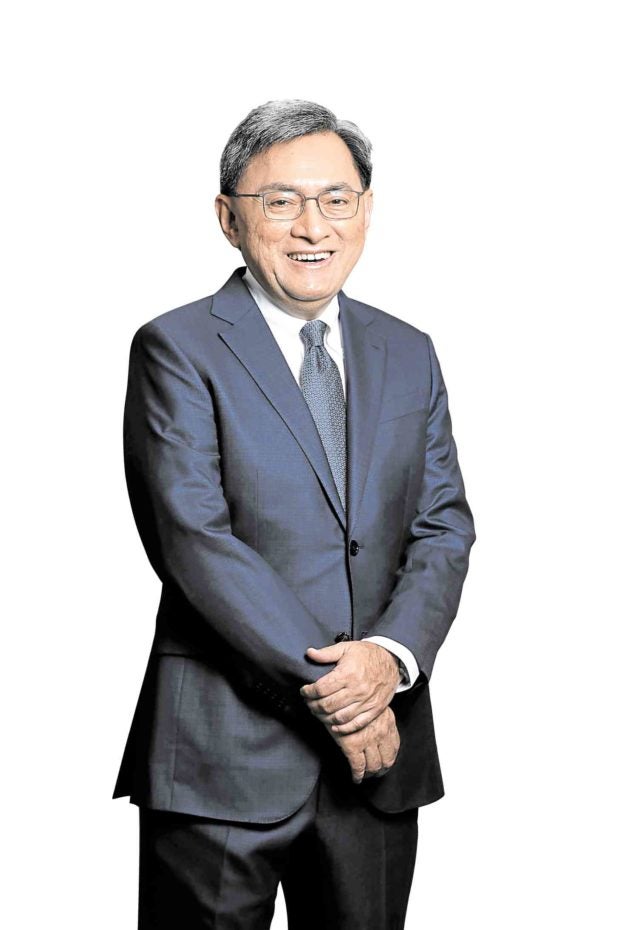 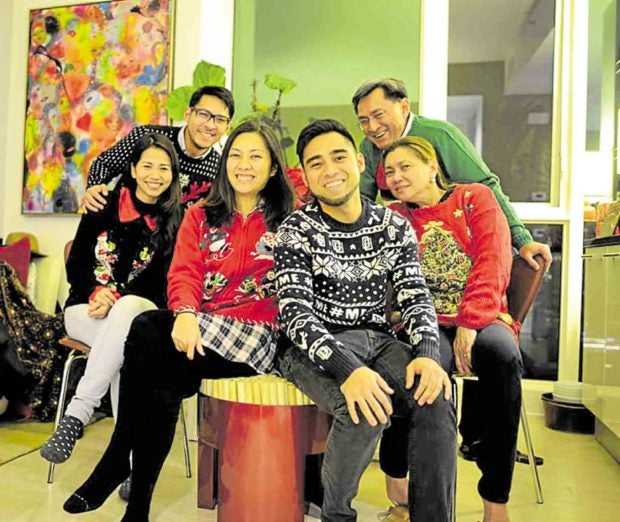 That story is comprised of Rockwell’s flagship project, Rockwell Center, which today continues to command the highest land values and rental prices in the metro and has also remained the most coveted address by the affluent few. This prime Makati property is one dynamic complex that is home to upscale residences, a shopping mall, offices and lifestyle hubs. The company has since expanded its portfolio to include similar upscale projects in Quezon City, Pasig City, Muntinlupa City, Bacolod City in Negros Occidental, and the provinces of Cebu, Laguna and possibly, Iloilo as well.

If anything, it’s the people who have been instrumental to Rockwell’s exceptional success story. It’s their loyalty, discipline, and devotion, and this is why Padilla would always make sure that the company rightfully recognizes its people.

“By recognizing their achievements, by simply saying hello to them and making them constantly realize that this company is theirs too, you encourage them to work harder. I believe that having that chemistry, common values and beliefs is very important as this will allow everyone to get better,” Padilla explained.

Even the customers, be it the buyers and investors, the mall goers, the office locators, or those who stay in their hotel, are equally important, according to Padilla. 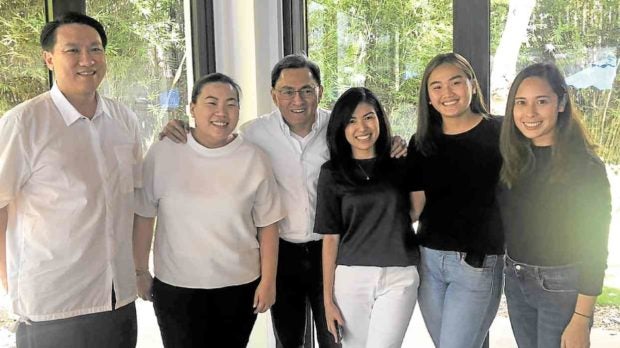 Padilla and his team continue to steer Rockwell Land to higher
ground. 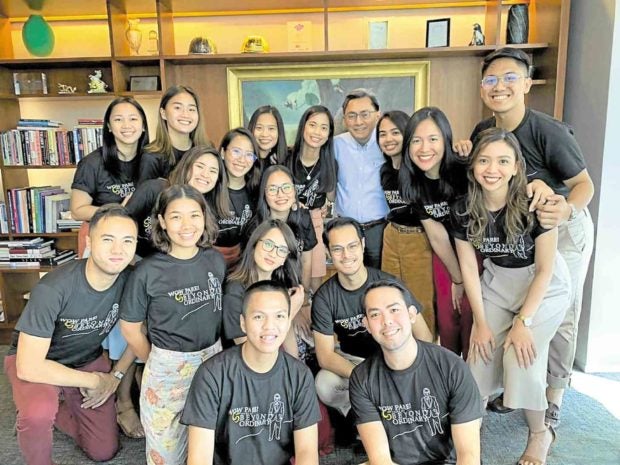 “The brand’s success is shaped by both our people and our customers because we can’t do it alone. If you work hard to please the customer but they don’t respond, then everything you do will be (for naught). So apart from taking good care of our people and showing them genuine concern, our customers must also be given the same kind of service because if you do more for them, then chances are, you’ll gain more,” Padilla explained.

“If you give them a nice project and they say congratulations, then all the more you will strive to do a better product. This, I believe, is how a brand is strengthened. It is built through the interaction of the customer and the people of Rockwell, even for people who don’t actually live here but go to the mall either to hear Mass or to simply experience what we have to offer,” he added.

As the company continues to strive to do better and more in creating upscale, sustainable, landmark commu-nities for a growing well-heeled clientele, it eventually paved the way for its people to develop a “beyond ordinary” mindset—one that allowed Rockwell Land to remain incomparable and ahead of the pack. It was clear from the start what Rockwell had set out to accomplish—a name synonymous to craftsmanship beyond ordinary.

And given what Rockwell has phenomenally achieved thus far, it’s evident that it has gone even beyond its “beyond ordinary” mantra.

“When we started, we made sure to follow a simple strategy, and that is to take the high ground because we believe that if we go for it, no matter what happens you will always strive to keep your place there. If you take the high ground and stay true to that, then it will be hard for people to cut you,” Padilla said.

In fact, even from simple Christmas parties or events, one could already feel the competitive spirit of the team and the desire to constantly go beyond ordinary but without losing genuine concern for their fellow Rockwell employees. 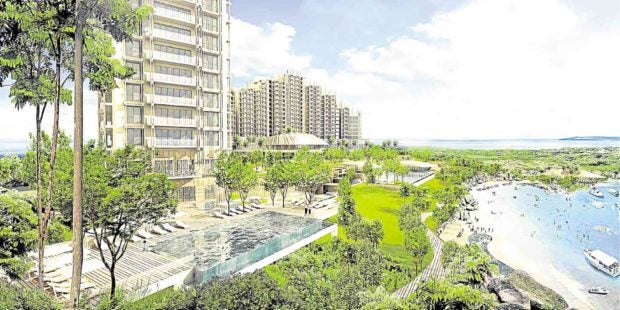 “Whether it’s a Christmas party or the way we celebrate birthdays and anniversaries, our get-togethers are always seen as an opportunity to level up. This is also our way to get everybody to think the same way. When you feel the competitive spirit, that’s where you also take the high ground and perform your best,” Padilla shared.

He, however, admitted that the challenge now is that everybody’s trying to also go for the high ground. This meant that they will need to keep working hard for Rockwell Land to continuously up the ante and remain there, in that high ground.

“Yes, it gets harder and harder each time because everybody is trying to beat you, but you just really have to constantly raise the standards,” he added.

But it’s easier said than done. Padilla admitted that they went through difficult times as well, like any other business. But this is also where Padilla learned the importance of stamina—physical, emotional and intellectual stamina, which could get anyone through tough times. 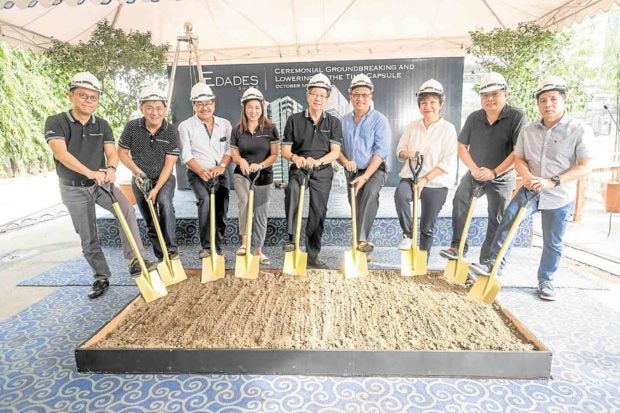 With Rockwell officials and stakeholders during the groundbreaking of Edades

“As an organization, it gets harder because watching over eight people is not the same with 700 or now, more than a thousand. Thus, I always tell the people, especially the heads, that what we all need and what we shouldn’t forget is the importance of having that physical, emotional and intellectual stamina because we can’t just stop, we can’t give up. As there is a high standard that we must always set and meet, these three things would be crucial,” Padilla explained.

“I remind them that they can’t just give up when faced with a difficult situation. There will always be disappointments, there will always be difficult customers or even bosses, but if you have the will and the stamina, then you can weather any storm. You just have to never stop until you’re fully satisfied. This is the mantra we follow even for our projects,” he shared.

Beyond challenging oneself to be better every single day, Padilla further shared one of the secrets to Rockwell’s astounding success—placing importance and value on relationships. It can be between Rockwell and its employees, customers, and even its partners. Padilla believes in having the right chemistry, even when choosing areas to build their project.

“It’s important not to force things. Genuine chemistry is valuable especially when it comes to project building. For us, land acquisition and project development are both a physical and an emotional process. It’s not only transactional. It’s more importantly about giving the people their hard-earned money’s worth,” Padilla claimed. “And this applies even when it comes to choosing our next location or project. The research is really more deliberate. Yes, we are slower compared maybe to others, but we also know that when a sale happens, you know it’s good, it’s perfect,” he added.

On his 25th year in Rockwell Land, Padilla already has his hands full and his heart bursting with pride for he managed to build a company that can only be the envy of many. Rockwell Land has the Nara project in Bacolod, Carmelray in the South, and Aruga Resorts and Residences in Mactan in its portfolio of products. Soon the company will launch projects in key growth centers like Iloilo and the vibrant north.

But while the prospects seem bright, the 65-year-old Padilla believes it’s always best to practice caution and be prepared for any eventuality. He stressed the need for one to always move with certainty and to understand deeply the fundamentals of the business —just like how Rockwell Land has managed to outstandingly survive several boom-and-bust cycles in the Philippine economy. 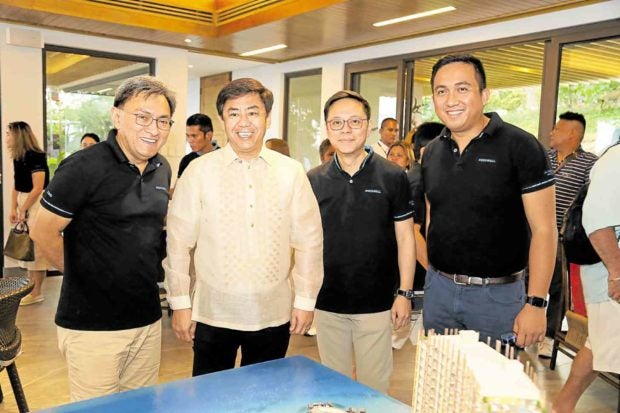 “It’s good for one to always dream big and make those dreams come true. This way, even during hard times, you will have the will to achieve your aspirations. I always tell my people to constantly strive to go beyond the ordinary,” Padilla shared.

Indeed, Padilla’s legacy lies not just on the landmark structures that he and his company have built, but also on the way he managed and inspired his people to be the best versions of themselves while riding on a ship that he himself steered towards the high ground.

“Rockwell Land is a product of people’s blood, sweat and tears. I think my greatest contribution to the company is that, as a captain of the ship, I helped the company weather all the tough times in those 25 years. Yes, it wasn’t easy, but we’ve weathered the storms and look what we’ve managed to achieve in all those years,” Padilla concluded.