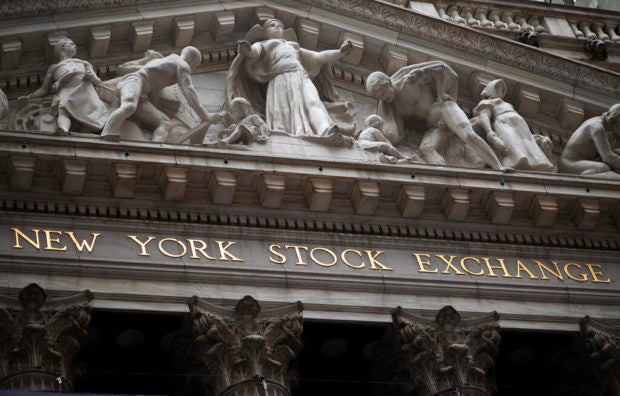 Stocks fell sharply on Wall Street Friday as fears spread through the markets that a virus outbreak emanating from China will dent global growth.

The Dow Jones Industrial Average skidded more than 600 points and the S&P 500 index erased its gains for January.

Technology companies, which do a lot of business with China, led the losses. Airlines fell after Delta and American suspended flights to and from the country.

Just two weeks ago, the S&P 500 had closed at an all-time high, having climbed around 13% since early October. A preliminary trade deal signed by the U.S. and China earlier in the month eased a big source of uncertainty in the markets. Volatility was running at 12-month lows and even a dust up between the U.S. and Iran didn’t rock markets.

Then came the virus outbreak in China.

Markets around the globe have sold off on concerns about the potential economic impact of the outbreak. Hong Kong’s Hang Seng fell 5.9% this week and South Korea’s Kospi dropped 5.7%. Markets in Europe declined as well. The U.S. stock market, which had calmly been setting record after record, suffered its worst January since 2016 and its first monthly loss since August.

China’s stock markets reopen Monday after being closed since Jan. 23 for the Lunar New Year. A lot of pent-up selling has likely built up in the meantime.

Some funds that try to mimic the movements of Chinese indexes are still trading in the United States and elsewhere. These exchange-traded funds, or ETFs, are moving on investors’ expectations for where Chinese stocks would be if markets in mainland China were still open. The Xtrackers Harvest CSI 300 China A-Shares ETF tracks an index of large stocks that trade in Shanghai and Shenzhen, for example. It’s down roughly 9% since Jan. 23.

The virus has infected almost 10,000 people in just two months, mostly in China. The World Health Organization has declared the outbreak a global emergency, a designation that signals that the virus is now a significant risk to other countries and requires a global response. The death toll stood at 213, including 43 new fatalities, all in China.

“It seems like the equity market is now coming around to the realization that maybe this is something that may linger for some time,” said Sameer Samana, senior global market strategist at Wells Fargo Investment Institute.

Amazon was a rare bright spot in the market Friday. The online retailer surged 7.4% after blowing past Wall Street’s fourth-quarter profit forecasts. The company said Prime membership exploded 50% since it last disclosed that figure in 2018.

Bond prices rose, a signal that investors are seeking safety. The yield on the 10-year Treasury fell to 1.51% from 1.55% late Thursday.

In another sign of how much fear is in the market, the yield on the three-month Treasury rose above the 10-year yield, a relatively rare occurrence that hasn’t happened since October. Investors see such inversions as a fairly reliable warning signal of a recession within a year or so, though the track record isn’t perfect.

Economists are scrambling to calculate the virus’ impact on China’s economy. The Chinese economy is far bigger and more closely integrated with the rest of the world than it was at the time of the SARS outbreak 17 years ago. China now accounts for 16% of global economic output, up from 4% in 2003.

Ben May, director of global macro research at Oxford Economics, estimates that the virus will shave 0.4 percentage points off Chinese economic growth this year, leaving it at 5.6%, the slowest since 1990, and reduce global growth by 0.2 percentage points to 2.3%, the weakest since the financial crisis.

Others expect a repeat of the SARS experience: a quarter or two of weaker Chinese growth followed by a quick and full recovery with limited fallout worldwide.

“History suggests that unless the end of the world is going to be caused by this flu-like virus, it will prove to be only a slight headwind for the global economy,’ Carl Weinberg, chief economist at High Frequency Economics, wrote in a research report.

Concerns over the potential impact the virus could have intensified Friday after the U.S. State Department warned against travel to China and some U.S. carriers responded by suspending flights.

The move by U.S. airlines helped deepen a slide in oil prices. U.S. crude fell nearly 6% in January, a decline that coincides with a sell-off on energy stocks. The sector is down 11.2% for the year, the biggest decliner in the S&P 500. Industrial stocks, which include airlines and other transportation companies, also ended the month in the red.

Exxon Mobil slid 4.1% after the country’s biggest oil producer’s profit slid more than 5% in the fourth quarter and fell short of Wall Street forecasts. Rival Chevron fell 3.8% after it posted a quarterly loss of $6.6 billion.