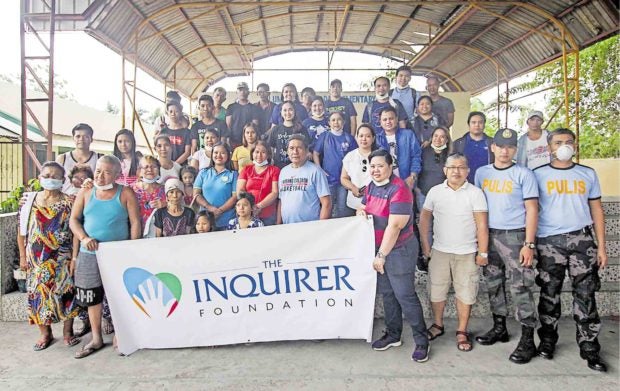 Inquirer volunteers with some of the displaced families taking temporary shelter at the Lumbang Calzada Elementary School in Calaca, Batangas.

Its purpose went beyond to educate and inform. It turned out to be far more meaningful, especially for families displaced by the Taal eruption.

The recently held property market outlook forum of the Philippine Daily Inquirer’s Property Section allowed the team to share its blessings to those affected by the eruption of the Taal Volcano. Part of the proceeds from this forum, entitled “State of Real Estate: A Clear Vision for 2020”, was donated to Inquirer Foundation, the social responsibility arm of Inquirer Group of Companies.

It has always been the goal of the Inquirer Property Section to go beyond innovating and finding new ways to deliver hard news and light features. It seeks to make an even bigger difference to the community by helping improve and rebuild the homes and lives of individuals. Or, at the very least, provide some relief to those who are involved in real estate industry.

For instance, with the support of its partners and advertisers, Inquirer Property conducted a surprise activity during Labor Day to pay homage to the construction workers.

Inquirer Property has also been working nonstop to ensure that homes and institutions that provide shelter to the abandoned, abused, sickly and orphaned are also given attention and attended to, such as Missionaries of the Poor where it has donated cash and goods.

A day before the forum, the Inquirer Property team joined the Inquirer Foundation and other Inquirer volunteers, who went to two barangays in the municipality of Calaca, Batangas to conduct a relief drive.

In Barangay Lumbang Calzada, 74 families were the beneficiaries of the Inquirer relief drive. Volunteers distributed packs which contained noodles, coffee, canned goods, bananas, mats, blankets, mattresses, water, and clothes to families hailing from the calamity-stricken municipalities of Talisay, Agoncillo, Laurel, Lemery. Apart from the 74 families taking shelter in Lumbang Calzada Elementary School, there are more than 100 families who sought shelter in the barangay. 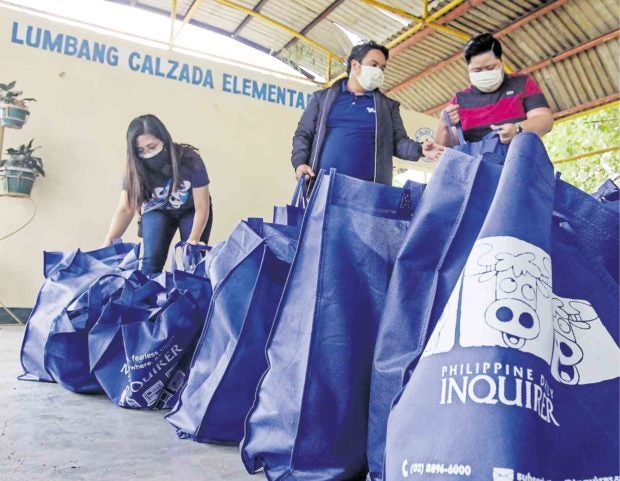 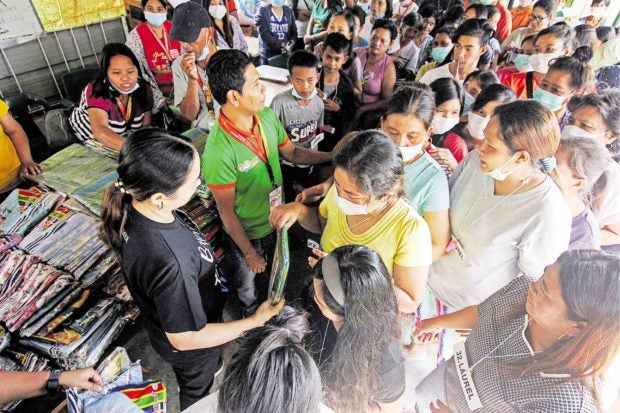 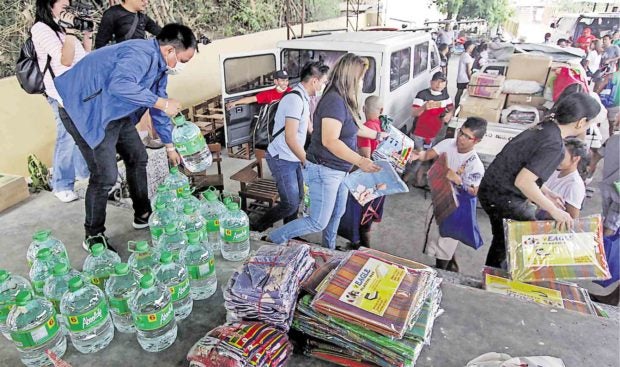 Lumbang Calzada has started to get a lot of donations, said its barangay captain Jasmine Malabanan, despite the relative difficulty of reaching this part of Batangas. Although this area was not devastated as those within the 14-kilometer danger zone, the roads were narrow and dusty, strewn with fallen branches and dried leaves.

A tearful Elsa Bancolita, 62, expressed her gratitude to companies like Inquirer who made their way to this barangay to help alleviate their plight.

“Our homes were devastated. We left our animals there and our livelihood. We don’t know how long we have to stay here because we were told that the volcano is still on alert 4 and that it hasn’t really erupted. When Taal erupted in 1965, it was just one big eruption and it was over. We just hope and pray that this will soon be over. We are just thankful that we have companies like you (Philippine Daily Inquirer) who bring us (relief goods). But still, we would just want all this to be over,” Bancolita shared.

Less than 10 kilometers from Lumbang Calzada is Barangay Baclas, where the Inquirer also conducted relief operations. A total of 119 families took temporary shelter at the Baclas Elementary School were provided the same set of relief goods.